Mikaela Shiffrin mastered a tricky course to win a women's World Cup downhill Friday for her fifth victory of the season and first in 2020.

Mikaela Shiffrin mastered a tricky course to win a women's World Cup downhill Friday for her fifth victory of the season and first in 2020.

The three-time overall champion from the United States was one third of a second off the lead at her second split but remained flawless on the rest of the technically demanding Marc Girardelli course.

"I was really excited about this track and the challenges in it," said Shiffrin, who earned the 65th victory of her career. "It's not easy. It's a little bit scary. At the start I was like, `OK, you got to get tough now.' It's for sure a nice track for me."

Shiffrin posted a time of one minute 29.79 seconds to beat Federica Brignone of Italy by 0.18 seconds, with Joana Haehlen of Switzerland five hundredths further back in third.

"I am really excited about how I skied," Shiffrin said. "It's a technical track so I was really trying to be aggressive and I felt better with my skiing than [in training] yesterday. I am really happy with that."

Marie-Michele Gagnon of Lac-Etchemin, Que., finished 13th for the best result of her career in the discipline, 2.06 seconds behind the winner. Her previous best was 26th at Lake Louise, Alta., in December.

"It's nice to get a good result. It's been a tough start to the season, so this feels really good," said Gagnon.

It was Shiffrin's second career win in downhill, more than two years after her maiden triumph in the sport's fastest discipline in Lake Louise, Alberta.

Friday's result ended a series of five races without win for Shiffrin, including two in the American's strongest discipline, slalom.

Brignone and Petra Vlhova of Slovakia had been steadily closing the gap in the overall standings, but Shiffrin has now extended her advantage again to 280 points over the Italian and 309 over Vlhova, who finished the race in sixth.

Brignone got to the podium for the sixth time this season.

"I felt not perfect down here," the Italian said. "For sure it's really tough to be really on the line and perfect. It's really bumpy, it's like a big GS. I tried to keep moving and I am really happy, really proud of myself."

Haehlen earned the first top-three result of her career.

The Swiss skier finished second in a downhill in Crans-Montana last season but was later relegated to fourth place after FIS corrected the results following faulty finish-line timing.

Haehlen had no previous top-15 result this season but posted the fastest time in the only training run Thursday.

Shiffrin's win propelled her to second place in the discipline standings, 37 points behind Corinne Suter. The Swiss skier, who won the previous downhill in Altenmarkt, Austria, two weeks ago, was 14th. 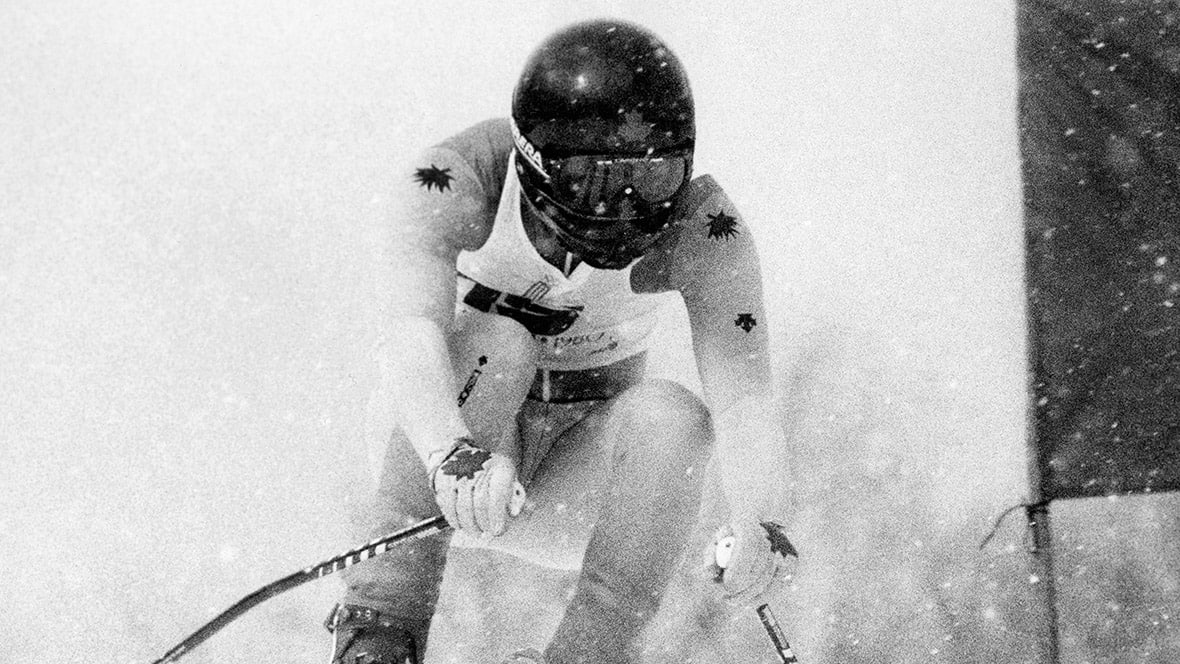 When the Crazy Canucks ruled Kitzbühel

The battle for the downhill season title remains wide open. Dating back to the 2018-19 season, the last eight races all had different winners.

Shiffrin wore start bib No. 16, enabling her to witness early starters struggle as several bumps were hard to spot on the shadowy course.

Thursday's training had been delayed by hours and ultimately took part under different light conditions.

Sofia Goggia of Italy, Tamara Tippler of Austria and Alice McKennis of the United States were among the racers thrown off the course after losing balance on a bump, but all three seemed unhurt.

However, Goggia had her right leg and ankle medically checked and though no injuries were found, she will sit out another downhill on the same course Saturday as a precaution, the Italian ski federation said.

Nina Ortlieb of Austria, daughter of 1992 Olympic downhill champion Patrick Ortlieb, was 0.25 seconds faster than Shiffrin at the third split before missing a gate.