Mikaela Shiffrin had her winning streak in slalom at world championships ended by Katharina Liensberger on Saturday as the title returned to Austria after 10 years.

Mikaela Shiffrin had her winning streak in slalom at world championships ended by Katharina Liensberger on Saturday as the title returned to Austria after 10 years.

Shiffrin had to settle for bronze after earning slalom gold at a record four straight worlds since Marlies Raich — competing under her maiden name Schild — won it in 2011.

This time, Shiffrin clocked one minute 41.48 seconds, 1.98 behind Liensberger, who posted the fastest times in both runs and stopped the clock in 1:39.50. Petra Vlhova, the overall and slalom World Cup leader from Slovakia, was one second behind the Austrian in 1:40.50 for silver.

After her triumph in Tuesday's parallel event, Liensberger became a double world champion but has yet to win on the World Cup circuit. 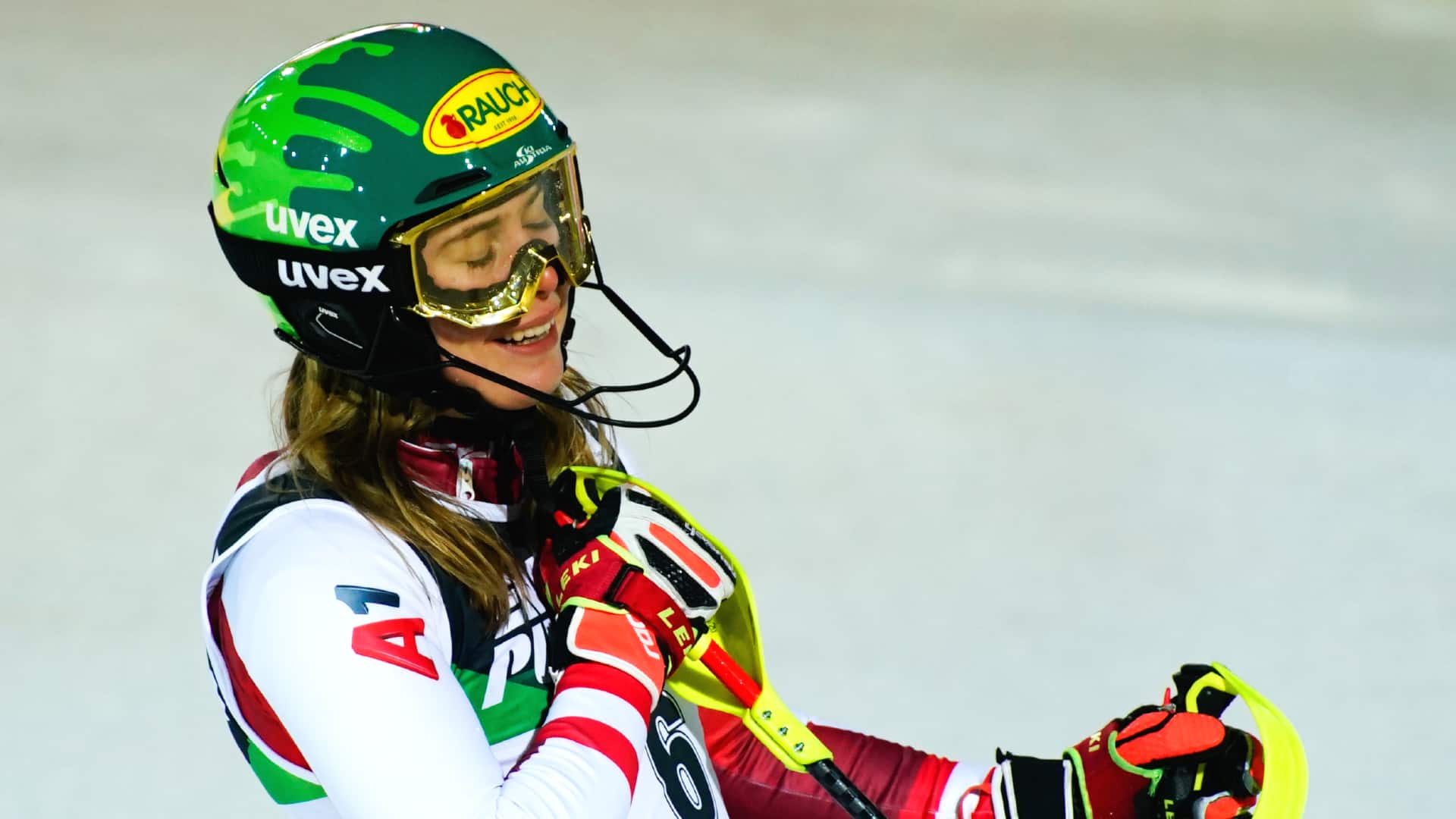 "I really gave it all today," Liensberger said. "I worked so hard for it, every single day in preparation. It's amazing that it all comes back. If you really want something, the whole universe, it's just happening for you."

Shiffrin earlier won gold in the combined event and took silver in giant slalom after opening the worlds with bronze in super-G. It made her only the fifth female skier to win four medals at one worlds, and first since Swedish standout Anja Pärson achieved the feat 14 years ago. 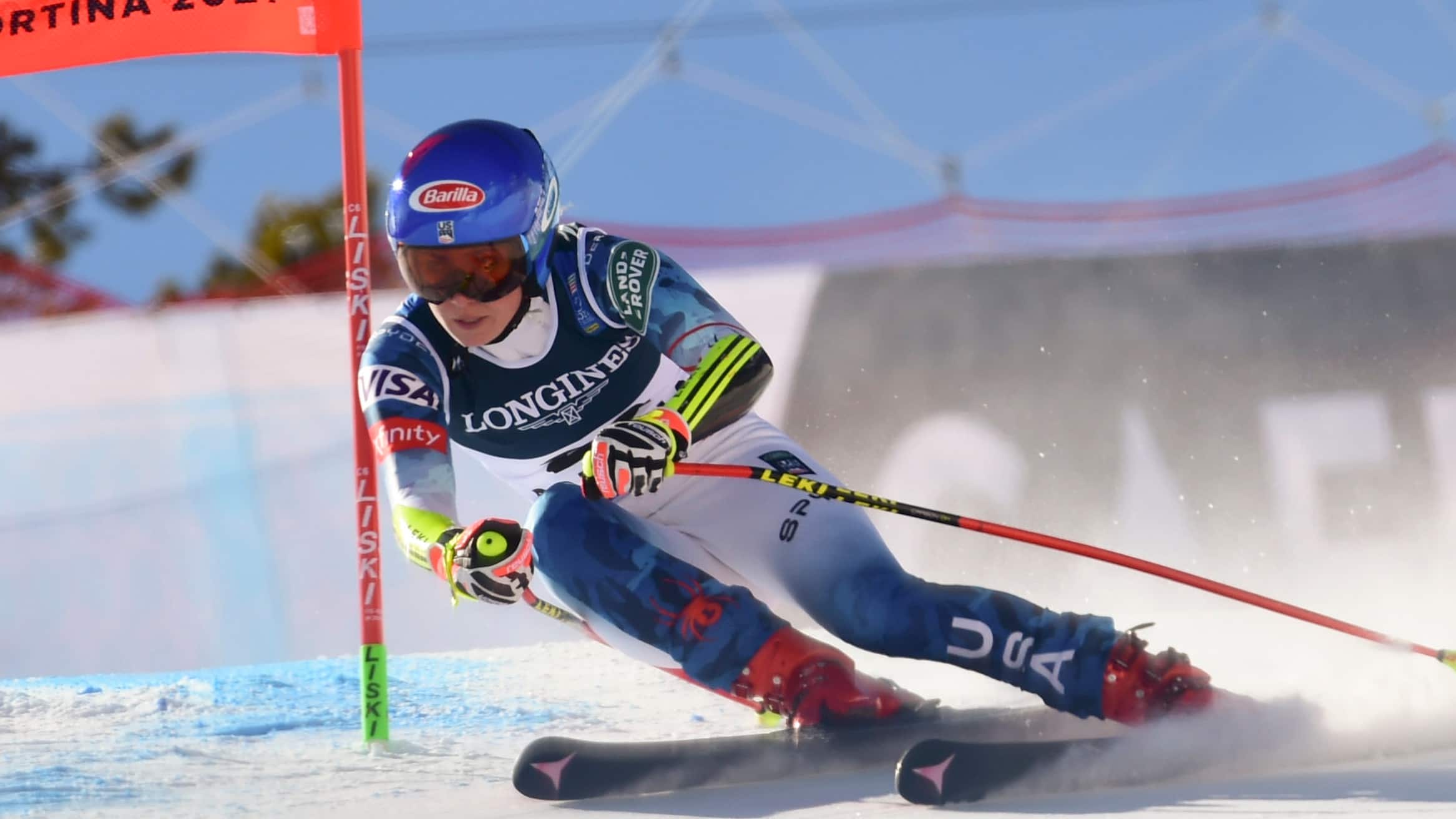 11 days ago
1:26
The American set new U.S. records with her sixth world title and ninth career world medal by winning the women's super combined at the world championships in Italy. 1:26

"It's incredible," the American said. "I don't think there was ever a time where I could have said 'I win four medals in one world championships.'

"But it's one thing to sort of dream about getting the medals, but in the moment when it counts, having good enough skiing to do it, especially for the world championships to do it four times, is really special," Shiffrin said.

This season is a different one for the American. She took a 10-month break from racing last year after the death of her father, Jeff Shiffrin, which was followed by the coronavirus pandemic and a back injury.

"If this was last year, I would be maybe disappointed but not as grateful for the good moments in the day," Shiffrin said.

"Maybe 'normal' is just going to be changing all the time. I have a different opinion of what normal means now," she said. "Here, in these last two weeks, every day had something really special, and it's something to smile about."

Liensberger certainly had something so smile about as well.

Her biggest triumph came 1 1/2 years after her career went off the track. An up-and-coming prospect in the Austrian team, she made a surprise switch from her ski brand Rossignol to another supplier, which led to a dispute with the Austrian ski federation.

Liensberger joined revived Austria-based ski brand Kästle but failed to find a fitting boot supplier as she wasn't allowed to use ski boots from a manufacturer outside the federation's supplier pool.

The dispute even led to Liensberger having to sit out the World Cup season opener in October 2019, but she re-signed with Rossignol the following month.

Podiums in all 5 slaloms this season

The move has kick-started her career.

In 11 World Cup slaloms since, Liensberger was never worse than seventh and racked up six podiums, including all five races this season.

It was fitting that her first win came at the worlds, as her late grandfather, Albert Liensberger, lived in nearby San Lorenzo di Sebato.

For a women's slalom course, the Druscie had an uncharacteristically steep start and a long pitch with a gradient of up to 60 precent. Also, conditions with grippy snow were considerably different from the icy slope used for the previous events at these worlds.

Only 65 from 107 starters in the opening run reached the finish.

Michelle Gisin, the only skier other than Shiffrin or Vlhova to win a World Cup slalom this season, straddled a gate early in her run on the course set by one her Swiss team's coaches.

The worlds conclude with the men's slalom on Sunday.