Lindsey Vonn says this ski season will be her last

Lindsey Vonn, widely regarded as the greatest female ski racer of all-time, will retire from competition following the 2018-19 season even if she fails to break the record for World Cup wins, the American said on Thursday.

American to retire regardless whether she breaks World Cup win record

Lindsey Vonn, widely regarded as the greatest female ski racer of all-time, will retire from competition following the 2018-19 season even if she fails to break the record for World Cup wins, the American said on Thursday.

The 33-year-old holds the women's record of 82 World Cup wins and trails only Swedish great Ingemar Stenmark's long-standing mark of 86.

"This is going to be my last season. Definitely retiring after this year," Vonn said in New York while moderating a panel on small businesses. 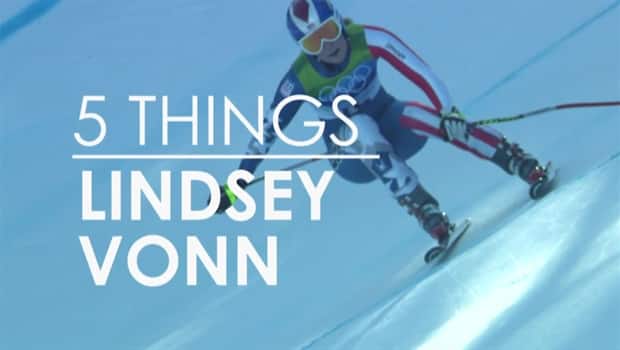 3 years ago
2:36
Sure, she's one of the most famous athletes in the United States and around the world for insane skiing skills, but what ELSE do know about Lindsey Vonn? Sophia Jurksztowicz fills you in. 2:36

"If I could break the record that would be amazing, if I can't it has been a great ride and I am still the most successful female and I still think that's something to be really proud of.

"So we'll just see what happens this year."

Vonn, who in 2015 founded the education-focused Lindsey Vonn Foundation, said she would turn her attention to launching her own business when she hangs up her skis.

"My experiences on the slopes have helped shape me into who I am today," she said on Twitter.

"I'm confident those same lessons will pay off as I begin to explore what's next for my career."

Since first tearing her ACL in 2007, Vonn has suffered frequent knee ligament injuries as well as broken bones. She missed the 2014 Sochi Games due to a serious knee injury which she has been managing ever since.

The Minnesota-born skier had said at the 2018 Pyeongchang Olympics that she would not quit until beating Stenmark's record.

"I am hoping that is just one season. I am not going to quit until I get that record, that is for sure, no matter how much pain I am in," Vonn said in February.

"But I really hope it only takes one more season because it would be difficult for me to continue on after that."

Vonn, who became the oldest women's alpine skier to win an Olympic medal when she picked up a downhill bronze in South Korea earlier this year, has also stated her desire to test herself against her male counterparts.

Vonn, who began skiing at the age of three and started racing at seven, picked up her first Olympic medal when she won gold at the 2010 Vancouver Games.