Beat Feuz and Nicole Schmidhofer wrapped up the season-long downhill titles at the World Cup Finals despite neither winning a race on Wednesday in Soldeu, Andorra. Benjamin Thomsen of Invermere, B.C., was 18th.

Beat Feuz and Nicole Schmidhofer wrapped up the season-long downhill titles at the World Cup Finals despite neither winning a race on Wednesday in Soldeu, Andorra.

Feuz, only needing a top-12 result, finished sixth in the men's race, which was won by Dominik Paris of Italy.

Schmidhofer clinched the title as soon as her only remaining rival, Austrian teammate Ramona Siebenhofer, failed to get the victory she needed. Another Austrian, Mirjam Puchner, won the race.

Feuz finished 0.64 seconds behind Paris in sixth but the Swiss skier, leading the standings by 80 points going into the race, secured the season-long title for the second straight year.

"It's incredible for me to have two globes now. Dominik is in a super form and I am really proud to have won it," said Feuz, who led Paris by only 20 points in the final standings. 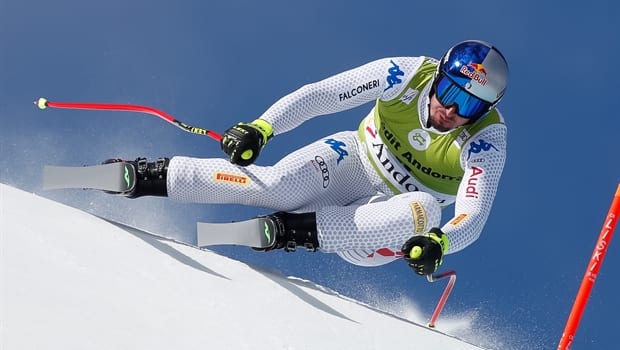 Feuz won only one race this season, in Beaver Creek in November, but he had top-three results in 11 of the last 13 races. Last week, he became the first skier since Stephan Eberharter of Austria in 2004 to finish on the podium in six straight downhills.

"Dominik won many races this year. He won four, I won just one," Feuz said. "But the important thing was to be on the podium in six of the eight races this season. Consistency is my advantage."

In Wednesday's race, Paris beat world champion Kjetil Jansrud of Norway by 0.34 seconds, with Otmar Striedinger of Austria 0.41 behind in third.

He became the first Italian skier to win four downhills in one campaign, beating the previous record set by Kristian Ghedina in the 1996-97 season and matched by Christof Innerhofer in 2012-13. 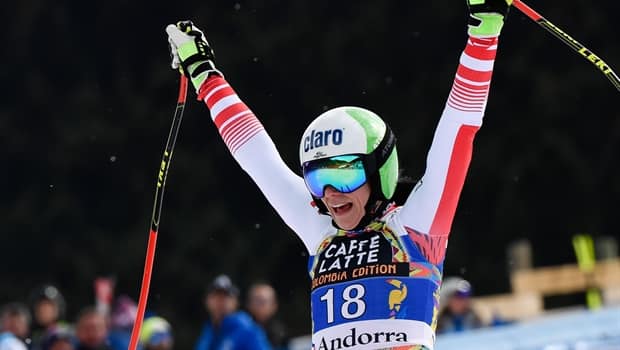 Paris has yet to win a Crystal Globe, but has a chance to do so in Thursday' super-G, where he leads the standings.

Leading the women's standings by 90 points, Schmidhofer only could have lost the title if Siebenhofer had won the final race.

But Siebenhofer lost any hope for a victory when she had to brake after landing a jump in order to make the upcoming gate. She finished more than two seconds off the lead and even failed to score World Cup points.

Puchner beat Viktoria Rebensburg of Germany by 0.03 seconds. Corinne Suter of Switzerland was third, 0.08 behind.

It's the first World Cup title for the Austrian women's team since Eva-Maria Brem won the giant slalom globe in 2016, and the first downhill title since Renate Goetschl won it in 2007.

"It hasn't sunk in yet," Schmidhofer said. "But to be named in one sentence with Goetschl is something really special. She won in 2007 when I won the junior world title."

Schmidhofer is also in contention for the super-G title, where Mikaela Shiffrin leads the standings.

The women's downhill was interrupted for 15 minutes after Connie Huetter crashed and landed in the safety netting. The Austrian was transported off the hill with an apparent knee injury. Huetter was out with injuries twice before this season and missed last month's world championships after tearing an ACL in her right knee in January.

The men's and women's super-G races are scheduled for Thursday.