Mathieu Faivre of France won gold in the men's giant slalom at the skiing world championships.

Standing between the silver and bronze medallists after winning the giant slalom at the skiing world championships on Friday, the Frenchman kept looking over his shoulder back toward the course.

Faivre was trying to get a glimpse of Alexis Pinturault, his teammate and the pre-race favourite for gold.

Pinturault, however, was still high up on the hill, trying to deal with what had just happened. 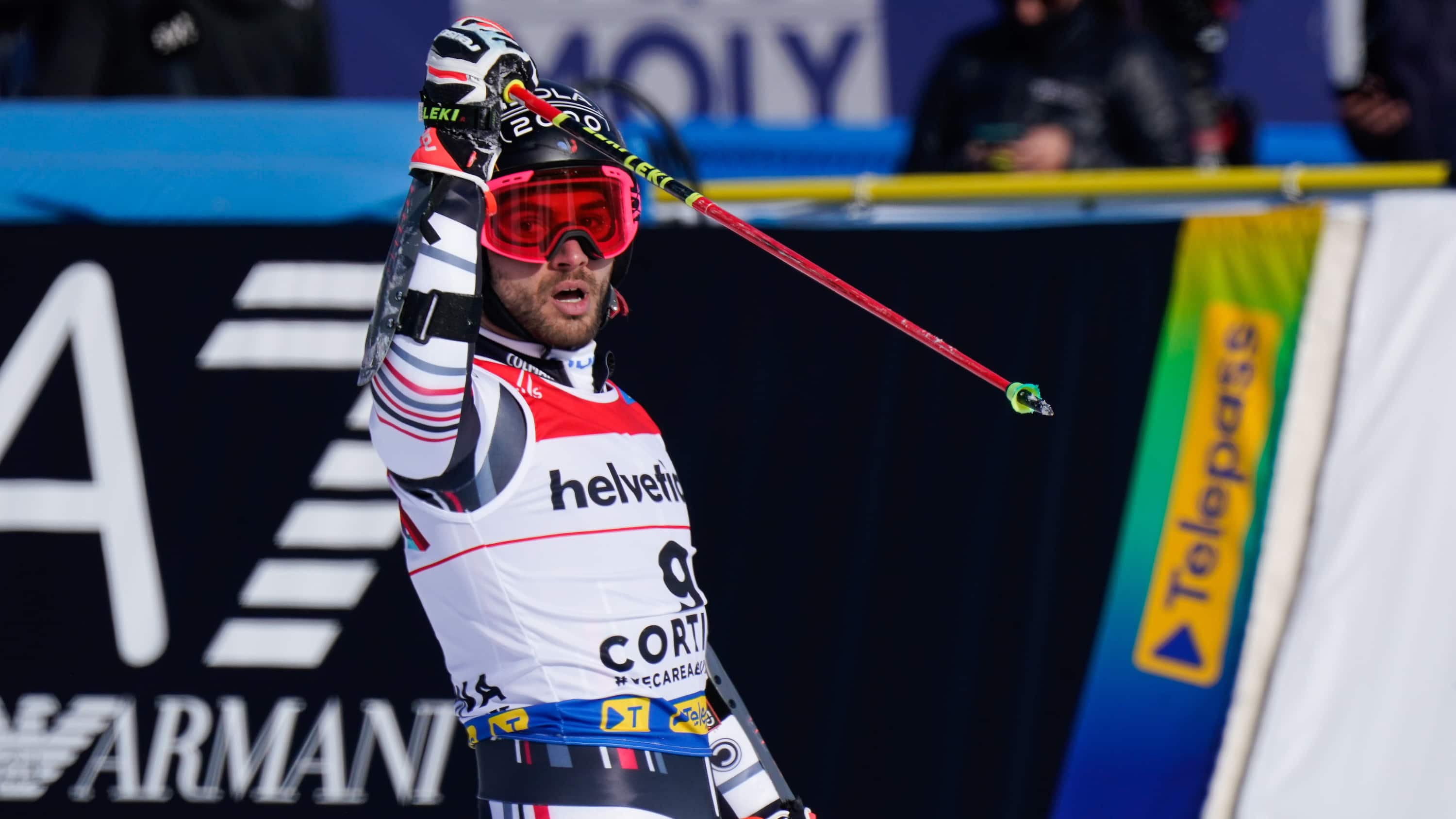 7 days ago
2:44
After winning the gold medal in the men's parallel event on Tuesday, Mathieu Faivre of France won the men's giant slalom on Friday at the alpine ski world championships in Cortina, Italy. 2:44

Pinturault, the last starter in the final run after holding a big first-leg lead, skied out after seven gates, losing a perfect chance to finally win gold in the discipline at a major event after four bronze medals from Olympics and previous worlds.

Faivre's reaction to his teammate's circumstances on Friday was quite different from three years ago.

He was sent home from the 2018 Pyeongchang Olympics by the French team for an apparent lack of team spirit. Faivre didn't seem happy about Pinturault winning a medal at the games and was quoted as saying, "I'm here to race for myself only."

Faivre buried his face in his hands once Pinturault faltered, and De Aliprandini hugged him.

"I am good friends with Mathieu," the Italian said. "We are good colleagues, grew up together racing in the European Cup at the same time."

"It feels unreal right now, I can't believe it," Faivre said. "The gold in parallel was already really, really amazing. But to be honest, gold in GS [is another level]." 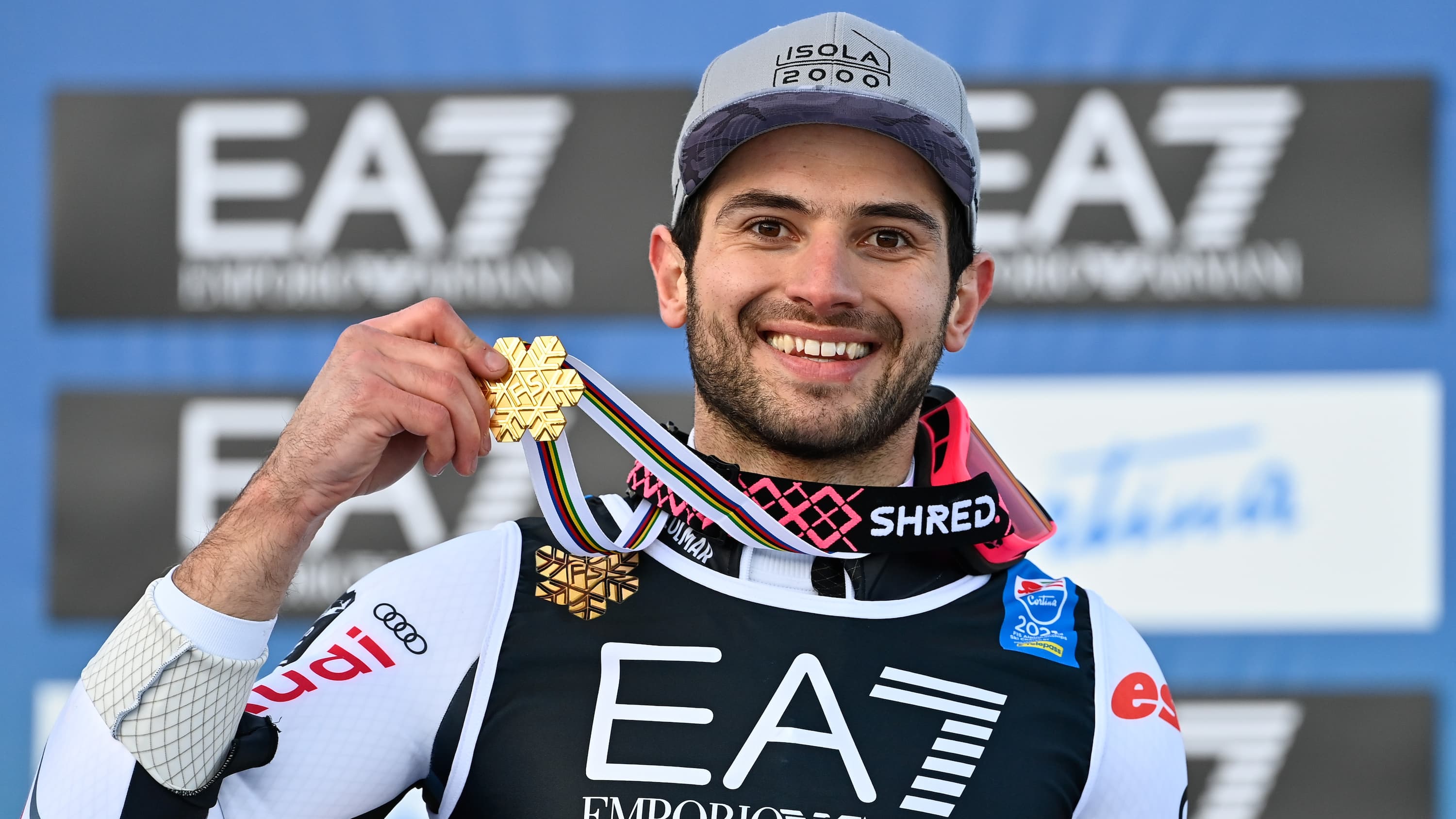 Faivre has seven GS podiums on the World Cup circuit, including one win in Italy in 2016. However, he only had one top-10 result in six races this season.

"I feel really good on my skis since a month or five weeks," he said. "The most important was to fight, to believe in it."

Pinturault certainly believed he was on his way to gold with an eye-catching opening run. The fourth racer on a course set by French coach Fabien Munier, Pinturault won time at every split before he finished 2.12 seconds ahead of then-leader Filip Zubcic of Croatia.

The only other racers who won a GS this season struggled in the first run.

Marco Odermatt slid away on his inside ski in a right turn and skied through the next gate, becoming one of three Swiss skiers in the top 15 who failed to finish their opening run. And Zubcic improved from 11th after the opening run to fourth, missing the podium by 0.72 seconds.

In what was meant to be Ted Ligety's farewell race, River Radamus finished a career best 11th as the only starter for the American team, with Tommy Ford and Ryan Cochran-Siegle out for the season with injuries.

Ligety announced his retirement last week, but a back issue prevented "Mr. GS" from racing one more time on Friday.

Radamus said he was in touch with Ligety "a couple of days ago."

"He gave me a couple of words just for inspiration," Radamus said. "I'm skiing for him, skiing for all the other boys."