Gut-Behrami edged her Swiss teammate Suter by 0.02 seconds, with Nina Ortlieb of Austria just 0.05 off the pace in third.

Suter held a clear lead in the downhill standings and needed only to finish ahead of Federica Brignone and Ester Ledecka to secure her first career World Cup crystal trophy.

"I am just happy to celebrate it with my family now," said Suter, the first Swiss woman to win the title in 29 years, since Chantal Bournissen in 1991.

Brignone placed fourth and lost her podium place — and the overall standings lead — when Gut-Behrami and Ortlieb raced down as later starters in the top-20 group. 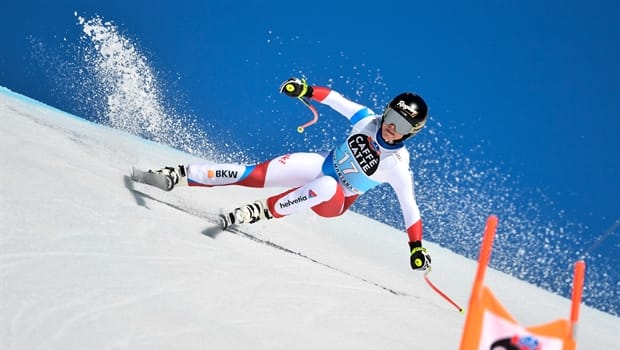 That preserved Mikaela Shiffrin's overall lead as the three-time defending champion takes an extended break from racing after her father's death this month.

Shiffrin's lead over Brignone is just 27 points with Brignone among the favourites to score 100 on Sunday by winning a combined event. Petra Vlhova, who tied for 14th Saturday, trails Shiffrin by 86 points.

It is unclear when the American star will return to compete, though the season's final month is peppered with Shiffrin's specialist slalom and giant slalom races.

Suter leads the downhill standings by 155 points over Ledecka, the double Olympic champion in Alpine skiing and snowboarding who placed fifth. The only downhill left is the finals week race on March 18 in Cortina d'Ampezzo, Italy.

The 25-year-old Suter is the fifth different winner of the downhill trophy in five years, since Lindsey Vonn retained the season-long title in 2016. That was the eighth World Cup downhill title of the now-retired Vonn's storied career.

A turning point in Suter's career was also Vonn's farewell race They took silver and bronze, respectively, in downhill at the 2019 world championships in Are, Sweden. 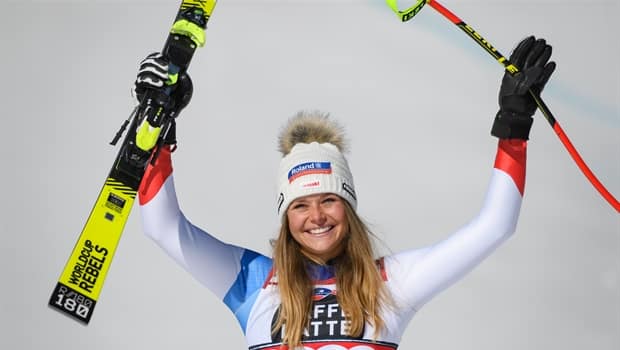 "The most pressure on me went away when I won the silver and bronze (in super-G) medals at the world champs," Suter said. "Afterwards I could ski just with my head free. This is what makes me fast."

Gut-Behrami excelled again on another clear day with sunshine warming the south-facing Mont Lachaux course. She trailed Suter by 0.26 at the final time split, then found speed in a twisting section with a jump launching her toward the finish line.

A 26th career World Cup win for Gut-Behrami was a 10th in downhill for the 2016 overall World Cup champion.

Third place was a career-best result for the 23-year-old Ortlieb, whose father Patrick won the 1992 Albertville Olympic downhill title.

For more alpine coverage, tune into Road to the Olympic Games on Saturday at 3 p.m. ET.