Marie-Michele Gagnon's last attempt to race in Lake Louise, Alta., was calamitous, but the Canadian skier returns still determined to be a downhiller. The women's World Cup season-opening downhills are set for Friday and Saturday followed by a super-G race on Sunday.

Marie-Michele Gagnon's last attempt to race in Lake Louise, Alta., was calamitous, but the Canadian skier returns still determined to be a downhiller.

The injuries Gagnon sustained in training a year ago wiped out her season and kept her out of February's Winter Olympics in Pyeongchang, South Korea.

Gagnon was "charging like crazy", as her coach put it, in last year's first training run in Lake Louise.

Primarily a slalom and giant slalom skier during her time on the national women's team, Gagnon was beginning to transition to more speed races.

The finish-area scoreboard repeatedly flashed green as Gagnon laid down the fastest interval times of the day, but she slipped and flew into the nets on the final turn within sight of the finish line.

A torn anterior cruciate ligament and dislocated shoulder ended her 2017-18 season almost before it began. 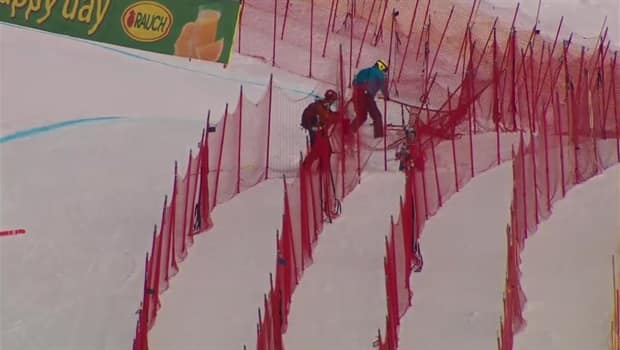 3 years ago
1:19
The 28-year-old injured her shoulder after falling into the netting during her training run for the World Cup event in Lake Louise, Alberta. 1:19

The 29-year-old from Lac-Etchemin, Que., said the opening training run in Lake Louise this year was a mental hurdle to clear.

"When I got to the bottom, my legs were really heavy and tired. Right now, it's all about the mental side."

Kira Weidle of Germany was quickest in Wednesday's training for the women's season-opening World Cup downhills Friday and Saturday. A super-G is scheduled for Sunday.

Weidle posted a time of one minute 49.26 seconds. Nicole Schmidhofer of Austria was second .59 seconds back of Weidle. Slovenia's Ilka Stuhec, who swept both downhills in 2016, was third in 1:50.05.

American ski star Lindsey Vonn will not race in Lake Louise, where she has won 18 career World Cups, because of injuries sustained in a training crash. 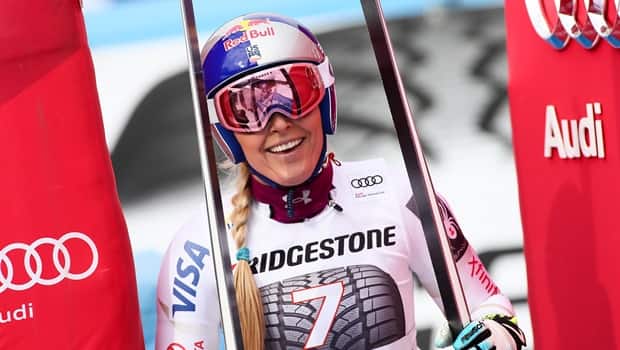 2 years ago
1:52
A training crash earlier this month has pushed back the start of Lindsey Vonn's final season. And being just 5 wins away from breaking the all-time World Cup wins record, that time is critical. 1:52

Gagnon was the top Canadian in 41st. Roni Remme of Collingwood, Ont., finished 48th. Valerie Grenier of St-Isadore, Ont., did not participate in the training session.

While she's competed in 24 career World Cup super-G races to keep a toe in speed events, Gagnon has just a half-dozen downhill starts.

And after a season of not racing at all, Gagnon is trying to recover her "race brain" in all disciplines. She was 13th in giant slalom last Saturday in Killington, Vt.

She rates her race brain in downhill a "five out of 10" right now, while she feels like an eight in giant slalom.

"Getting to the point where I'm comfortable on my skis and in the start I can't wait to tuck all the sections, being so comfortable you want to make speed everywhere, that's the goal," Gagnon said.

Her ambition was to get more reps in downhill and contend for a combined Olympic medal in Pyeongchang. But Gagnon had to watch the Winter Games on television while she rehabilitated her knee and shoulder.

"The only thing I didn't watch is the combined because I really wanted to be there," she said. "That would have been my best shot at a medal for sure. I didn't want to watch that."

The world governing body of skiing is phasing out combined. It will be raced for the last time at the world championship in Are, Sweden, in February.

Regardless of that event's status, Gagnon still wants to race downhills heading into the 2022 Winter Games in Beijing.

"If anything, because I was doing so well right before I crashed, this is exactly what I need to do," she said.