Overall champion Mikaela Shiffrin won her seventh slalom of the season at the World Cup finals on Saturday in Are, Sweden.

​Overall champion Mikaela Shiffrin won her seventh slalom of the season at the World Cup finals on Saturday in Are, Sweden.

​Holding on to a commanding first-run lead, the American won by a massive 1.58 seconds over Wendy Holdener of Switzerland. Olympic slalom champion Frida Hansdotter of Sweden was another 0.01 behind in third.

Erin Mielzynski of Guelph, Ont., came away 10th in Saturday's race and finished the season 15th overall as the top Canadian in the discipline 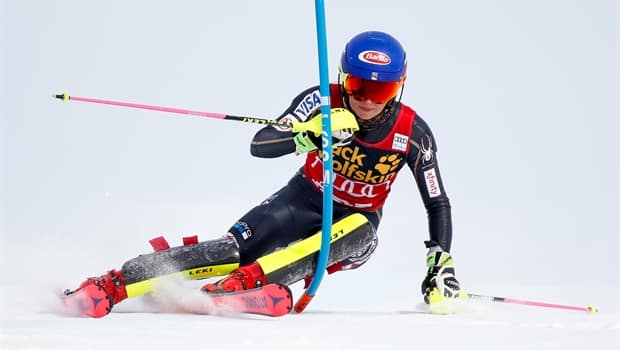 "It was so much fun. This is how I want to feel every race. In the second run, it's my dream of skiing like that," said Shiffrin.

This was Shiffrin's 32nd victory in the discipline and 43rd overall. She secured her fifth slalom season title and second straight overall championship last week.

"The whole season was really, really great for me," said Shiffrin, who added gold in giant slalom and silver in the combined event at the Olympics in February. "But always at the end of the season, I want to be strong and I can feel really proud of that."