After unusual start to off-season, Canadian Alpine skiers prepare to return to slopes

Alpine Canada announced Thursday the team would be heading to Switzerland at the end of July to resume ski-race training. For now, the season is scheduled to go ahead as planned beginning in October.

The Alpine skiing season was largely unaffected by coronavirus.

The women's World Cup tour was halted with three races remaining, while the men's side saw a pair of events cancelled.

The 2020-21 season is scheduled to begin in Austria in October.

Still, the work put in between March and October lays the groundwork for World Cup results. Now, four of those months have been disrupted due to the pandemic.

"It's also a very long season, year round right?" said Phil McNichol, high performance director for Alpine Canada. "I would be pretty confident to say that that's the longest time that any of our current athletes have gone without ski training."

McNichol joined Alpine Canada from the U.S. team on March 1 — less than two weeks before the season was abruptly ended. It's been an odd introduction, to say the least.

"Currently this is surreal, but we also have a lot of work to do, just in the sport in general, to regain our footing as a world leader in alpine ski racing. So, exciting times — just have to get through our current dilemma," McNichol said.

The first step of working through that dilemma was laid out by Alpine Canada on Thursday. The organization announced the team would be heading to Switzerland at the end of July to resume ski-race training.

McNichol says the country is currently the best place in the northern hemisphere due to its wintry conditions.

The entire ski team will be tested for the virus before departing for the airport and again upon arrival. Neither of those measures are compulsory by the Canadian or Swiss governments, but McNichol says Alpine Canada is taking extra precautions. There will also be intermittent testing once settled in their "bubble."

Guidelines in place for Switzerland were established by a group including McNichol based off Canadian and Swiss federal and sport organization protocols. Athletes weren't consulted, though a Thursday presentation will provide them an opportunity for feedback. Some fine-tuning still remains to iron out the procedures for if and when somebody tests positive.

ICYMI | Osborne-Paradis breaks down psyche of a ski racer: 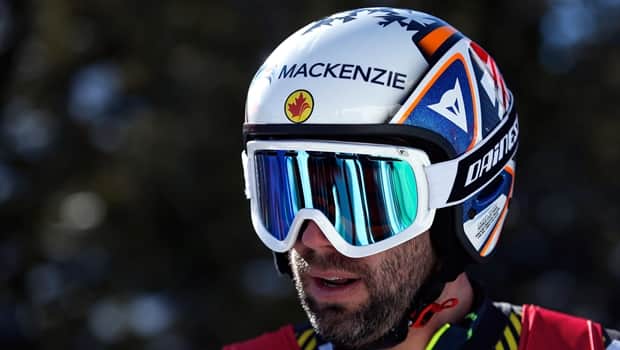 In The Mind of Manny Osborne-Paradis

11 months ago
5:17
The Canadian ski racer takes us into his mind and explains in vivid detail what it's like to compete during a world class ski competition. 5:17

Some athletes will be heading to Switzerland later than others as they complete the mandatory 14-day quarantine period at home in Canada after recent returns.

One of those is 31-year-old Marie-Michele Gagnon, who had spent the last few months training in Lake Tahoe with boyfriend Travis Ganong, a member of the U.S. national Alpine team.

"I was pretty lucky in the sense that Travis and I had access to the gym which was basically only open for us and one other girl from the U.S. I could train there and so, luckily, we didn't have to change too much. We had access to pretty much every equipment we needed. We didn't do any gathering with friends and stuff like that," Gagnon said.

"But as far as training goes we had a lot of freedom. We live in the mountains, so we can get outside and basically not see a soul for long, long times."

Gagnon was rehabbing a broken hand when the World Cup season was stopped in March ahead of a potential return soon after. Now, she's gone four months without ski racing, though she says she's done some backcountry skiing alongside Ganong.

Gagnon has competed on the World Cup circuit since 2009. An injury prevented her from participating at the 2018 Olympics after competing at the two prior. She says this is probably the first time she's spent four months in one place since she began competition.

Both Gagnon and McNichol say this summer has been unusual, but not completely off schedule. Typically once the season ends in March, skiers will take advantage of the final couple months of winter before taking a break over July and August. When training begins anew, they seek out the snow.

Gagnon says she's never skied in the summer in Canada, though sometimes the team uses a glacier in Whistler, B.C. Working out with a new trainer alongside Ganong helped push her even further.

"I've never seen him [so fit] because he's had so many weeks of training, so he couldn't slack off because I'm always trying to put his weight on and he's like, 'Damn, I gotta go up now.'"