Toronto attracts best in track and field for NACAC championships

National-record holder Brandon McBride is among 50-plus Canadians competing at the NACAC track and field championships in Toronto, starting Friday (CBCSports.ca, 10:05 a.m. ET). Canadian sprint champion Aaron Brown will also be in action at Varsity Stadium.

More than 50 Canadians set to compete, including McBride, Brown, Butterworth and Cliff

Unlike his most recent race, Brandon McBride would prefer to keep his last run on a Toronto track buried in the past.

On July 22, 2015, McBride returned from a right ankle injury to finish fifth in his 800-metre heat at the Pan Am Games to fall one spot and 29-100ths of a second short of qualifying for the men's final at York University.

​"I think I was in third position with about 100 metres to go and two guys came from the back and outkicked me. I just try to forget that ever happened," McBride recalled on the phone ahead of this week's NACAC track and field championships, a.k.a. Toronto 2018: Track and Field in the 6ix.

"Hopefully, it won't be the same result [this week] and I really don't think it will. It is a chance at redemption a little bit."

National record holder!!!! Thank you for all the messages! Thank you to my inner circle, this would not be possible without them ! 🇨🇦🙏🏾

The three-day event, featuring athletes from 28 countries in North America, Central America and the Caribbean, will be live streamed on CBCSports.ca, starting Friday at 10:05 a.m. ET. CBC-TV will also provide coverage on Saturday (4 p.m.) and Sunday (2 p.m.) on Road to the Olympic Games. 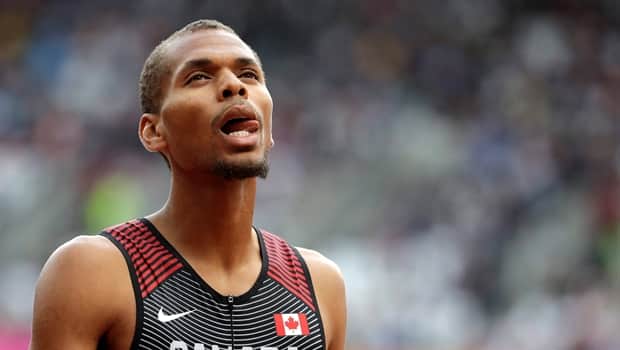 "It's a dream come true," said McBride, who didn't hear from Reed following the race and spent a week responding to congratulatory messages on social media. "Growing up, I watched a lot of the older middle-distance runners like Gary Reed and dreamed of one day being in that [record-setting] position. To be there now is an amazing feeling."

McBride ran to a second-place finish in Monaco in one minute 43.20 seconds, or 48-100ths of a second faster than Reed's national mark of 1:43.68. Twelve days earlier, the 24-year-old clocked 1:46.42 in a slow, tactical race at the Canadian championships in Ottawa, where Marco Arop ended McBride's three-year title reign.

Two years ago, McBride noted, he would have needed a long time to recover mentally from such a defeat and have the confidence to return to the track.

"I'm more patient and definitely more mature now," said the Windsor, Ont., native, who has learned he can't be in top racing form every day. "Breaking the Canadian record was truly special and I had to be at my best to do something of that [significance]. It shows how much I've matured, to be able to bounce back from a situation like nationals, to have the patience with my body and take care of the little things."

One of the "million and one little things" McBride and new coach Kurt Downes did correctly leading up to Monaco was visiting the former's doctor in Indiana to examine McBride's right hip and groin area that was troubling him before nationals. A slightly damaged adductor, a muscle of the hip located in the thigh, will be managed by regular maintenance visits, the doctor told McBride.

"I just need a little more maintenance than I've had in the past," said McBride, who was a two-time NCAA champion in the 800 when he attended Mississippi State University. "Everything's going really well and I'm looking forward to racing in Toronto again."

So, too, is Winnipeg's Nicole Sifuentes, who finished second to Colombia's Muriel Coneo in the 1,500 at the 2015 Pan Am Games, also the last time the 32-year-old raced in Toronto. Coneo outkicked Sifuentes down the homestretch for the victory.

"I don't necessarily feel I need redemption from Pan Am Games. I placed second and it was a very close race," recalled Sifuentes, who gained confidence two weeks ago with a personal-best time in the road mile (4:22) at the Ryan Shay Mile event in Charlevoix, Mich. "I was proud of how I battled."

Sifuentes, who lives in Plymouth, Mich., has felt better prepared for running the 1,500 following a recent shift in training from earlier this season when she was gearing workouts toward the 5,000. Sprints to the finish have been the focus while handling more volume and intensity training with the True Blue Elite group at the University of Michigan in Ann Arbor.

At the Canadian championships in early July, Sifuentes covered the final 200 metres of the 1,500 in 29 seconds to finish in 4:17.71 and runner-up to Gabriela Stafford (4:17.08). Stafford and Sifuentes finished 2-3 a month earlier at the Music City Distance Carnival in Nashville, where Stafford crossed the line 1.5 seconds ahead of her Canadian teammate. 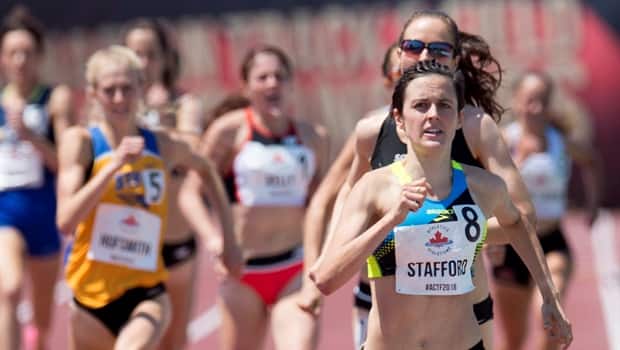 "I was pleased at that progress [at nationals in Ottawa]," said Sifuentes, who has five second-place finishes and three thirds in 14 races in the 1,500 since her last victory on April 15, 2016 at the Mt. SAC Relays in California. "I've learned that if I only measure my results purely based on how they stack up against others, it's a pretty narrow definition of success, and it's going to be very discouraging."

Other Canadians to watch: 2 years ago
3:20
He's been flying under the radar for a while now, but newly minted 'Canada's fastest man' Aaron Brown is ready for the spotlight. 3:20

Lindsey Butterworth, women's 800 (Friday semifinals, 7:20 p.m.; Saturday final, 4:35 p.m.): Like Brown, the 25-year-old was victorious at the Canadian championships and Harry Jerome Classic before racing in Italy, Ireland and Belgium in July. With a season-best time of 2:00.87, Butterworth continues her pursuit of the two-time mark reached by only five Canadian women. 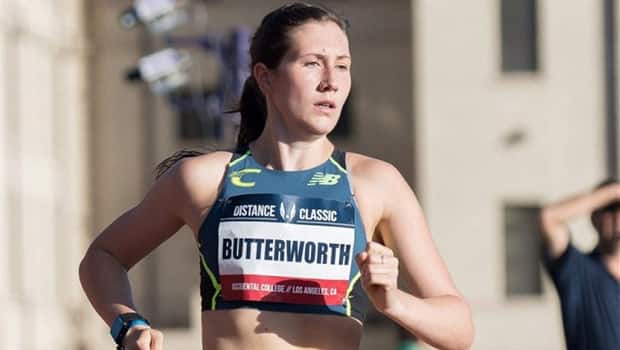 Lindsey Butterworth closes in on 2-minute barrier at nationals

Johnathan Cabral, men's 110 hurdles (Friday semifinals, 8:30 p.m., Saturday final, 5:10 p.m.): The 25-year-old arrives in Toronto having run a personal-best 13.34 seconds in Switzerland on July 18. At the Canadian championships and Harry Jerome meet, Cabral beat Damian Warner, the 2016 Olympic bronze medallist in the decathlon, and has four victories this season. 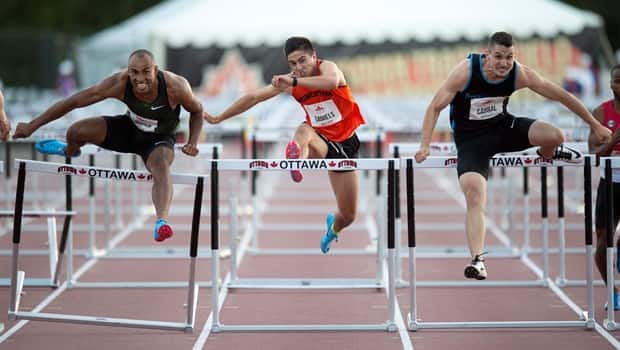 2 years ago
1:23
Cabral held off a late push by Warner to capture gold in the men's 110m hurdles at the Canadian Track and Field Championships in Ottawa. 1:23

Kendra Harrison, women's 100 hurdles (Friday semifinals, 8:10 p.m; Saturday final, 4:55 p.m.): The 25-year-old from Tennessee is performing stronger as the season progresses after clocking a world-leading 12.36 seconds at the recent Muller Anniversary Games in London, England. The world-record holder (12.20) and reigning world indoor champion (60 metres) hasn't finished below third in the 100 hurdles this season.

Shelly-Ann Fraser-Pryce, women's 100 (Saturday's semifinals/final, 3:40 p.m., 5:40 p.m.): On July 21, the Jamaican sprinter dipped below  11 seconds for the first time this season, clocking 10.98 at the London Diamond League. Nicknamed 'Pocket Rocket,' Fraser-Pryce, 31, is a double Olympic and triple world champion over the distance.