Tokyo Olympics could cut 'extras' in face of soaring costs

Tokyo Olympic organizers and the IOC said Thursday they will cut some of the extras out of next year's postponed games, an attempt to limit what is expected to be billions of dollars in added expenses.

Tokyo Olympic organizers and the IOC said Thursday they will cut some of the extras out of next year's postponed games, an attempt to limit what is expected to be billions of dollars in added expenses.

International Olympic Committee member John Coates, who heads the inspection team for Tokyo, said in a teleconference that cuts were likely in areas such as hospitality and expensive "live sights" for public viewing.

"Do we need to make provisions for as much hospitality for the sponsors, the broadcasters and the national Olympic committees?" Coates asked, suggesting the coronavirus pandemic may dampen enthusiasm. "Many of the broadcasters may not have as big a presence here of advertisers because of the economic downturn."

Coates talked about the difference between "must-have" features and "nice-to-have" accessories, which may be ruled out when the Olympics open on July 23, 2021. 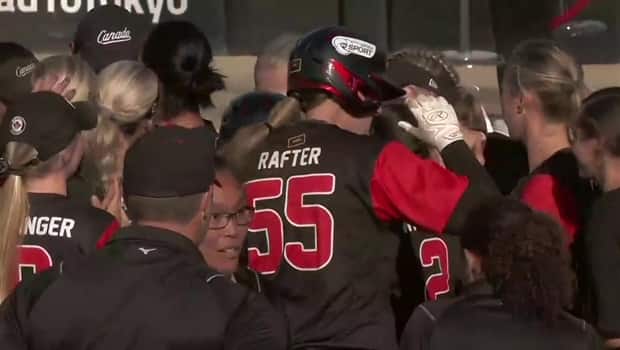 Coates also made it clear that Tokyo organizers and the Japanese government will be absorbing the billions in added expenses.

He said the IOC would make "several hundred million dollars" in an emergency contribution to help struggling international sports federations and national Olympic committees stay afloat. The money is not destined for the Tokyo organizers and the Japanese governments, which are preparing the games.

IOC President Thomas Bach mentioned the contribution in a Sunday interview with a German newspaper but was not specific about the recipients of the aid.

"We will not stand by and see our international federations collapse," Coates said.

Japan's obligation to absorb the added costs is stipulated in the "Host City Contract" signed in 2013 when the IOC awarded Tokyo the games. Neither the IOC nor Japanese officials are offering cost estimates, but media reports in Japan suggest an added bill of $2 billion to $6 billion US on top of current spending.

Japan says officially it is spending $12.6 billion, but a national audit says the figure is twice that much. Whatever the total, all but $5.6 billion is public money.

The IOC was expected to pay out about $600 million to federations this year, proceeds from the Tokyo Olympics. Some federations rely almost exclusively on IOC contributions.

A reporter for Japanese broadcaster NHK asked organizing committee president Yoshiro Mori if the IOC "should pitch in on costs" to help Tokyo.

"We are in the midst of studying and reviewing the additional costs," Mori said. "Of course, we know that we will have to pay what we have to pay. However, the general direction is reducing the costs to the extent possible."

Tokyo CEO Toshiro Muto promised to take a fresh look "at the level of services we provide."

"Of course we will respond to the requests from federations and the national Olympic committees," Muto added. "If we fully responded to all the requests coming from those entities the costs would be exorbitant."

Coates was asked to explain how Japan will be in shape to host the Olympics in 15 months. Muto also expressed his concern last week.

"We've given ourselves as much time as possible," Coates said, pointing out that some wanted to reschedule for the spring of 2021. "That was a factor to go as late as possible."