'I've wanted this for a long time,' McBean, 51, said on being named Team Canada spokesperson at her 10th Games

The chef de mission acts as spokesperson for Team Canada, mentors athletes, coaches and staff, and works to create an environment conducive to optimal performance at the Games.

McBean, a Toronto native who was born in Vancouver, interviewed for the position in May and received a phone call shortly after from COC president Tricia Smith to give her the news.

"I've wanted this for a long time," McBean told CBC Sports from Ottawa. "I feel like I've been preparing for this for a really long time."

McBean, 51, is one of two Canadians to have three gold-medal performances at a single Olympics. The other is Kathleen Heddle, McBean's partner in the coxless pair at Barcelona 1992 and in the double sculls at Atlanta 1996. 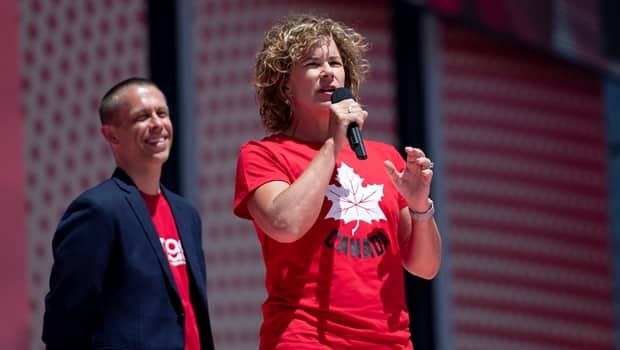 1 year ago
2:00
The COC introduced Marnie McBean as the chef de mission for Tokyo 2020 in front of a Canada Day crowd at Parliament Hill. 2:00

This will be McBean's 10th Olympics, having competed in two and then attended seven more mentoring and preparing Canadian athletes for competition.

"Looking back, it's incredible to me that I was able to have so many amazing Olympic moments," said McBean. "It's like, 'How did someone like me do that?'"

An officer of the Order of Canada, McBean was inducted into the Canadian Olympic Hall of Fame in 1994 and Canada's Sports Hall of Fame in 1997. She is a recipient of the Governor General's Meritorious Service Medal and has been given the Queen's Diamond Jubilee Medal. In 2002, she was presented the Thomas Keller Medal by World Rowing in recognition of her remarkable international career. 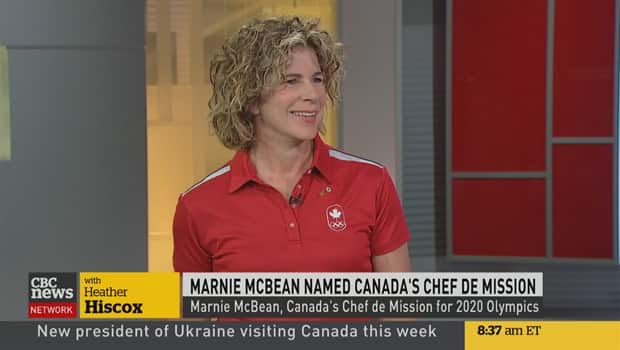 Marnie McBean: "I've been waiting so long for this."

1 year ago
7:49
Marnie McBean, Canada's chef de mission for the 2020 Tokyo Olympics, discusses what the honour means to her on CBC News Network. 7:49

McBean said there's a theme of infinity all over these Games, something she says resonates with her on many different levels.

"I've been writing about this for decades — my personal philosophy is a philosophy of more," McBean said. "I write the infinity symbol with plus one. We're going to put all the plus ones together and have infinity together."

McBean is still mapping out the role she wants to play as leader of the Canadian team going into next summer's Olympics, but recalled what her 1992 chef de mission did for her to draw on inspiration.

"Former alpine skier Ken Read was our chef," noted McBean. "He did something really simple that had a huge impact. I got an understanding how a chef can influence a team."

She goes on to tell a story about when they were preparing to travel to Barcelona for the opening ceremony in 1992, and they forgot to feed the rowing team.

"Ken realized food was important." McBean said, laughing. "He passed the hat and gathered food. Nuts, apples, Mars bars. It was a meal that came with love. He recognized that the small request of ours was really big."

McBean is clear about her performance objectives for Canadian athletes on the playing field during the Games — she wants to see results. But there's more to it. McBean said one of her main objectives will be to create a safe and welcoming environment for Team Canada to speak openly about their passions outside sport.

After retiring from competition post-2000 Olympics, McBean started investigating her own sexuality. It wasn't until after a decade of competing in her first Games she realized she was gay.

"I don't think I was put into this position because it's 2019 and we needed to have somebody like me in this position. I feel I was ready for it," McBean said.

She said female athletes have far too often been described based on their sexuality or femininity, and the focus instead should be on their athletic ability.

This is also going to be one of the key themes McBean focuses on in leading the team into Tokyo — appreciating all the athlete is and being genuine about it.

"The story I want to write here is about being your authentic self in all aspects," McBean said. "It's about embracing your confidence, but also embracing your fears and doubts."