They started off with a bang in February at the Olympics and haven't let up since. Tessa Virtue and Scott Moir are Canada's sweethearts and they just won 2018. Prove us wrong.

Canada's most dynamic duo had a dynamite year

Tessa Virtue and Scott Moir are Canada's dynamic duo that had a dynamite 2018.

It began with an explosion of Olympic proportions in February and they have been on fire ever since.

With today's announcement that the dynamic duo was named CBC Sports Athletes of the Year, here's a look back at five times Tessa and Scott won 2018:

Obviously, winning their second ice dance Olympic gold medal with a record-setting total score is on this list. 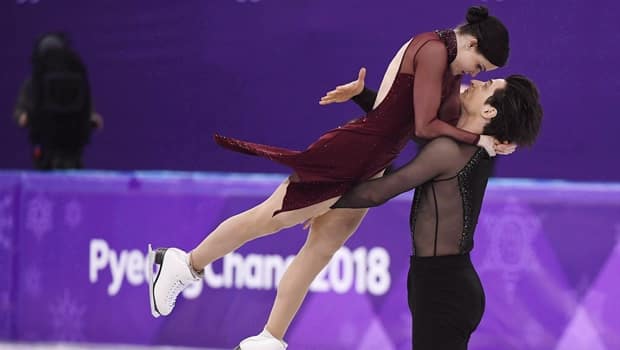 Their fiery free program performance to Roxanne from the Moulin Rouge! soundtrack was the spark that ignited the year — and set the social media world on fire.

<a href="https://twitter.com/hashtag/VirtueMoir?src=hash&amp;ref_src=twsrc%5Etfw">#VirtueMoir</a> just skated. Winter Olympics are over. They melted all of the ice. Everyone is pregnant. We're all Canadian now.

That routine also garnered a stamp of approval from none other than Moulin Rouge! director and co-writer Baz Luhrman when the pair helped guide Canada to gold in the figure skating team event earlier at the Games.

But did you happen to catch Scott Moir's off-ice Olympic hijinks? Watching him at the women's Canada-U.S. gold-medal final was itself pure gold.

And don't get us started on Tessa's cheeky response to Moir missing gala practice to be at that game...

Dancing with Ellen and striking a pose for Vogue

Post-Pyeongchang media and sponsorship opportunities were robust for the duo, especially Tessa. From touring with Stars on Ice, to print ads and commercials. They were even invited to the The Ellen DeGeneres Show after their fans campaigned to get them there.

And to satisfy the masses the popular TV host asked them point-blank: "are you a couple?"

Sans Scott, Tessa fulfilled another dream when she posed for a fashion shoot with Vogue Japan in May.

As if they weren't already winning enough, imagine being able to produce your very own show with your very best friends and tour it all across Canada, hitting small cities just so you can thank your supporters.

That's what Tessa and Scott did in October, along with Canadian figure skating royalty like Patrick Chan, Meagan Duhamel and Eric Radford, Kaetlyn Osmond, Kaitlyn Weaver and Andrew Poje — and of course, Elvis Stojko.

Here they are catching up with our Brenda Irving before one of their final shows: 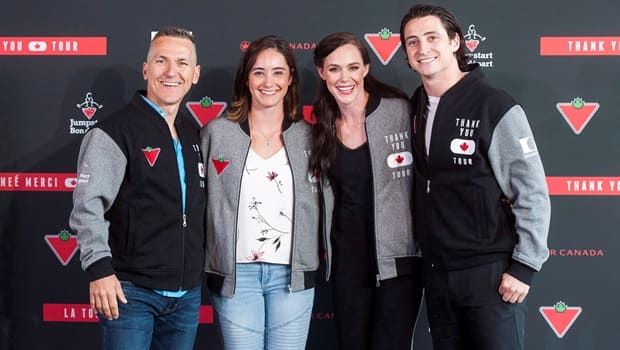 Virtue, Moir and friends having a blast saying ‘Thank you’ to Canada

20 years of Tessa and Scott

2018 was a year for the books — or in the case of Tessa and Scott, the year they released an updated version of their 2010 book Tessa & Scott: Our Journey from Childhood Dream to Gold.

Tessa might have been wholly responsible for getting the book in the hands of Canadians:

The book's re-release and the conclusion of the pair's competitive career gave fans a chance to look back at Tessa and Scott's journey from childhood to championships: 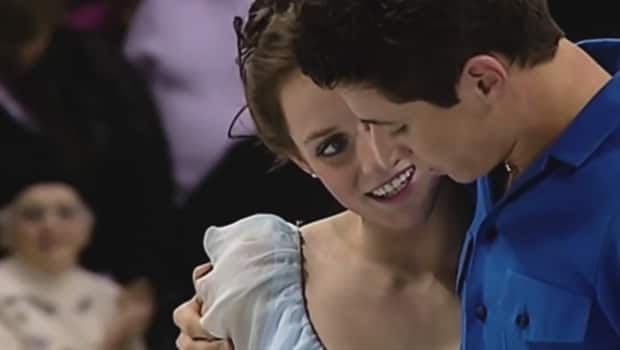 3 years agoVideo
4:32
A look back at Tessa Virtue and Scott Moir's figure skating legacy, set to Jim Cuddy's "Pull Me Through".​ 4:32

Now if all that wasn't enough to prove they are the clear winners of 2018, how about getting their very own star on Canada's Walk of Fame?

Now if that's not winning, we don't know what is.