Canada is off to the Tokyo Olympics as the beach volleyball duo of Sarah Pavan and Melissa Humana-Paredes defeated the U.S. in straight sets at the world championships on Saturday in Hamburg, Germany.

Canadian duo down U.S. in straight-sets for country's 1st medal ever at event

Sarah Pavan and Melissa Humana-Paredes saw their confidence grow with every hard-fought win at the world beach volleyball championship in Germany over the past two weeks.

So when it came time to face Americans April Ross and Alexandra Klineman with the gold medal on the line, the Canadian duo knew they could pull it off.

Pavan and Humana-Paredes defeated Ross and Klineman 2-0 (23-21, 23-21) on Saturday to win Canada's first world beach volleyball title, while clinching a berth in the 2020 Tokyo Olympics in the process.

"It's just been a culmination of a lot of hard work and a lot of blood, sweat and tears, a lot of failures and success along the way that led us to this moment," Humana-Paredes told The Canadian Press in a phone interview from Hamburg.

"This was one of our biggest goals, this was the highlight for our season ... and I think we're on the right track (for the Olympics). We know what we need to work on and the fact that we are able to accomplish this now and build together and play against the top teams in the world and still have room to improve is exciting." 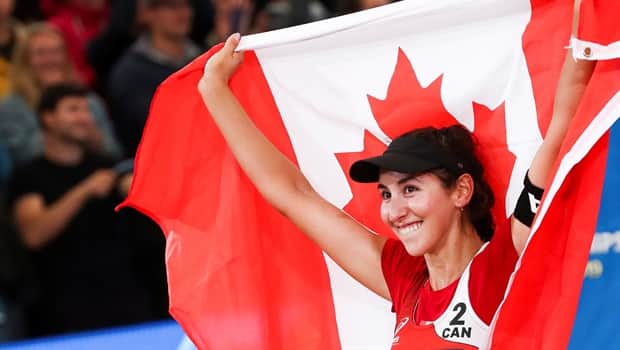 Pavan, from Kitchener, Ont., and Toronto's Humana-Paredes, came into the competition ranked sixth in the world. The Americans were one spot ahead of them in fifth.

Pavan credited the 26-year-old Humana-Paredes for her big defensive play in Saturday's victory.

"She was getting a really good read on their attack and was digging their hard-driven shots really well and we were able to turn a lot of points that way," the 32-year-old said. "And even if we gave up a couple points here and there our defence and blocks were really strong."

The Canadians were first in their pool after three straight round-robin wins, but two of those went to three sets. They were also pushed to three sets in two elimination-round games, including a 2-1 victory (23-21, 17-21, 19-17) against 14th-ranked Tanja Huberli and Nina Betschart of Switzerland in the semifinals Friday.

"We had to fight our way here," Humana-Parades said. "It wasn't easy at all and that's what makes it more special. It wasn't pretty at times and it wasn't the best week we've ever played but we managed to stay together and fight."

WATCH | Pavan and Humana-Paredes react to their historic win: 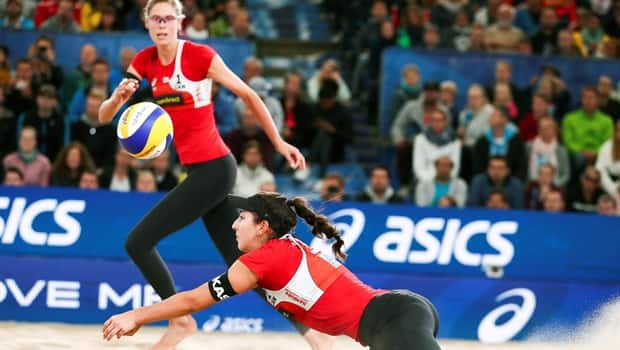 Pavan and Humana-Paredes, now in their third season together, also recorded Canada's previous best finish at the world championship when they finished fourth in 2017 — in their first season.

Pavan and Humana-Paredes said they planned to celebrate Saturday night with pizza and beer — a tradition after big team wins — before travelling to their next tournament, which begins Wednesday in Switzerland. 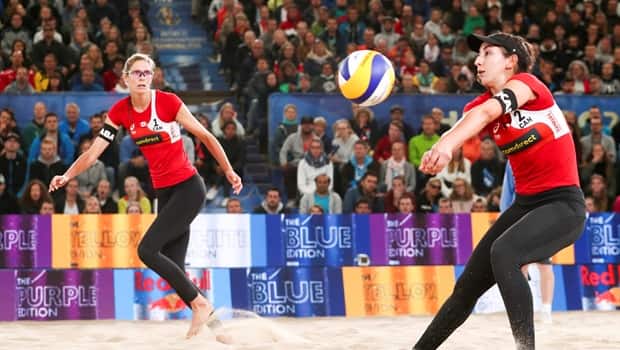 1 year agoVideo
1:18:17
Canadians Sarah Pavan and Melissa Humana-Paredes face off with Americans April Ross and Alix Klineman in the finals of the world beach volleyball championships in Hamburg, Germany. 1:18:17

The world championship kicked off a busy six-week schedule for the Canadians, who will not compete at this year's Pan Am Games in Peru because of an Olympic test event in Tokyo at the same time.