Usain Bolt: 'The greatest sprinter that ever lived'

With 19 major championships to his name, including eight Olympic gold medals and 11 world titles, Jamaican sprinting legend Usain Bolt will walk away from the track as the best of all time.

It was supposed to be Tyson Gay's evening.

Many in the crowd of about 6,000 at Icahn Stadium in New York City, who had already endured a pair of thunderstorm delays, expected the American and reigning world champion to run away with the 100-metre title in the final event of the fourth Reebok Grand Prix.

But May 31, 2008 will forever be remembered in track circles as the night a young, tall and lanky Usain Bolt, racing the 100 for just the fifth time, shattered fellow Jamaican Asafa Powell's world record with a time of 9.72 seconds.

The six-foot-five sprinter, who needed much work on his starts and seemed better suited for the 200 and even the 400, broke perfectly out of the blocks on a still night, created a huge gap between himself and Gay and blasted down the straightaway to set the sporting world abuzz ahead of the Beijing Olympics.

"People who didn't know how his training was going in Jamaica didn't believe the time," says former Canadian sprinter Donovan Bailey of the then 21-year-old Bolt, whose silver behind Gay at the world championships the previous fall in Osaka, Japan served as a wake-up call. "The fact Tyson Gay was in that [Reebok] race showed that Bolt was going to be something very special."

"Bolt's going to be remembered as the greatest sprinter that ever lived," says Bailey, a former world-record holder who won the Olympic 100 at Atlanta in 1996 and the world title the year before.

The great thing with Usain  Bolt is he fell into great coaching, so his talent was exceptional from Day 1.— Former Olympic 100m  champion Donovan Bailey

A native of Manchester, Jamaica, Bailey remembers Bolt doing "phenomenal" things as a schoolboy, long before a monster stride helped him reshape the record book.

"His top speed and speed endurance in the 200 showed as a kid," says Bailey, now a CBC Sports track analyst. "The great thing with Usain Bolt is he fell into great coaching, so his talent was exceptional from Day 1. You can coach technique and structure, but not talent."

Years ago, Bolt was a speed endurance runner but told New York reporters he asked his coach, Glen Mills, for two years to race the 100 to avoid the more grueling and technical 400.

Bolt won a long and spirited debate with Mills, his coach since 2005, about which race he would combine with the 200 to make part of his program. 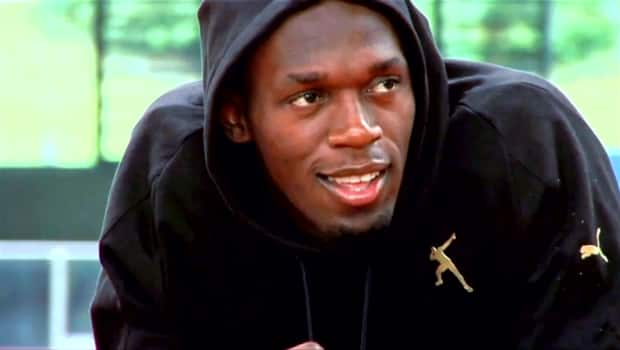 Usain Bolt's retirement will be tough on the man, his country, and the sport

3 years agoVideo
3:17
When the fastest man in the world retires, it's tough to know when — or if — that void will be filled in quite the same way that Usain Bolt accomplished over his career. 3:17

According to Bailey, Bolt's exploits became more apparent because he was placed in a structured environment where nutrition, weightlifting and technical training ruled the day.

"You put a very talented kid in a structured environment, where they get to understand and believe how talented they are, and you'll see some great results," he says.

Bolt captured his first Olympic medal in Beijing on Aug. 17, 2008, covering the 100 in a stunning 9.69 seconds to become the first sprinter to set the world record at the Olympics since Bailey ran 9.84 in Atlanta. Richard Thompson of Trinidad and Tobago crossed the line second, more than a body length behind Bolt. 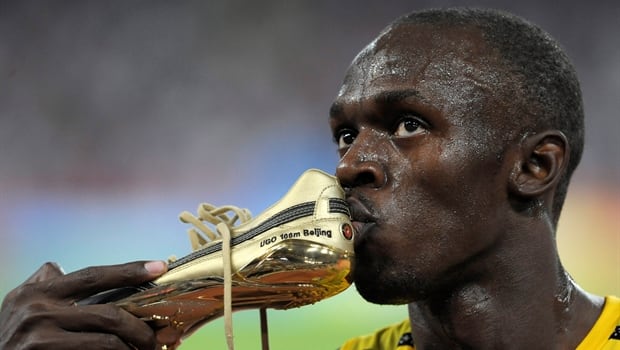 Three days later, on a hot, humid night with 91,000 people crammed inside Bird's Nest Stadium, Bolt ran 19.30 in the 200 final to shove Michael Johnson's seemingly unbreakable world record of 19.32 to the side and become the first man since Carl Lewis 24 years earlier to complete the men's sprint Olympic double. He was also the first since Jamaica's Don Quarrie in the 1970s to hold the world 100 and 200 marks simultaneously. 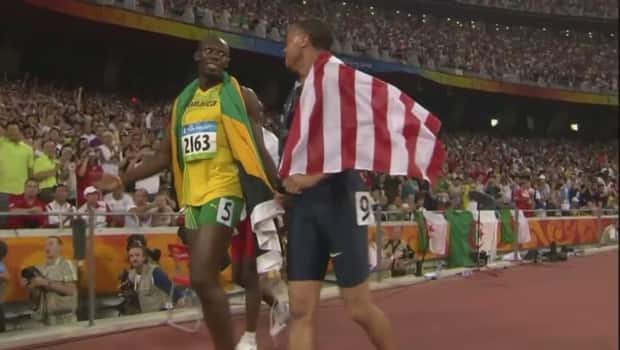 Bolt later teamed with Nesta Carter, Michael Frater and Powell in Beijing to win the 4x100 relay in a world-record 37.10 that was wiped from the record book this past January after a re-analysis of Carter's drug test turned up a banned stimulant.

"When [Bolt] won the double sprint gold medals and then the relay gold also in record time, it had an effect right across the spectrum in Jamaica because all the high schools reported that the number of athletes coming out to train to make their school teams for boys and girls championships doubled," said Warren Blake, president of the Jamaica Athletics Administrative Association. 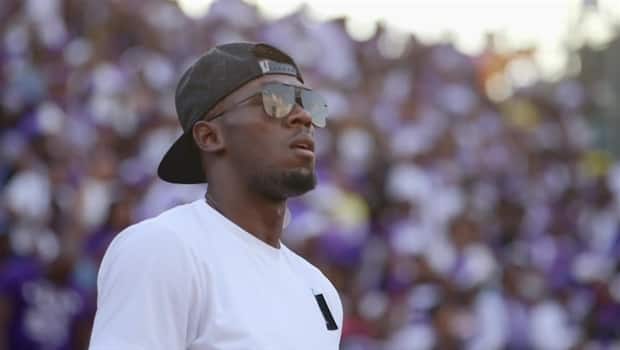 3 years agoVideo
3:54
Usain Bolt didn't grow up with much, but his special talents and unmatched speed quickly turned him into a Jamaican hero. 3:54

Bolt went on to transcend his sport, winning an unprecedented treble of consecutive Olympic golds in the 100, 200 and 4x100 in 2012 in London, England and again last summer in Rio de Janeiro.

Bolt's world-record times from the 2009 world championships in the 100 and 200 that he lowered to 9.58 and 19.19, respectively, still stand. Six times Bolt was named International Association of Athletics Federations male athlete of the year and he is also a three-time recipient of the Laureus World Sports Award for sportsman of the year. 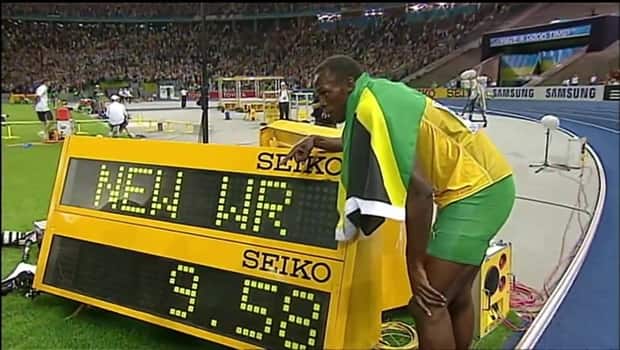 Along the way, he was a real showman that danced, smiled, flashed a peace sign, blew kisses to the crowd and mugged for the cameras, making many forget about a sport that has been ravaged over the years by doping violations.

"Wherever I left the bar," adds Bailey, "he has taken it and made the sport a globally-watched event, not only during the Olympics. He's been the No. 1 marketer for our sport."

Gatlin, who defeated Bolt to claim the 100 title on Saturday, has said he always wanted to battle the guys with the records. A 2013 Diamond League matchup in Rome had previously been his lone victory over Bolt in 10 career matchups.

"I'll be sad to see someone like him go," said Gatlin. "He's the kind of guy who always will be a competitor when he steps onto the line."

In Rio, sprinter Andre De Grasse from Markham, Ont., befriended Bolt and made a statement with his three-medal showing at his Olympic debut that included a bronze and personal-best 9.91 in the 100 and silver in the 200.

His 2017 season had been geared towards a much-anticipated rematch in the 100 at London Stadium on Saturday — De Grasse had said repeatedly he wanted one last chance to beat Bolt — but that plan was scuttled when De Grasse suffered a Grade 2 strain of his right hamstring in the days leading up to the world championships.

"It's not like we're brothers and we chill every day," the 23-year-old De Grasse told CBC Sports' Anson Henry in reference to the so-called bromance the two struck in Brazil. "He's the best in the world, a legend, and I'm just a kid trying to go out there and prove myself that I could be one of the best. I'm excited for the future."

A future on the track that will feature a healed and rising Canadian star, but no longer the man nicknamed "Lightning Bolt."