Canadian Lindsey Butterworth handed herself a 27th birthday present by advancing to the 800-metre semifinals at the track and field world championships on Friday in Doha, Qatar. Also moving on were Canada's Alysha Newman, Genevieve Lalonde, Mo Ahmed and Justyn Knight.

Alysha Newman, Mo Ahmed among other Canadians moving on

Canadian Lindsey Butterworth handed herself a 27th birthday present at the track and field world championships on Friday in Doha, Qatar.

Butterworth, of Burnaby, B.C., advanced to the 800-metre semifinals as a non-automatic qualifier after placing fourth in her heat. 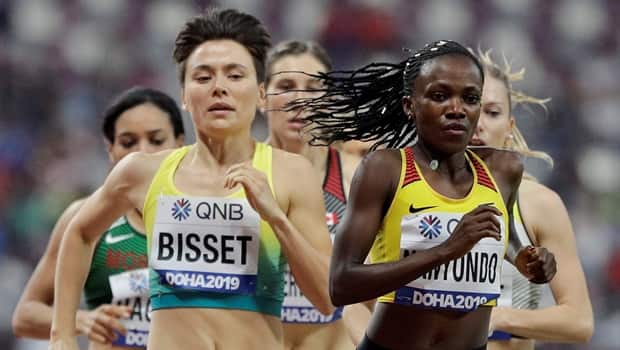 Despite running with just five other women, Butterworth found herself in one of the fastest races.

Still, Butterworth's time of two minutes, 1.64 seconds was the eighth best in a thinned-out field. Her personal best is 2:00.31.

Missing from the women's 800 is reigning Olympic and world champion Caster Semenya, who is barred from competition due to a new IAAF rule governing testosterone levels. Semenya is refusing to take drugs that reduce her levels to the current legal limit and has appealed her case to the Swiss supreme court. 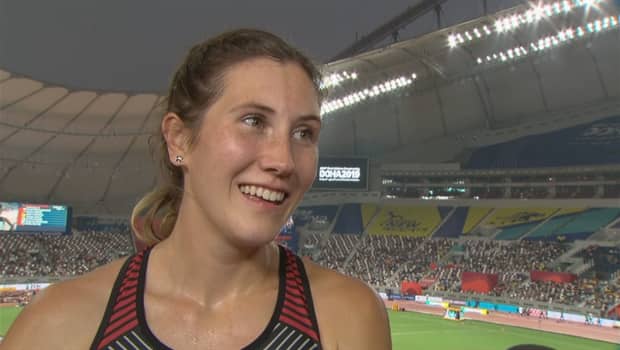 Butterworth positive after 800m finish at track and field worlds

Ajee Wilson of the United States and Natoya Goule of Jamaica were among the gold medal contenders who won their heats, while 2013 champion Eunice Sum of Kenya barely scraped through as one of the fastest losers.

The fastest time across the six heats was just over 2 minutes by Winnie Nanyondo of Uganda, far off Semenya's personal best of 1:54.25. 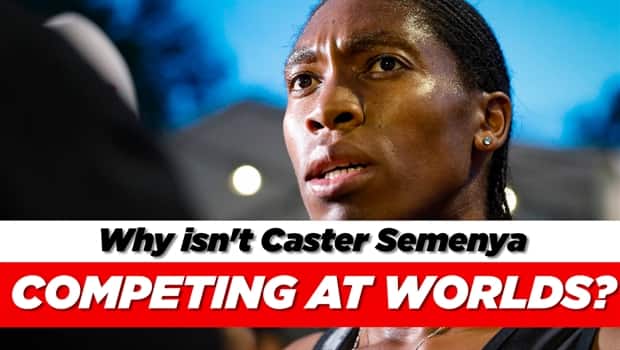 Why isn't Caster Semenya at track and field worlds?

1 year agoVideo
1:53
In yet another chapter in Semenya's battle against the IAAF, the reigning 800-metre champion will miss the chance to defend her title at the 2019 track and field worlds. 1:53

Canadians Mo Ahmed and Justyn Knight eked their way into the 5,000m final.

With the top five from each heat plus the next five fastest runners moving on, Ahmed landed fifth in his heat and 12th overall while Knight earned the second-last available spot.

Toronto's Knight, who also achieved a personal best at that event in Rome, finished just behind Ahmed at 13:25.95, over 16 seconds slower than June's mark.

CBC Sports has exclusive live coverage of the 2019 World Track & Field Championships from Sept. 27-Oct. 6. Visit the stream and broadcast schedule, You can also add the complete event schedule to your calendar.

Newman set the Canadian outdoor record at 4.82 metres en route to winning a Diamond League event in August, but didn't need to reach those heights on Friday.

Newman, the 25-year-old London, Ont., native, was the lone Canadian advancing in the event after Kelsi Ahbe failed to clear 4.50.

Sixteen athletes qualified for the final, which takes place Sunday at 1:40 p.m. ET.

In the women's 3,000m steeplechase, Genevieve Lalonde of Moncton, N.B., was the lone Canadian to advance past heats.