World Athletics president Sebastian Coe did not mince words with his stance on the Russian doping ban and gave his take on the decision to postpone the Tokyo Olympics in an interview with Scott Russell of CBC Sports on Thursday.

That was the definitive answer provided by World Athletics president Sebastian Coe on whether his federation is firm on the Russian doping ban currently in place.

Coe did not mince words with his stance on that topic and gave his take on the decision to postpone the Olympics in an interview with CBC Sports' Scott Russell on Thursday.

The two-time Olympic champion in the 1,500 metre began by saying the safety of athletes and their families was top of mind when his federation pushed the International Olympic Committee for the postponement of the Tokyo Games to 2021. 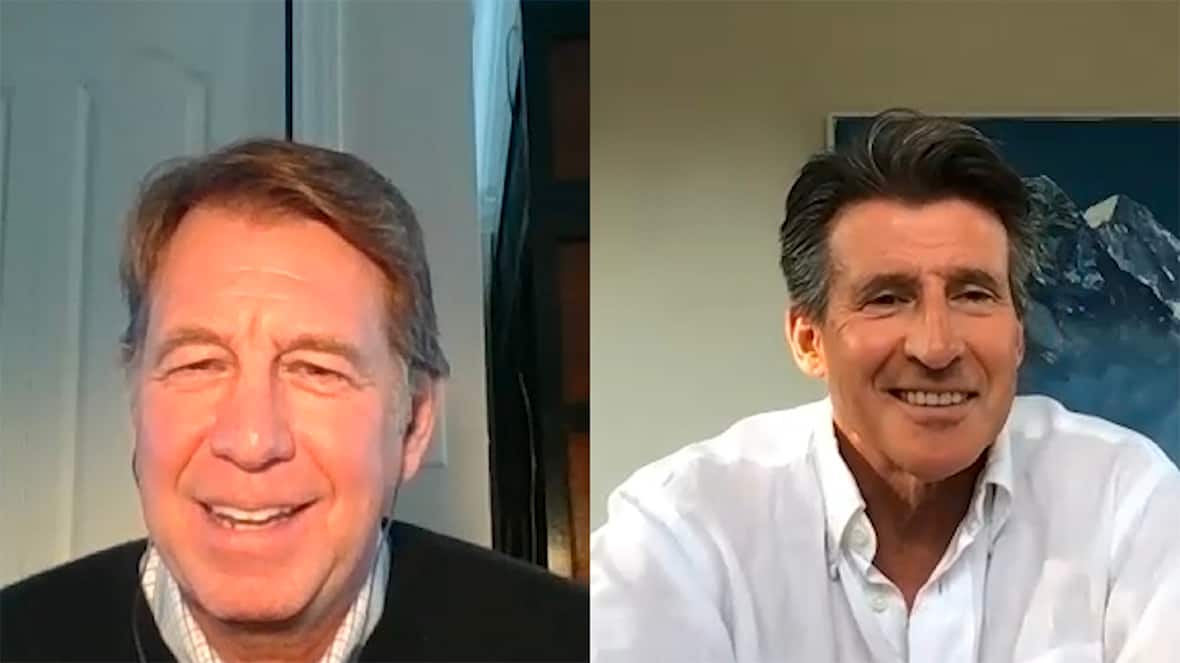 6 months ago
3:33
Scott Russell of CBC Sports spoke with Sebastian Coe, the president of World Athletics, about the state of sport and athlete testing while in isolation. 3:33

"Our number one consideration has always been the athletes, but by the hour, I was sensing that they were becoming more and more emotionally turmoiled — they were on a roller-coaster," said Coe over a video conference from the United Kingdom.

"I'd spoken to them at great length. I then consulted with the [Athletics Integrity Council], I consulted with our area presidents and we all came to the conclusion, as unpalatable as it was and sad as it was for those of us who love sport, that it was a battle we were losing."

World Athletics had already decided to postpone the start of the Diamond League season when the decision was made to push back the Olympics by a year.

So far five events have been wiped off the schedule, however Coe said he is keeping the door open to proceed with the meet scheduled for June in Eugene, Ore. Although much will depend on the advice given by governments and local health officials.

"The Diamond League board meets regularly and they monitor this very, very closely," Coe said.

"Of course we lost the early meetings — there was no question about that. I think there is a real willingness to try and leave some of these decisions as long as we possibly can. Nobody wants these events ruled out."

Coe emphasized a return to competition is only possible when it is safe for the athletes and spectators.

"We have to be very careful — and particularly to the athletes — that when we do get them back into competition, it's safe to do so, that we're not putting at risk spectators as well because there is the risk that you could even at these sporting events create a spike again," he said.

"None of us want to be responsible for that and I know it doesn't come easy for any of us to say this, but sometimes sports just has to take a backseat."

When sports do return to our daily lives, Coe sees an opportunity to do things a bit differently.

"I think there are elements of sport that actually does need to change," Coe said.

"I made it very clear not that long ago that never again am I going to want to be living in a world where eight people fly eight time zones to make a presentation to a World Athletics council that lasts 45 minutes and then gets back on the plane. We have sustainability strategies, we need to look to those."

Although the landscape may have to undergo some changes, Coe believes sports will continue to provide a way for athletes and fans to celebrate competition

"What I do think will remain is that unique spirit that sport has in bringing communities together almost in an open-air worship of those god-given talented competitors.

"My instinct is that sport will be one of the great drivers in a post-pandemic world and to achieve all that, I think it is done collectively, it is done for the masses and not done for the few behind closed doors."