Years from now, Justin Gatlin will remember the bow more than the chorus of boos. Gatlin still did his best to soften the blow by bowing down to third-place finisher Bolt on his way off the track — a way of telling the people he knows what the Jamaican great has done for his sport.

'He's one of the best competitors I've ever competed with,' says Jamaican star

Years from now, Justin Gatlin will remember the bow more than the chorus of boos.

OK, so Gatlin may have ruined Usain Bolt's going-away party with his surprise win in the 100 metres at the world championships on Saturday night. Gatlin still did his best to soften the blow by bowing down to third-place finisher Bolt on his way off the track — a way of telling the people he knows what the Jamaican great has done for his sport.

"I have nothing but respect for him," said Gatlin, who, at 35, is five years Bolt's senior. "Even with me being older than him, he's such an inspiration for me."

Gatlin was booed at almost every turn this week in London — during introductions, at any time when his face showed up on the big screen, and never louder than when his name popped up on the top of the scoreboard as the winner in Bolt's farewell 100-metre race at the worlds.

By now, Gatlin is used to it. With his doping past — his suspension ended in 2010 — the American has long been portrayed as the bad guy set against Bolt's charismatic, fun-loving personality.

Gatlin was initially banned for two years in 2001 after testing positive for amphetamines, which he took to treat attention deficit disorder since childhood. After an appeal, the IAAF lifted the ban.

In July 2006, Gatlin was suspended again after testing positive for testosterone. He denied using any performance-enhancing drugs, but agreed to an eight-year ban from track and field to avoid a lifetime ban in exchange for his cooperation with authorities. The ban was later reduced to four years, which he served before returning to competition in 2010.

He insisted he doesn't care what anyone thinks and said all the boos were just background noise to him.

"Just to be able to come back, regardless of boos, I still heard cheers."

They came from his support staff, his family, his friends. 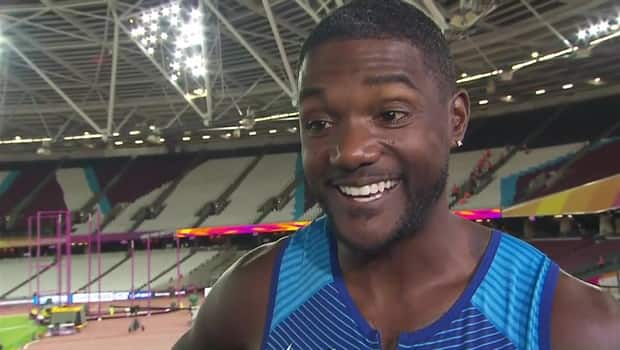 But about those friends — it sure is hard to be close to him and not be bothered by the hecklers.

"I felt a hurt for him," his manager Renaldo Nehemiah said. "I didn't say anything to him, but I hurt for him. It was noticeable, obviously. Then again, I also know Justin. He was going to use that in the right way.

"I said, 'At the end of the day, Justin, no one can control what you do on the track. This is your world. It's one lane, make the best of it."'

And so he did. He was Olympic champion in 2004, four years before Bolt's reign, and world champion in 2017, with Bolt on the way out. Gatlin even borrowed some of Bolt's tactics, too, surging from behind with a fantastic finishing kick to overtake Bolt and Christian Coleman, a fellow University of Tennessee product and new silver medallist. Gatlin's time, 9.92 seconds, wasn't all that electric. But this was all about the win. 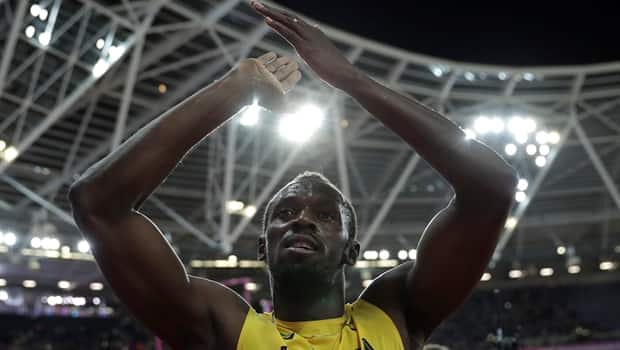 "It's just so surreal right now," Gatlin said. "Usain said, 'Congratulations, you deserve it.' And that's from the man himself. He knows how hard I work."

Bolt paid respect, too, and said the stereotypical casting of Gatlin as a villain has grown stale.

"He's done his time and worked to be one of the best athletes," Bolt said. "He's one of the best competitors I've ever competed with. I know if I don't show up, he's always gonna win."

Two years ago at worlds, it almost happened.

Gatlin made a tactical mistake in Beijing, going into his lean too early as Bolt won by 0.01 seconds. Hurtful as the loss was, an episode the next day during the medals ceremony was worse. Gatlin could be seen pointing toward the stands and chastising a fan. Turns out, that fan was heckling his mother.

Gatlin finished runner-up to Bolt at last year's Olympics. Given the stakes for Bolt in London, this competition figured to be a race for second.

Turns out, there was more left in the tank for Gatlin, who says he has no immediate plans to retire and could be around for the 2020 Tokyo Games.

"I'm going to take it year by year and race by race," Gatlin said. "I'll see where it takes me."