Canadian Melissa Bishop set a national record in the women's 800 metres with a time of one minute 57.01 seconds, but it was only good enough for fifth place as South Africa's Caster Semenya set the pace with a world-leading and meet record time of 1:55.27.

World silver medallist Melissa Bishop is rounding into form at just the right time, racing to a Canadian record in the 800 metres on Friday.

The 28-year-old from Eganville, Ont., ran one minute 57.01 seconds to finish fifth at the Monaco Diamond League meet, squeaking under her previous record of 1:57.02 she set in finishing fourth at last summer's Rio Olympics. 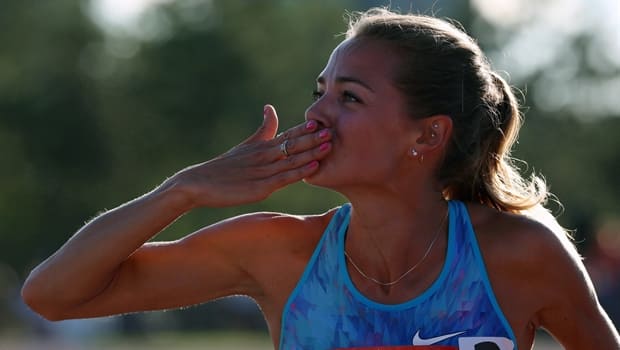 3 years agoVideo
5:31
The Eganville, Ontario native finished 5th at the Diamond League Monaco meet, but her time of 1:57:01 was good enough to set a national record. South Africa's Caster Semenya won in a time of 1:55:27 seconds. 5:31

"The plan was to go out hard and we went out pretty quick, and just getting good position to have a really strong last 200 and I think we did that," Bishop said, though her goal is to break the 1:57 mark. "It was so close to 1:56. I'm happy we have some weeks coming up until worlds and we'll bang it out there." 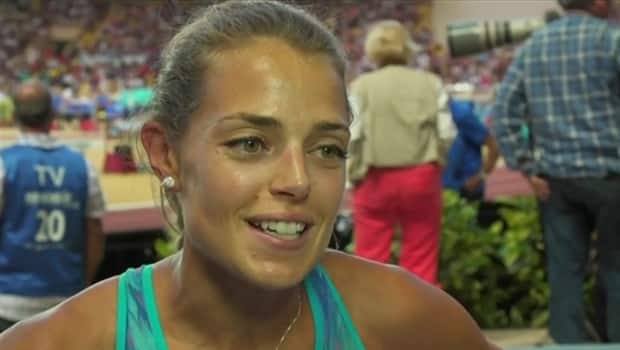 3 years agoVideo
0:36
The Eganville, Ontario native finished 5th at the Diamond League Monaco meet, but her time of 1:57:01 was good enough to set a national record 0:36
CBC's Journalistic Standards and Practices|About CBC Sports