Canada's Melissa Bishop grabbed a surprise silver medal in the women's 800m at the world track and field championships in Beijing. 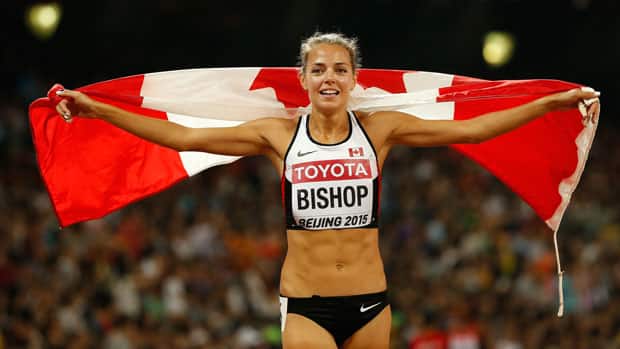 Canada's Melissa Bishop has captured a silver medal in the women's 800 metres at the world track and field championships.

The 27-year-old from Eganville, Ont., crossed in one minute 58.12 seconds in a battle down the homestretch.

Bishop had run 1:57.52 in the semifinals, breaking Diane Cummins' Canadian record that stood for 14 years.

"It's really a dream come true," Bishop said. "Our training has been really consistent over the last few years. This year, we've really worked on a few things and I've been waiting for the right race.

"I'm really happy that it came here at the [world] championships."

Canada's previous best finish in the event at worlds was Cummins' fifth in 2001.

The race featured a quick first 200m, followed by a slow second 200m and then a negative split in the final lap. The pace changes made it a challenging run, Bishop said.