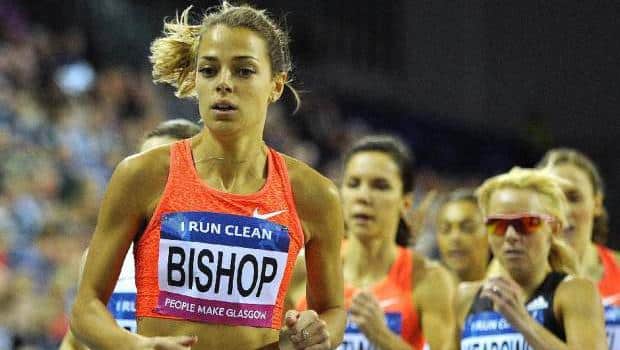 5 years agoVideo
3:06
The Canadian set a new world record for the 2nd time this week in Glasgow 3:06

Days after breaking a Canadian indoor record, Melissa Bishop did it again.

Distance runner Mo Ahmed also had a strong day, establishing a new Canadian indoor record in the 3,000m at the Millrose Games in New York. His time of 7:40.11 was good for fifth place in the race.

Fastest in the world

Sprinter Brendon Rodney of Brampton, Ont., competing for Long Island University Brooklyn, improved his world-leading 200m time at an NCAA meet, winning the Northeast Conference championship race. Rodney, who competed in the event at the 2015 world championships and is a member of Canada's 4x100 relay team, ran 20.46 seconds.

The result makes Rodney the second-fastest Canadian ever indoors over 200m, behind record-holder and relay teammate Andre De Grasse, who ran 20.26 last winter while competing for the USC Trojans.

Canadian pole vault athlete Shawn Barber also brought home gold from the world tour. He finished with 24 points in the final, missing his final attempt at 6.01m which would have been a personal best. His winning jump was 5.89m.

Paralympic champion Markus Rehm, a single-leg amputee nicknamed "Blade Jumper", leaped 8.10m on his fourth attempt to win the long jump in his first appearance at the World Indoor Tour.

Rehm, 27, wants to compete in both the Olympic and Paralympic Games in Rio de Janeiro this year, and the German is attempting to prove to the IAAF — the world governing body — that his carbon-fiber prosthesis does not give him an advantage over able-bodied rivals.