After almost calling it quits early in his European running tour, Canada's Matt Hughes posted his second personal-best time in four days on Tuesday with a 3:37.20 clocking in the 1,500 metres at a World Athletics Continental Tour meet in Zagreb, Croatia.

A dejected Matt Hughes was prepared to scrap the remaining four track meets on a six-stop European running tour and return home to Toronto.

In what Hughes called an "awful last lap" at Monaco Diamond League on Aug. 14, he finished fifth in the men's 3,000-metre steeplechase in eight minutes 16.25 seconds, or nearly five seconds slower than his 8:11.64 personal-best that remains a Canadian record.

"I wasn't in a good mental place," recalled the Oshawa, Ont., native and six-time Canadian champion in the steeplechase. "I didn't want to use COVID as an excuse or [the fact it was] my season opener as an excuse. I know that I had done the work to get to sub-8:10. Two guys ran 8:08, so in my eyes I could've been there, too.

Beyond frustrated with that one. Covid or no Covid, the last 8 weeks of training couldn’t have gone any better. Been 9 yrs now since I’ve PB’d... wtf do I have to do?!

Dave Reid, Hughes' coach, told him they had worked too hard in training to pack it in after two races — the other was a 2,000-metre event in Sweden, where Hughes ran a 5:02.31 PB — and suggested he forget about the steeplechase since a 5,000 and three 1,500s remained on the schedule.

'It's a good way to end the season'

"He texted me after [Tuesday's] race and said, 'I'm sure you're glad now that you stuck it out,'" Hughes said of Reid in a phone interview. "I'm definitely glad I stuck it out but the goal doesn't change. Going into next year, [the plan remains] to hopefully get better and hopefully I'll be validated with a [steeplechase] PB."

Hughes said a contributing factor in his recent success was a week-long trip to Germany he took after Monaco to visit one of his four brothers and his wife.

"I hadn't seen him in over a year so it was cool to put training and racing on the back burner," Hughes said. "I was still training but it was kind of secondary at that point. It gave me a renewed sense that as much as I am an athlete and we focus 100 per cent on track all the time, it is good to get away and not think about it for a bit." 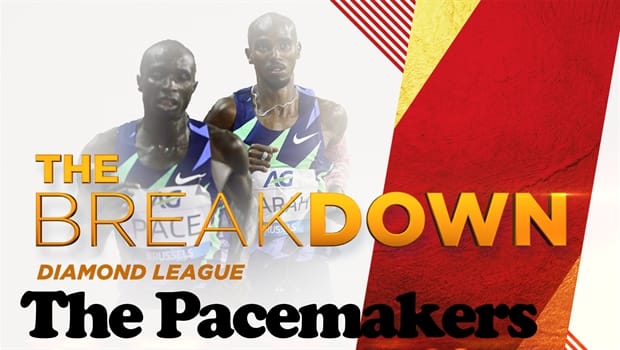 The Breakdown - The Pacemakers

17 days ago
2:44
What is a pacemaker? Are they important? Oh, they're important alright. CBC Sports Anson Henry breaks it down. 2:44

In Tuesday's race, Hughes said he put himself no higher than the middle of the 13-man field before the race broke open with about 300 metres to the finish line and ended with "a pretty good kick with a couple of guys" down the straightaway, with the Canadian placing eighth.

Hughes said Thursday's Golden Gala meet in Rome doesn't fit his schedule — "Usually, I would like a little bit longer time between races" — and added he isn't comfortable travelling to Doha, Qatar "in the current situation" for the season-ending Diamond League event on Sept. 25.

Instead, Hughes will fly home Wednesday and likely begin base, or fall, training the first week of October, he said. The 2016 Olympian told CBC Sports in April he is considering doubling up and running the steeplechase and 5,000 at the rescheduled Games in Tokyo next July.

"Being the year it was [with few steeplechase races] I was able to do more of the 1,500-metre training it takes to run those PBs," Hughes said. "I have a lot more potential, even in the steeple, because I've been saying for years that if I'm going to compete with the top guys, I need to get my 1,500-metre time down and work on the speed a little bit.

"I still haven't reached my potential in all the events, really. I think I still have a lot more to prove."