From devastated to determined, De Grasse now sets sights on 2018

In an exclusive interview with the CBC, Andre De Grasse said he was "devastated" when told he would be unable to compete in the track and field world championships because of a hamstring injury.

'Next year we're going to come back stronger ... and even better,' injured sprinter tells CBC

It didn't take much longer than the two-hour flight from Munich to London for Andre De Grasse to decide what didn't kill him would make him stronger.

In an exclusive interview with the CBC, the 22-year-old Canadian sprinter said he was "devastated" when he emerged from a German doctor's office with the news he would be unable to compete in the track and field world championships because of a hamstring injury.

But when he deplaned in the British capital, site of the event that begins Friday and runs through Aug. 13, the 22-year-old Markham, Ont., resident was already looking for the bright side.

"When I landed and said, 'I'm going to talk to my therapist, Alvin,'" De Grasse told CBC on Thursday. "So I said, 'I guess we're just going to have to scrap it and get ready for next year.' 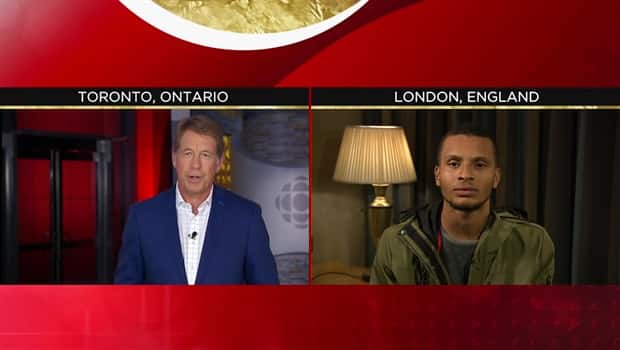 3 years agoVideo
3:54
De Grasse spoke with CBC Sports' Scott Russell, and said he is looking forward to running at the Commonwealth Games and the NACAC Senior Championships in Toronto in 2018 3:54

"I think this is a learning experience for myself and, you know, for my whole team, and we're just going to get better from this. And I think even next year we're going to come back stronger, and everything's going to be back to what it was, and even better."

De Grasse suffered a Grade 2 strain of his right hamstring while training Monday. He received treatment in London on Tuesday before travelling to Munich on Wednesday for a treatment that he hoped would allow him to compete.

Instead he was told that competing could jeopardize his entire sprint career, and the decision was made to shut him down. 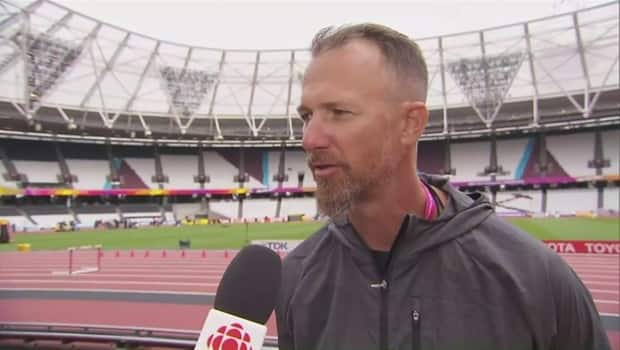 The injury will keep De Grasse from challenging Usain Bolt in the final 100-metre race of the Jamaican's illustrious career. De Grasse won bronze behind Bolt's gold in the 100 a year ago at the Rio Olympics and had geared his season toward not only dethroning the 30-year-old Bolt of his 100-metre title, but running the table with two other events he was to race.

"I wanted to win the 100, win the 200, and, you know, the guys were looking really strong, so I felt like we had a great strong 4x100 as well," De Grasse said. "But, you know, things happen for a reason. I think I'm not going to dwell on it. I'm just obviously going to learn from this experience."

He said he's grateful for the support since revealing the news on Wednesday.

"I just appreciate all the support," he said. "I think everyone's been really supportive of me, whether it's my family, my friends, Canada, they've all, you know, come to me and said 'It's going to be all right, we're going to get better, it happens to the best.'

"I think that was really words of encouragement for me that helped me get over this experience. So for me, I'm just really happy that Canada is behind me, and all my family and friends have just been really, supportive. And yes, I was devastated when I heard the news, but as days go on it's getting better."

De Grasse, who led the Diamond League standings in the 100 and was second in the 200, now faces five or six weeks of rehab that will force him to miss the rest of season schedule. But he said he's looking forward to competing next year.

"Next year's going to be a big year, you know the [NACAC] championship in Toronto, that's going to feel like a whole new experience again just like the [2015] Pan Am Games was, so I'm definitely looking forward to that next year," he said. "It's tough a little bit to sit on the sideline and watch this one, but, you know, I'm okay with it.

"I think things are going to pan out for the best."