Canada’s Justyn Knight surged to a first-place finish in the men’s indoor 3,000 metres at the Millrose Games in New York City on Saturday.

Canada's Justyn Knight surged to a first-place finish in the men's indoor 3,000 metres at the Millrose Games in New York City on Saturday. 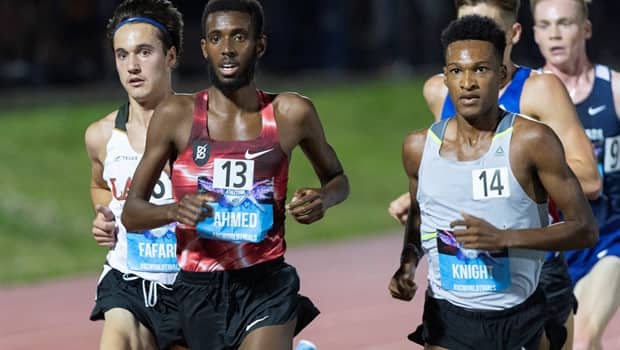 The 24-year-old from Toronto sliced more than five seconds off her own national indoor mile record to finish fourth in the women's Wanamaker Mile. On the way to that feat, she reached 1,500 metres in 4:00.80 to take down Nicole Sifuentes' 4:07.61 national time.

DeBues-Stafford crossed the finish in four minutes 19.73 seconds for fifth place, lowering her previous mark of 4:24.80, set at the New Balance Indoor Grand Prix in Boston on Jan. 26, 2019.

DeBues-Stafford rewrote the national middle-distance record books last season, setting new marks in the 1,500, mile and 5,000 outdoors, and mile and 5,000 metres indoors. She became the first Canadian woman to dip under the four-minute mark in the 1,500, and then she went on to shatter her own record in finishing sixth at the world championships in September in Doha with time of 3:56.12.

Purrier's time on Saturday was the second-fastest indoor mile ever, behind Ethiopia's Genzebe Dibaba world record of 4:13:31, set in 2016.

In the women's 3,000, Julie-Anne Staehli of Lucknow, Ont. also powered onto the podium with a silver.

Staehli was coming off a 8:47.97 PB at the John Thomas Terrier Classic in Boston on Jan. 24, a little more than a second off Jessica O'Connell's Canadian record of 8:46.50. 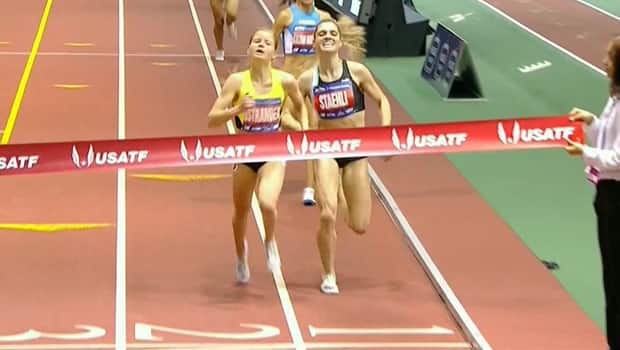 Mexico's Laura Galvan Rodriguez rounded out the top three with her own PB of 8:49.74.

The 24-year-old was fifth in the 3,000 steeplechase at the Pan Am Games last summer in Peru and later competed in the event at the track and field championships in Doha, Qatar.

O'Connell, a 2016 Olympian from Calgary who set the women's Canadian record in 8:46.50 last year at the Millrose Games, did not finish Saturday's race.