The 81-page "Home City Contract" signed in 2013 by the International Olympic Committee, the city of Tokyo and the Japanese Olympic Committee gives the IOC wide latitude to terminate the Summer Games, scheduled to begin July 24.

Japanese Olympic Minister Seiko Hashimoto suggested in Parliament this week that the Tokyo Games could be postponed by a few months from the planned July 24 opening and still meet a contract agreement with the International Olympic Committee.

It's not that clear cut and seems unlikely.

The IOC has said repeatedly the Olympics will open as planned in just less than five months despite a virus outbreak that started in China and has spread to at least 70 countries.

More than 3,100 deaths have been reported including 12 in Japan, which has closed schools, called off mass gatherings, and cancelled several Olympic test events. Preseason baseball in being played in empty stadiums, the soccer J-League is suspended until at least March 18, and a major spring sumo tournament won't allow fans. 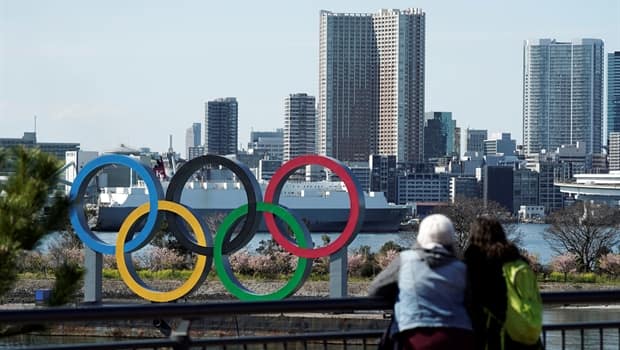 The 81-page "Home City Contract" signed in 2013 by the IOC, the city of Tokyo, and the Japanese Olympic Committee, gives the IOC wide latitude to terminate.

Reading from a prepared text on Tuesday, Hashimoto said: "The IOC has the right to cancel the games only if they are not held during 2020. This can be interpreted to mean the games can be postponed as long as they are held during the calendar year."

3 Olympics wiped out during wartime

Under a section titled "Termination," the IOC has the right to terminate for many reasons: state of war, civil disorder, boycott, and others. It also says the IOC can terminate if it has "reasonable grounds to believe, in its sole discretion, that the safety of participants in the Games would be seriously threatened or jeopardized for any reason whatsoever."

The same section says the IOC can terminate if "the Games are not celebrated during the year 2020." The contract says the IOC has to give local organizers, the city, and the national Olympic committee 60 days' notice to terminate.

The section also says the city, local organizers and the national Olympic committee "waive any claim and right to any form of indemnity, damages or other compensation."

The modern Olympics have been cancelled only three times, all during wartime.

On Wednesday, organizers postponed announcing any measure that might limit crowds for the torch relay, which begins on March 26 in Fukushima prefecture located 250 kilometres northeast of Tokyo. 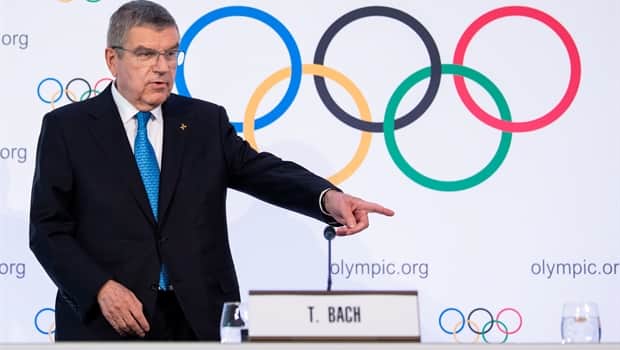 Organizing committee president Yoshiro Mori and CEO Toshiro Muto talked by a teleconference call with the IOC executive board. They said they did not talk about postponing or cancelling the Olympics.

'No such talks' to cancel Olympics

"There were no such talks at all," Muto said, speaking Japanese to more than 100 reporters at the committee headquarters.

In a statement, organizers said they "will take all necessary and appropriate measures to prevent the spread of infection among runners, spectators, and operational staff" during the relay.

The torch relay is promoted by Toyota and Coca-Cola, two key Olympic sponsors. The statement said organizers would consult with local governments "and partner companies" about the possibility of limiting the number of runners and fans as the torch moves around the country.

Muto said organizers hoped to decide about a week before each leg of the torch relay — it runs for almost four months all over Japan — on the need for "restricting the entrance of spectators to the celebration venue or asking visitors along the route to co-operate to prevent the spread of infection."

Any change to the July 24 opening date would have to be approved by international broadcasters. Tokyo is spending about $12.6 billion US to organize the Olympics, although a national government audit says it's twice that. 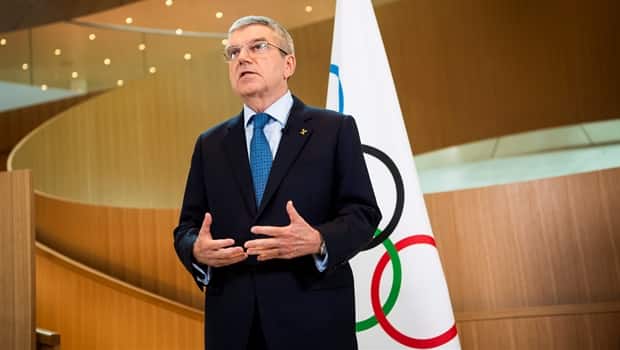 "I don't know, I am not God," Mori replied when asked when a final decision would have to be made on the Olympics.

The IOC gets 73 per cent of its $5.7 billion income in a four-year Olympic cycle from selling broadcast rights. About half of that TV income is from American network NBC.

NBC parent company Comcast said that because of insurance and the way contracts are written, the network won't suffer losses if the Olympics are cancelled. But Comcast CEO Brian Roberts said the company would miss out on ad-driven profit, which was $250 million for the 2016 Rio Olympics.

The IOC says it's relying heavily on the World Health Organization for advice.

Dr. Ali Khan, the dean of the College of Public Health at the University of Nebraska, in an email to AP said the virus outbreak "is a fluid and evolving situation, which makes predictions especially foolhardy. However, it is hard to imagine the outbreak will be fully resolved by the end of May."

Two former IOC vice-presidents, Dick Pound of Canada and Kevan Gosper of Australia, have suggested a decision about Tokyo must be made by late May. That would leave two months to line up more than 15,000 Olympic and Paralympic athletes, organize catering and television broadcasts, not to mention the fate of thousands of tourists, hotel reservations, flights, and ad campaigns.

Tokyo has also suspended training until at least May for 80,000 unpaid volunteers.

"From what we know from numerous other mass-gathering events including sporting events, it is very easy to spread diseases worldwide from such events from meningitis to Zika," Dr. Khan said. "Besides welcoming athletes and spectators with their tiny microbes, there is and may be ongoing disease in Japan."