Japanese swimmer Rikako Ikee will compete in Olympic qualifiers in April after clinching a podium finish Saturday in her first 100-metre butterfly event since being treated for leukemia.

Japanese swimmer Rikako Ikee will compete in Olympic qualifiers in April after clinching a podium finish in her first 100-metre butterfly event since being treated for leukemia.

Ikee, who was diagnosed in February 2019 and returned to action in August last year, finished in 59.44 seconds to win bronze at the Tokyo Open on Saturday. 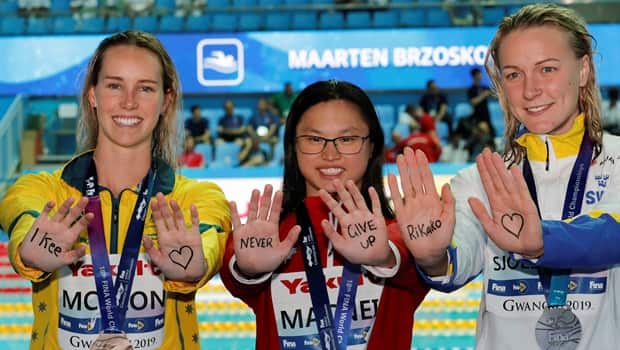 2 years ago
0:30
Gold medallist Maggie Mac Neil of Canada and the 2 other medallists of the women's 100m butterfly pay tribute to Rikako Ikee of Japan who revealed her leukemia diagnosis earlier this year. 0:30

The 20-year-old will now compete at the Japan Swim meet, the country's only Olympic qualifying event before the Tokyo Games, which was rescheduled to July 23.

"I can't say that I'm aiming for it now," Ikee said. "When we start to get results that are world-class, we will think about it at that time." 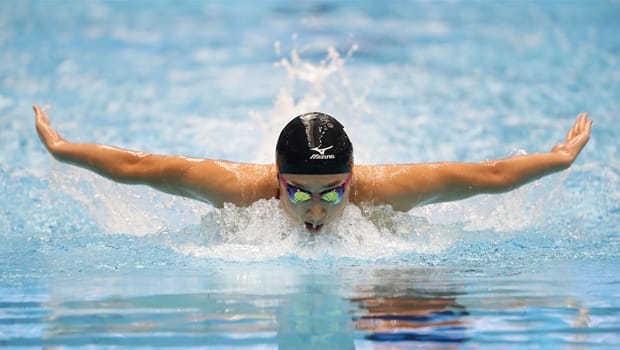 3 years ago
1:09
18-year-old swimming phenom Rikako Ikee has been making waves in the swimming universe since she was fifteen. Competing in the 50, 100 and 200 metre freestyle events, she is a name to look out for ahead of Tokyo 2020. 1:09
CBC's Journalistic Standards and Practices|About CBC Sports