In his sport, Charles Hamelin is surrounded by chaos. That's why the longtime short track star remains so devoted to honing his craft as he looks to make Canadian Olympic history in Pyeongchang.

And that's "RACING" in neon lights, because the athletes in Hamelin's chosen sport are as skilled and daring as any stock-car driver.

"You have to be a racer to be a short tracker," says Hamelin.

Here's one of Hamelin's masterful races — his gold medal-winning skate in 1,500 metres at the 2014 Sochi Olympics: 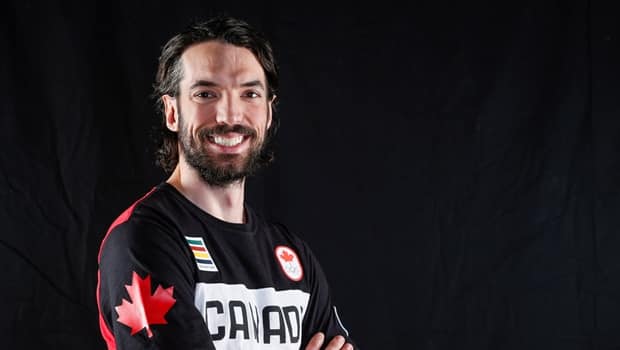 3 years ago
24:33
The veteran short track speed skater will step to the line in Pyeongchang, South Korea with the ability to re-write the Canadian Olympic history book. 24:33

Twelve years after his first Olympics, Hamelin, from Sainte-Julie, Que., is still devoted to crafting the perfect race as he prepares for the upcoming Winter Games in Pyeongchang, South Korea.

He says the work begins in his mind, by managing the equilibrium between stress and confidence.

"You need to have a balance of everything so you can be clear in your mind what you do in a race — when to pass, when to go to the front, when to economize some energy.

"That's when I find myself skating at my best. It's when every part of my mind is well-balanced and I am confident going into the race."

Each competition demands that Hamelin execute his strategy while calculating his energy levels and responding to what his competitors are doing.

"I trust my instincts really well," he says. "You could race 10 times with the same four skaters and the race will end up different because short track is so unpredictable and anything can happen."

No one's arguing with that.

In Sochi four years ago, Hamelin's Olympics began wonderfully but ended in disaster. After his impressive 1,500-metre gold, he fell in his 1,000m quarter-final. Days later, astonishingly, he slipped on a corner during his 500 qualifying heat, ending his hopes of defending the Olympic title he won in Vancouver.

Canadian officials blamed the ice quality, But Hamelin, now 33, isn't interested in reflecting on what went wrong in those 2014 Games.

"I don't think about Sochi anymore," he insists. "My gold medal will be my memory."

Indeed, Hamelin's preparations for Pyeongchang don't include looking back on 2014.

Instead, there's the rest of the world to worry about.

Hamelin says that, in his time, short track has evolved into a much more competitive sport.

"Right now we have, I would say, eight to nine countries that can have a skater that would be able to win individual races in World Cups."

"It's a field completely different than what it was four years ago and eight years ago," he says. "You need to adapt your way of racing."

Hamelin used to shoot to the front and control the race from there. But today there are more skaters who can pass him at the end, so it's all about conserving energy.

One way he does this is by playing with where he enters the corners — what he calls his "tracks" — so that "it's difficult to pass me towards the end of the race."

While the bulk of Hamelin's energy is pinpointed on his own success in Pyeongchang, he is mindful of his legacy and his younger teammates, such as rising star Sam Girard.

"I love everything about my sport and I will do everything to, yes, make myself successful, but also make my team successful," says Hamelin, who is in his 15th World Cup season.

"I want to look back and be proud of all the athletes that will have as good a result as I did in the past, or even better results because we were able to make them better than me."

Becoming better than Charles Hamelin would be a significant feat. And it may be an even loftier goal after Hamelin makes his mark on these Olympics.