Russia's anti-doping agency (RUSADA) said on Wednesday that comments made by its director general about sports doping had been distorted and taken out of context, the Tass news agency reports.

Russia's anti-doping agency (RUSADA) said on Wednesday that comments made by its director general about sports doping had been distorted and taken out of context, the Tass news agency reported.

The New York Times cited Anna Antseliovich, the acting director general of RUSADA, as saying there had been "an institutional conspiracy" for sports people to use doping in Russia, but that top officials had not been involved.

Tass cited a RUSADA statement as saying that the impression had wrongly been given that its leadership recognized that there had been an "institutional conspiracy."

Kremlin spokesman Dmitry Peskov on Wednesday denied state involvement in doping and said Russian authorities would investigate whether they were the actual words used by Antseliovich before deciding how to respond.

But Vitaly Stepanov, who along with Olympic runner and wife Yuliya Stepanov, blew the whistle on Russia's systematic doping of athletes, scoffed at Peskov's denial.

"In my view she [Antseliovich] personally knew what was happening," the former employee at RUSADA told CBC News. "She was part of it as well on her level. I've said it many times it doesn't take too long for any person inside Russian sports to figure out what's really happening."

Stepanov also sees the controversial promotion of Vitaly Mutko from sports minister to the newly created position of Russian deputy prime minister as a major step back.

"As I said, the state supported the doping system … the one that was organized by the ministry of sports, and for doing so the person [Mutko] was promoted," he said. "That's how seriously they take the problem. I still don't get the feeling they're trying to change anything. They keep trying to hide things.

"But sometimes they say a little bit too much. It's not just the head of RUSADA who was doing it. Other people are doing that in Russia. They sometimes don't notice they give a little too much information and then they compromise what they're saying."

McLaren detailed a wide-ranging "institutional conspiracy" that involved more than 1,000 Russian athletes across more than 30 sports in a scathing report released on Dec. 9. He provided details of state involvement in a massive program of cheating and coverups that ran on an "unprecedented scale" from 2011-15.

"I had numerous conversations with her over months, and … I doubt she was misinterpreted," McLaren said.

In a statement to provided to CBC News, the World Anti-Doping Agency (WADA) indicated that it is aware of the New York Times article and RUSADA's statement.

"WADA, and the broader anti-doping community, has been vocal in asking Russian officials to formally acknowledge the validity of the first, and now the second, McLaren investigation reports.

"While some progress has been made with RUSADA's efforts to regain compliance with the dode, there remain a number of challenges that must be addressed before that can happen.RUSADA must demonstrate that its processes are truly autonomous, independent from outside interference and properly resourced for the task of protecting clean athletes both in Russia and abroad.

"This includes the restructuring of the newly formed RUSADA supervisory board. Only once RUSADA, and its governing structures, has successfully demonstrated that it can achieve such independence, will athletes and the broader public regain faith in Russian sport."

McLaren's report said that the conspiracy involved the Russian Sports Ministry, the national anti-doping agency and the FSB intelligence service.

He said Wednesday that he has seen changes taking place since releasing his report.

"They've already started," he said. "First of all, they removed all the people mentioned in my report earlier in July of this year, and they have appointed Vatali Smirnoff to head a public commission to ensure that the anti-doping system operates properly and effectively.

"And they have decided to restructure the Russian anti-doping agency. We are awaiting their new doping rules to bring forward in January. So they have taken some steps." 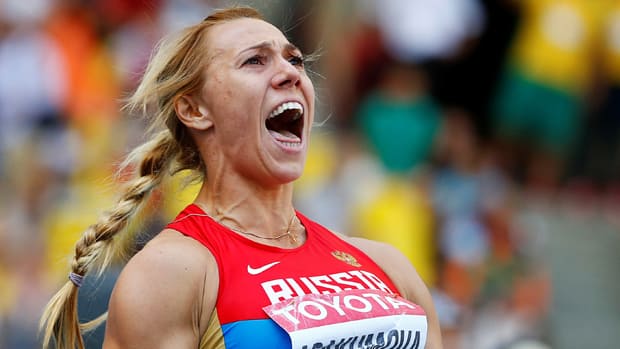 4 years ago
3:29
The independent investigator appointed by the World Anti-Doping Agency is Canadian Richard McLaren 3:29

He added that there is much more to do.

"You can change the rules and change the law, but that doesn't necessarily mean that behaviour on the ground changes."

"I think the officials at the senior levels really want to rejoin the community, the sport community and get inside the tent, and I think they are genuinely pursuing reform," he said.

"The question is whether that will filter down to the ground level .… It is an enormous change for a lot of individuals, and it is a cultural aspect of how sport is played and carried on in Russia. It will take some time for it to really change."