On this week's edition of Olympic Games Replay, CBC Sports showcased some of the big moments from Canada's women athletes at the Rio Olympics.

For the foreseeable future, sport has been shut down.

Because of its reliance on athletes in close proximity on the fields of play and devout fans congregating in arenas, stadiums, pools, and tracks, it will be one of the last aspects of normal life to resume in light of the world-wide pandemic.

It's truly ironic to think that what has always brought us together is now keeping us apart – and for our own good. 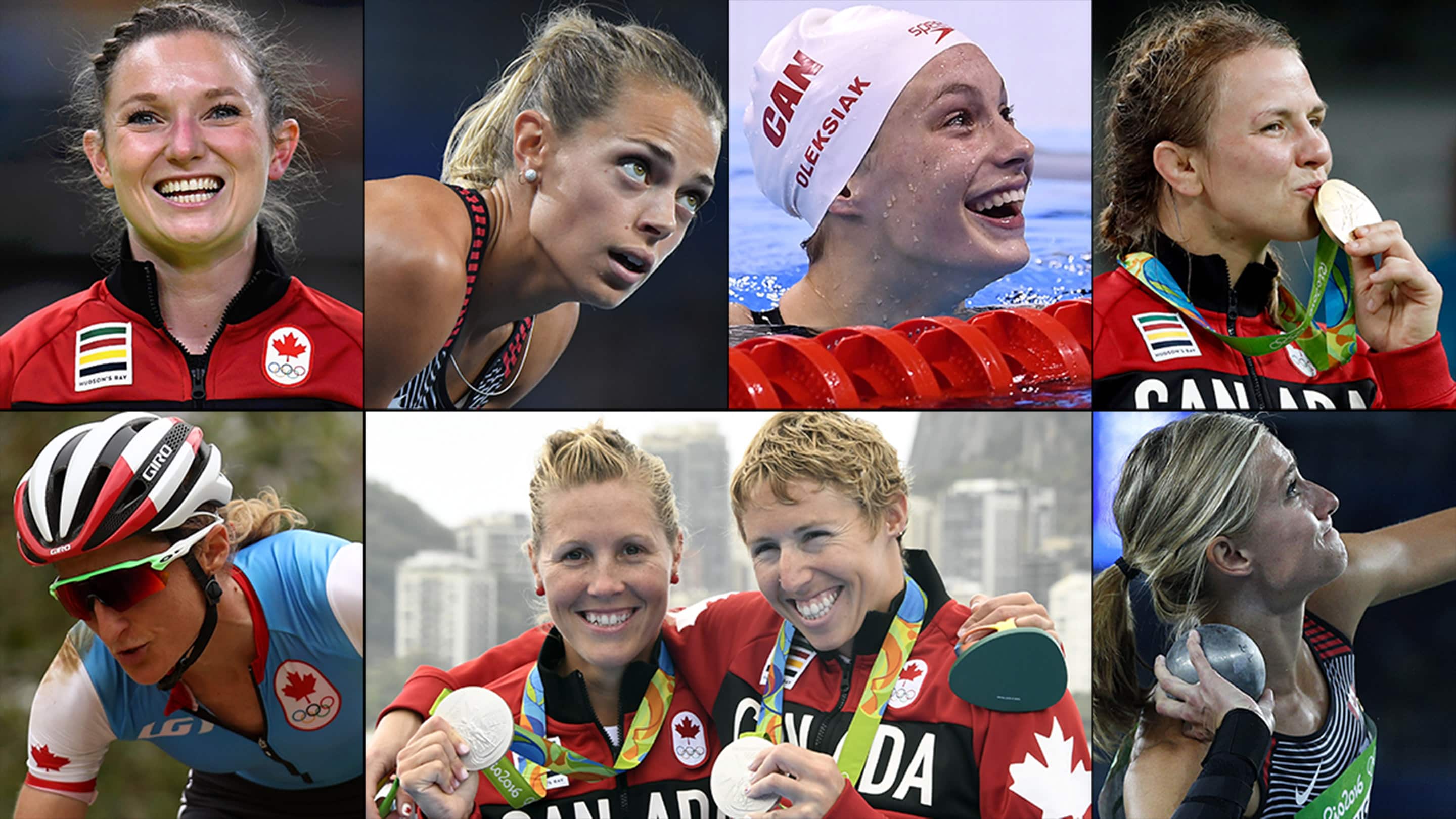 10 months ago
3:07:42
Relive the accomplishments of Canadian women athletes at the Summer Games in Brazil. 3:07:42

As the global community strives to halt the advance of COVID-19 and the spread of the coronavirus, we are forced into the unenviable position of appreciating the beauty of sport in the absence of competition, which is the one essential aspect of the sporting pursuit in the first place.

All we are left with is admiring sport through a reflective lens and appreciating the significance of results already decided. In the absence of the drama embodied in a game or a race, we settle for a recollection of what is now history. That and endless speculation about what might happen when sport mercifully begins again.

This week's edition of Olympic Games Replay features the exploits of Canadian women at the 2016 Olympics in Rio de Janeiro, Brazil. 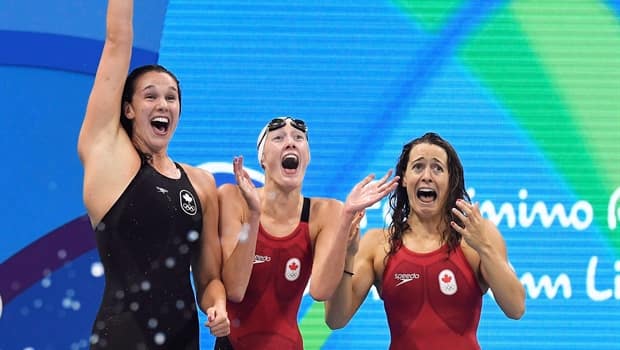 Olympic Flashback: Celebrating the Canadian women of the Rio Olympics

While the Games were generally exceptional for the entire Canadian team, the accomplishments of the Maple Leaf women were particularly noteworthy and may in fact have reflected an evolution in the way the Canadian public appreciates sport as a whole.

Team Canada in Rio was overwhelmingly female in its composition. In a delegation made up of 315 competitors, 187 women took part in 28 sports while 128 men were entered in 22 sports. In traditional team events there were three Canadian women's squads, basketball, soccer and rugby sevens, while only the men's volleyball and field hockey teams from Canada qualified.

The women's soccer and rugby teams won medals and the basketball team finished a strong seventh after losing narrowly in quarter-final action to the French.

"Thankfully we are a country that values women's team sport," said Lisa Thomaidis, the head coach of the Canadian women's basketball team, as well as the current U Sports champions from the University of Saskatchewan.

"But we are a long way off from genuine equity when it comes to professional leagues and media coverage still, we are making strides. I can't wait for the day that it's not a big deal or something that I need to tweet about when I can turn on the TV in Canada and women's sport can be seen on any day of the week."

The women's basketball team has already qualified for a third consecutive Olympics in Tokyo and Thomaidis knows that's essential to the growth of the game.

"Our team can be seen and these women can be celebrated," she reckoned. "Being seen on TV at an Olympic Games can inspire so many young girls and boys to pick up a basketball, or dream of one day representing Canada.  I know personally, it was watching the 1984 and 1988 Olympic Games that truly inspired and motivated me."

Individual women also made a huge impact in Rio.

Of the 22 total medals won by Canadian athletes, women contributed 16 including three of four gold medals. Women captured medals in nine different sports in Brazil as compared with men, who won medals in only athletics and equestrian events.

Rio was the second Games for Canadian artistic gymnastics star Ellie Black, whose fifth-place in the women's all around final gave Canada its best-ever finish in the event. The Halifax native said the performances she witnessed at those Games were exciting because they not only pushed her to be better, but what they would inspire from young athletes watching from home.

WATCH | Ellie Black reflects on career ahead of push for next Games: 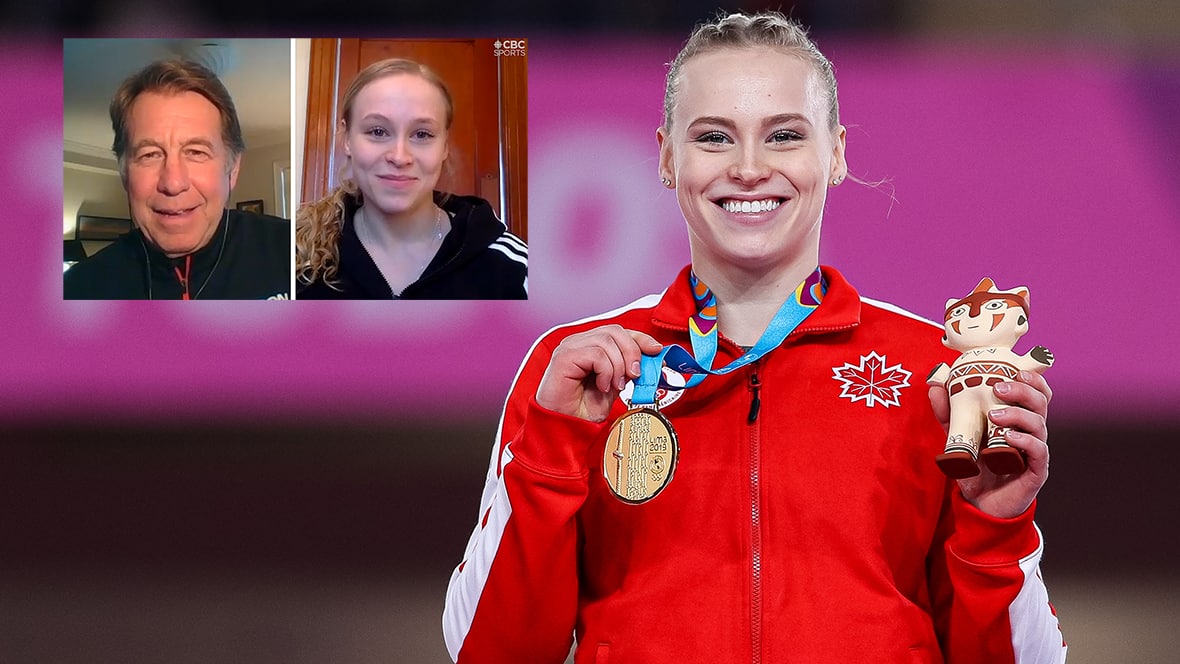 10 months ago
5:50
CB Sports' Scott Russell spoke with two-time Olympian Ellie Black, who despite a serious leg injury and the Olympic postponement, is gearing up for her 3rd Games. 5:50

"Competing in the Rio 2016 Olympic Games alongside all the incredible athletes but especially so many strong female athletes was empowering and inspirational," she said. "Seeing the success and domination of the women and being apart of that was historic.

"You feel like you're paving a path for the next generation of young women. Inspiring them to make their mark and showing them that they can be successful in whatever they set their minds to."

"I watched with immense pride the success of our women on the world stage and thought profoundly about how that must be influencing young women back home," Harnett said.

"Many times, perhaps too many, the lines blurred between my role as chef and my role as the father of a daughter."

Harnett agreed to assume the role of chef de mission for the Rio Olympics late in the going when freestyle skier Jean-Luc Brassard resigned from the position in the lead up to the Games.

Harnett who had been the successful team leader at the Toronto 2015 Pan Am Games, was eager to have his wife Victoria Winter, a former equestrian rider, and their 10-year-old daughter Olivia accompany him to Brazil. He watched as their child revelled in witnessing the medal victories of Penny Oleksiak, wrestler Erica Wiebe, and the rugby sevens team first hand.

"That journey for her was profound," Harnett recalled.

"To be honest I think that is just the way that our women are.  To her it is just the way women are supposed to perform and I think that my wife and I are fine with that.  I may be blind to any current struggles, but I truly do feel that Canada makes the pathway for female athletes to succeed internationally very accessible."

WATCH | Erica Wiebe: 'It was a crazy couple of days' 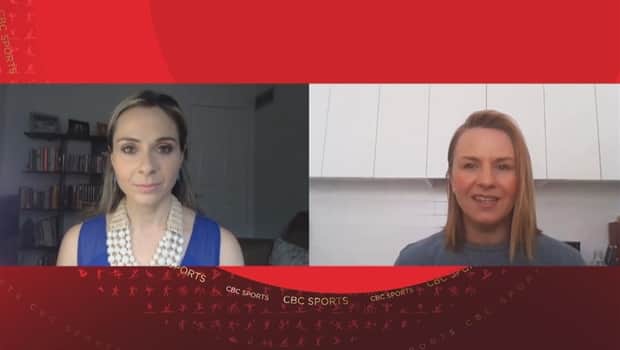 Erica Wiebe: 'It was a crazy couple of days'

10 months ago
7:24
Olympic wrestling champion Erica Wiebe had to focus on clinching a spot for Tokyo 2020 while the rest of the sporting world shut down due to COVID-19. 7:24

Harnett also told the story of taking Olivia to Parliament Hill in Ottawa to see the trampoline champion Rosie MacLennan named as Canadian flag bearer just a couple of weeks before the Games. He remembered that his daughter, who is extremely shy, whispered that she might like a photo with the Olympic gold medallist, which MacLennan gladly agreed to.

"Then the last competition that Victoria, Olivia, and I got to watch together in Rio before they headed back to Canada was women's trampoline," Harnett noted. 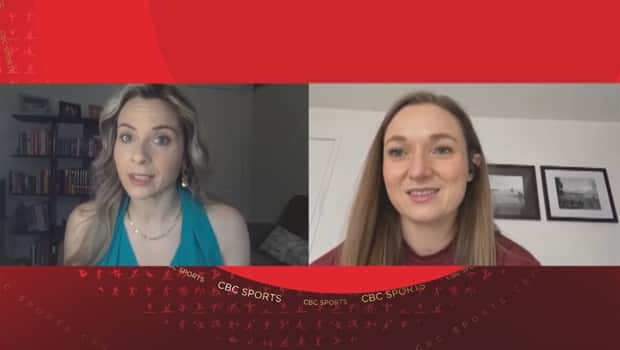 "We know the result, Rosie won again. We were seated near the podium and Rosie saw Olivia in the audience and gave her a wave. A dad's knees weakened to think what that moment must have meant to his little girl."

The Rio 2016 Olympics were truly triumphant for Canadian women. As Rosie MacLennan had carried the flag into the opening ceremony, the four-time medallist and teen swimming sensation Penny Oleksiak carried it into the closing ceremony on the final night in Brazil.

It was a symbolic gesture but important in confirming to everyone who has anything to do with Canadian sport that women are more than qualified to be the undisputed stars of the show.

WATCH | Penny Oleksiak looks back at her Olympic debut: 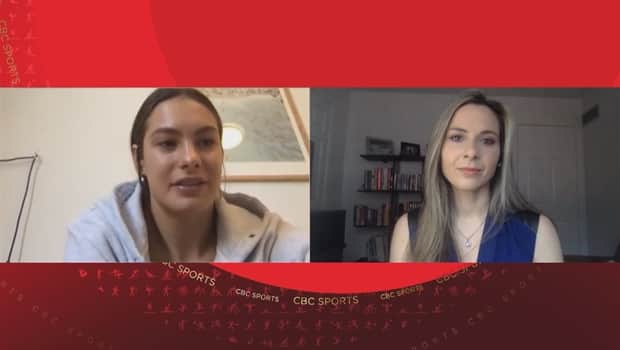 "With so many girls leaving sport at young ages, I think it's important that women in sport are seen on a regular basis," Thomaidis concluded.

"Until such time as we have the same opportunities as men to make a living in sport, we need to keep working hard to profile these inspiring teams and individuals."