The Winter Games in Sochi, Russia, on the coast of the Black Sea, will forever be remembered as the most expensive Olympics and Paralympics of all-time.

It's said that the country's leader, Vladimir Putin, in an act of supreme vanity, allowed $52 billion US to be spent in order to stage what was effectively "Disneyland" for global, athletic, endeavour.

These Games were reviled by critics because of their lavish, over the top, trappings in a place that had little sporting history to speak of.

Still, in all — more than six years after the fact — some of the athletes you talk with absolutely loved the Sochi experience … in particular the Canadian hockey players.

"I remember being able to look out our window at the Olympic Village and see the water and beautiful scenery," Canadian women's team goaltender Shannon Szabados said via e-mail.

"The arena and the amenities were first-class, which made it fun for our families and engaging for fans. The atmosphere was awesome and really made it easy as an athlete to buckle down and recognize the enormity of where you were."

"Honestly, the entire Sochi Games were the most incredible experience I've ever had," he gushed.

"In any of the five Games that I have been to, nowhere else could you see the Olympic/Paralympic flame at all times.  That coastal cluster of venues was the coolest thing I have ever seen. We could walk and wheel to all of our games and practices and everything was just perfect."

Performance had a lot to do with the fond recollections that Canadian hockey players and fans have of the Sochi Games. 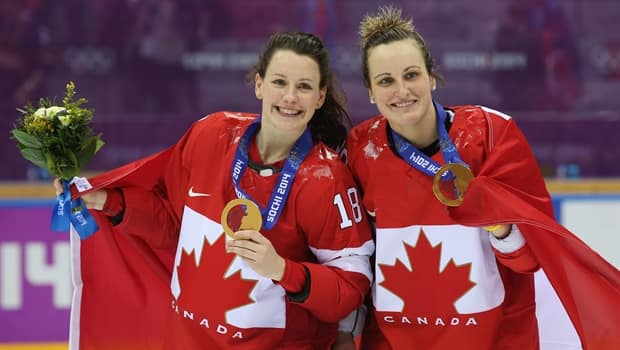 The men and women won back-to back gold medals having previously triumphed in Vancouver on home ice. The Russian men and women, conversely failed to win a medal at the first winter Games held in their country.

And in sledge hockey, as it was then called, the Canadians won a hard fought bronze medal while the Russians broke through with silver and thus attracted a large and enthusiastic following for the sport.

I can remember walking out of the Olympic stadium after broadcasting the closing ceremony and being approached by a Russian fan wearing a baseball cap who spoke excellent English.

"Hey, you, from Canada," he said in a friendly way. "Congratulations on your hockey gold medal. I really admire the way your guys play the game. Like a real team. Our players are just a bunch of individuals. It's every man for himself."

I asked him where he was from and he said he had come down from Moscow. Then he lifted his jacket to reveal the hand gun resting in the holster on his hip.

"I'm one of the security guys whose been looking out for you the whole time," he grinned. "Congratulations again and I hope you enjoyed Russia."

Indeed, the Canadian men — led by the likes of Jonathan Toews, Sidney Crosby, and goaltender Carey Price — were dominant.

They went undefeated in the Olympic tournament giving up only three goals in the six games they played and shutout Sweden three-nothing in the final at the palatial Bolshoy Ice Dome.

The Canadians were the first team to win every game they played at an Olympics since the Soviet Union won the gold medal at the 1984 Games in Sarajevo. It was the third time in the last four Olympics that the Canadian men had taken gold and the ninth time in history.

Because of the nine-hour time difference, bars back home opened as early as 4 a.m. and a whopping 15 million Canadians watched at least part of the gold medal game.

The executive director of the team, Hockey Hall of Famer Steve Yzerman, called the Sochi performance the finest defensive effort ever by a Canadian squad.

The women's tournament boiled down to arch-rivals, the United States and Canada yet again. The gold medal final turned out to be a game for the ages.

The Americans led two-nothing with three-and-a-half minutes to go in the third period when Brianne Jenner scored for the desperate three-time defending champions from Canada.

Then with just over a minute to go, goaltender Shannon Szabados, who had been the tournament's top puck stopper four years previously at Vancouver, was lifted by Canadian coach Kevin Dineen in favour of an additional skater.

"It's tough because now everything is out of your hands," Szabados admitted. "It's a helpless feeling but at the same time that's when you have to trust your teammates."

The strategy by the ex-NHLer Dineen, who had assumed coaching duties with the women's national team just two months before the Games, worked wonders and Marie-Philip Poulin scored with seconds remaining to send the game to overtime.

"He definitely shifted the tide in that game with his bench management and ability to stay calm and confident throughout," Szabados said of Dineen.

"He brought a sense of confidence and composure to our group that we were lacking. We finally had some stability with him and the girls really respected him."

The first women's gold medal game at the Olympics to go to overtime was a nail-biter which far eclipsed the excitement factor of the men's match which was to follow. The pace was torrid and each team created a bevy of chances in the sudden-death frame.

"We had already come so far and I knew the momentum was in our favour," the Canadian goalie recalled.

The Canadian confidence came to the fore and with eight minutes gone in the dramatic overtime Poulin scored again to secure the 3-2 victory and an historic fourth consecutive gold medal at the Olympics for the Canadian women.

"Sochi was definitely the craziest and most exciting game I've ever been a part of," Szabados reckoned. "The atmosphere in Vancouver will always separate it from any other Olympics, but the thrilling outcome of Sochi's game is one for history."

Para-hockey a hit with local fans

Two weeks later at the Paralympics, the Canadians were playing to packed houses at the Shayba Arena as the Russian fans warmed to sledge hockey in big way.

Led by prolific scorer Billy Bridges, captain Greg Westlake, and veteran Brad Bowden the team breezed through the preliminary round but lost to the Americans 3-0 in the semi-final.

For Bridges, who had already been Paralympic champion in 2006, failing to win a medal at the home Games in 2010 was a bitter memory he carried to Russia.

"That was the most devastating moment in my career," he said flatly.

"Sochi had been the only thing I could think of after that puck went off my shoulder with five seconds left, in the bronze medal game against Norway in Vancouver. The next week we got a puppy and named her Sochi."

While the Americans played and eventually defeated the home team from Russia to win the gold medal, the Canadians again drew Norway with the bronze medal on the line. 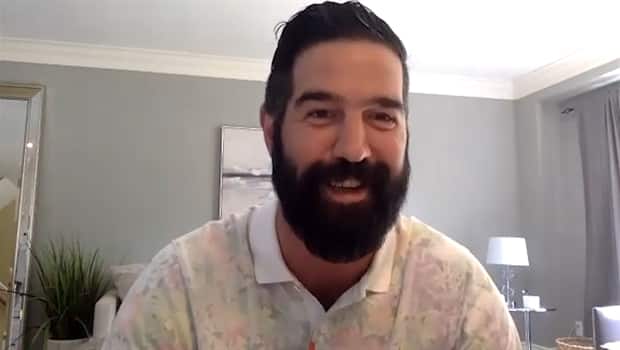 9 months ago
2:22
To medal in a country that didn't initially want to hold the Paralympic Games gives Greg Westlake hope for the future. 2:22

They totally dominated the confrontation, and Billy Bridges scored two goals in a three-nothing triumph to avenge the loss at Vancouver four years earlier.

"Having spent 22 years on the Paralympic team, or over two-thirds of my entire life, you absolutely start to appreciate things differently," Bridges reasoned.

"The medal really ends up representing something tangible, that you can hold, to show people the efforts that you and your entire team have put into your sport over the last four years in the pursuit of excellence."

And Bridges has one more recollection from the most expensive Olympics and Paralympics of all-time in 2014.

"If my research is correct, that medal from Sochi is the heaviest Paralympic or Olympic medal ever made," he concluded with pride.

"So that makes it pretty cool to show around."

Looking ahead, Saturday, June 20th, Olympic Games Replay No. 14 will be a showcase broadcast which will highlight timeless Olympic record breakers in addition to celebrating the 11 inductees — athletes and builders — who will receive the Order of Sport in Canada and comprise the Class of 2020-21 at Canada's illustrious Sports Hall of Fame.