On this week's edition of Olympic Games Replay, CBC Sports features a look back at some of the most historic records set during the Olympic and Paralympic Games.

There's an old saying that goes a long way toward explaining the constant evolution of sport.

Records are made to be broken.

While standards exceeded and times eclipsed are often temporary in nature and less tangible than gold medals won, they serve as a constant reminder of what is humanly possible as well as the potential to achieve remarkable things.

This Saturday's edition of Olympic Games Replay was about some historic records that have been set on the greatest stage of global sport and the characters who conjured up what is often referred to as Olympic and Paralympic magic.

2 years ago
Duration 2:27:24
Watch incredible action from some of the biggest moments on the Olympic and Paralympic stage.

The examples this weekend are myriad and obviously not all of them have a Canadian connection.

The astounding feats of American swimmer Michael Phelps who won eight gold medals at the Beijing Olympics or sprinter Usain Bolt of Jamaica, the only human being to win gold medals at 100m and 200m at three consecutive Olympic Games, will not soon be equalled much less bettered.

2 years ago
Duration 1:09
A look back at unforgettable performances from Olympic champions.
Nor will the perfect tens recorded by gymnast Nadia Comaneci at the Montreal Olympics in 1976 or the exploits of Czech distance runner Emil Zatopek who won the 5000m, 10,000m, and Marathon all at the same Olympics in Helsinki, Finland in 1952.

More recently, at the Rio Olympics in 2016 by running a time of 43.03 seconds, South Africa's Wayde van Niekerk astoundingly erased the 400m world record on the track which had been held by the legendary Michael Johnson of USA for 17 years.

"The fact that he did this solo, running blind from lane No. 8 made it even more of a performance of a lifetime," marvelled CBC track and field analyst Michael Smith.

"Van Niekerk is not much of a household name despite the fact he is the only human being to run sub 10 seconds in the 100m, sub 20 seconds in the 200m and sub 44 seconds in the 400m. I'm still a sports physiology geek and this record is otherworldly."

From a Canadian perspective, there have been a number of Olympic firsts to reflect on.

Not the least of which is Donovan Bailey's then World and Olympic record set while winning the men's 100m title at the 1996 Olympics in Atlanta. It was most importantly about winning the gold medal, but it was also noteworthy because of the finishing time of 9.84 seconds as well as the velocity Bailey achieved which was in excess of 27 mph.

"If you ask me if it was a perfect race, I'll tell you it was not," Bailey chuckled on a recent Zoom interview.

"I had a terrible start but I'm humbled and blessed to know that the only person who has reached a higher top speed than me is the great Usain Bolt. Essentially I was trying to ensure that I messed up as little as possible in that race. But I am indeed happy that at that time, almost 25 years ago, I became the fastest human being in history."

26 years ago
Duration 15:18
Not silver, not bronze - only gold will suffice for sprinter Donovan Bailey. Track footage courtesy of the International Association of Athletics Federation.

Swimmer Stephanie Dixon concocted a marvellous first appearance at the Paralympics as she rose to the surface of the pool down under in Sydney at the 2000 Games.

She became the first Canadian athlete to win 5 gold medals at a single edition of the Paralympics and she did it at the ripe, old, age of 16.

"I left Sydney with so much more than medals," she said via email from her home in Whitehorse, Y.T. "My first Paralympic Games opened my eyes to what it truly means to be a world class athlete and what equality in sport looks like."

Dixon ended up winning a total of 19 Paralympic medals over the course of her outstanding career and has been inducted into the Canadian Disability Hall of Fame, Canada's Sports Hall of Fame, and will serve as Canada's Chef de Mission for the Tokyo Paralympics in 2021.

"I realized back then that we were all part of history in the making and wanted to be a part of the Paralympic movement," she reckoned.

"Canada continues to be a force and a leader in the Para sport movement not only on the medal table but more importantly, in demonstrating the values of sport.  That is something that I, and every Canadian, can be very proud of."

Le May Doan defends her crown

The first Canadian athlete to successfully defend an individual Olympic gold medal is speed skater Catriona Le May Doan. Having won the 500m at the Nagano Olympic Winter Games in 1998, she came to Salt Lake City in 2002 as the overwhelming favourite to repeat and was also the Canadian flag bearer at the Opening ceremony.

"People kept reminding me I could possibly do something that no Canadian individual had ever done in the history of Canada sending a team to the Olympics," Le May Doan reflected over the phone from her southern Alberta home where she is now the President and CEO of Sport Calgary.

"There's no second chance … just one final every four years. It was more pressure than I will ever face again in my life. It was almost too much to bear." 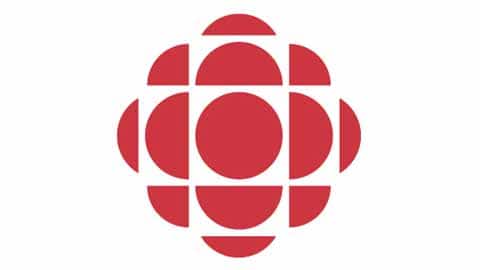 The only Canadian athlete to repeat as individual champion at the Olympics besides Le May Doan is trampoline gymnast Rosie MacLennan who ironically won gold in London 2012, carried the flag in Rio, and then won gold again.

Finally, there's speed skater/cyclist Clara Hughes who is an Olympic standard bearer because she is the only person, male or female, to have won multiple medals at both the winter and summer Games.

In all, Hughes shares the Canadian record for most total medals in Olympic competition with her skating teammate Cindy Klassen. Both won six medals. The difference is the first two medals for Hughes were won in cycling at the 1996 Atlanta Olympics. In fact, her bronze medals in the individual time trial and the road race were the first cycling medals that a Canadian woman had ever won in Olympic competition.

2 years ago
Duration 4:08
The 6x Olympic medallist breaks down her first Games as the rookie on one of Canada's most iconic teams.

But Hughes saw them as ground breaking in a different way.

"I was excited because 1996 was the first time the time trail event was in the Olympics for women," she said in a Zoom interview.

"This was also only the fourth Olympics that women were allowed to race their bikes. It was a time where we needed to show the world that women can do this as well as men and sometimes even better. Let's show the world what we can do."

The modern Olympics began in Athens, Greece in 1896 and the winter Games started in Chamonix, France in 1924. The history of the world's largest sporting event now spans more than a century and much of it has been written by the record breakers who continue to push the limits of human capability.

Olympic Games Replay No. 14 also includes a look at the 11 athletes and builders who comprise the Class of 2020-21 for induction into Canada's Sports Hall of Fame.

Looking ahead to Saturday, June 27, Olympic Games Replay will focus on soccer and present the men's gold medal matches from both the Beijing 2008 and Rio 2016 Olympics. Featured prominently will be superstars Lionel Messi of Argentina and Neymar of Brazil.