The coronavirus has already forced Canadian athletes to scuttle training camps and bow out of major competitions, but in the bigger picture, Olympic athletes have no idea if the Tokyo Games themselves might be postponed or cancelled all together.

Sprinter Andre De Grasse hopes that by opening day, everything is cleared

The countdown clock for the 2020 Summer Games officially sits at 143 days, and Canada's top athletes are making the final push toward realizing their personal dreams of Olympic glory.

Already under immense pressure — the Olympics only come every four years and, for many, they are a once-in-a-lifetime opportunity — these young men and women face another massive obstacle on the rocky road to Tokyo.

The coronavirus has already forced Canadian athletes — in sports such as track and field, water polo, and table tennis — to scuttle training camps and bow out of major competitions.

In the bigger picture, the athletes have no idea if the Tokyo Games themselves might be postponed or cancelled altogether. The opening ceremony is scheduled for July 24.

"The support teams — the coaches and the families — can help by redirecting them to focus on the here and now," says Dr. Tricia Orzeck, a licensed psychologist with a specialty in sports.

"One day at a time. They can't control what decision is made with Tokyo, so really they just need to just keep focusing on what they're doing now."

One of Canada's brightest stars, Andre De Grasse, is shooting for gold in the 100, 200 and 4x100-metre relay. He won silver and bronze at the 2016 Summer Games in Rio de Janeiro, and he badly wants to upgrade.

His phone is constantly bombarded with news about coronavirus.

One of the fastest men on the planet, De Grasse can't outrun the constant talk about the rising threat.

"It is scary, but I just try not to think about it," De Grasse told Radio-Canada Sports.

"I kind of have to continue to keep focusing on my sport and hoping that by the time the Olympics come around everything is cleared, everything is ready to go, and everyone is going to have a great time at the Olympics.

Preparing for potential calamity is nothing new for the International Olympic Committee. Fears of the H1N1 pandemic hung over the 2010 Winter Games in Vancouver. The threat of the Zika virus caused some athletes to bow out of the 2016 Summer Games in Rio.

"Like any big Games, you plan for the worst and hope for the best. And the same thing really applies this time."

WATCH | COC's chief medical officer on impact COVID-19 might have on Canadian athletes: 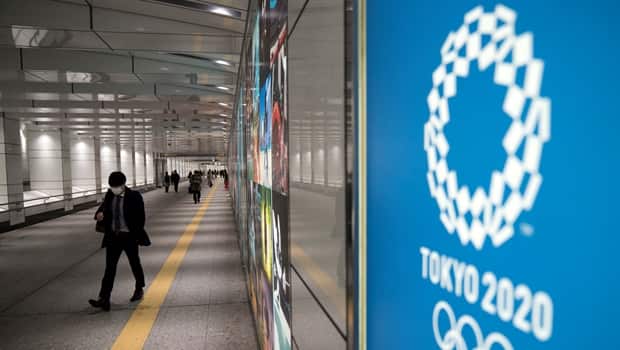 COC's doctor on impact COVID-19 might have on Canadian athletes

9 months agoVideo
7:32
Dr. Bob McCormack speaks to CBC on the concern the virus might have on Canadian athletes and the Tokyo Olympics. 7:32

The global death toll from COVID-19 sits around 3,000, with roughly 2,900 of those fatalities occurring in mainland China. The virus has spread to more than 60 countries with more than 100 deaths. On Sunday, health officials announced four new cases in Ontario, bringing the number of confirmed cases in Canada to 24.

Former IOC vice-president Dick Pound, of Montreal, warned last week that June is the likely the cut-off to decide whether the Games will be cancelled.

"This is the new war, and you have to face it," Pound told The Associated Press. "In and around there, folks are going to have to say: 'Is this under sufficient control that we can be confident of going to Tokyo or not?'"

Tokyo organizers acted swiftly to assure people that cancellation is not on the table. But the spread of coronavirus is escalating and the situation is fluid.

The COC issued a statement late last week that said: "As of now, and based on all scientific information available, our plans remain unchanged, all while being alert that we must always consider important and necessary public-health precautions as they arise … COVID-19 is a fast-evolving situation globally, and we will update or revise our Games planning as necessary."

In the meantime, the athletes are left to train as if the Games will happen, with no way of predicting whether they actually will.

Orzeck advises would-be Canadian Olympians to concentrate on the tasks in front of them.

"Focus on doing the best that you can in the training in your World Cups and the training camps that are all coming up," says Orzeck, former chair of the sports psychology section of the Canadian Psychology Association.

"Things are happening very quickly for these athletes that compete in the summer, so it's really gearing up for the majority of my athletes I'm working with.

"Every day to try to do the best the best that you can be the top of your sport, but also just the top for yourself."

Canadian beach volleyball star Brandie Wilkerson is trying to adhere to that wisdom.

"There's always a lot of news, a lot of different ideas and things that show up before an Olympic Games that cause a lot of attention," she told CBC Sports.

"So while I always want make sure we are all safe and healthy, I think I'm just looking to just kind of wait and see and trust in the process of containing these things and regulating it — and then kind of make a judgment from there and not be so [hasty] to panic."