Larry Nassar is sentenced to 40 to 175 years in prison for sexually assaulting gymnasts and other girls and women, capping a remarkable seven-day hearing that brought more than 150 victims, including Olympians, to court to face the disgraced Michigan osteopath.

The former sports doctor who admitted to molesting some of the top gymnasts in the U.S. for years was sentenced Wednesday to 40 to 175 years in prison, with the judge declaring: "I just signed your death warrant."

The sentence capped a remarkable seven-day hearing during which dozens of Larry Nassar's victims were able to confront him face to face in a Lansing, Mich., courtroom.

The minimum 40-year sentence was previously agreed to by Nassar last year when he pleaded guilty to seven counts of first-degree criminal sexual misconduct. Wednesday's ruling was the second long-term prison sentence for the 54-year-old physician, who was already serving a 60-year sentence in federal prison for child pornography crimes.

"It is my honour and privilege to sentence you. You do not deserve to walk outside a prison ever again. You have done nothing to control those urges and anywhere you walk, destruction will occur to those most vulnerable." 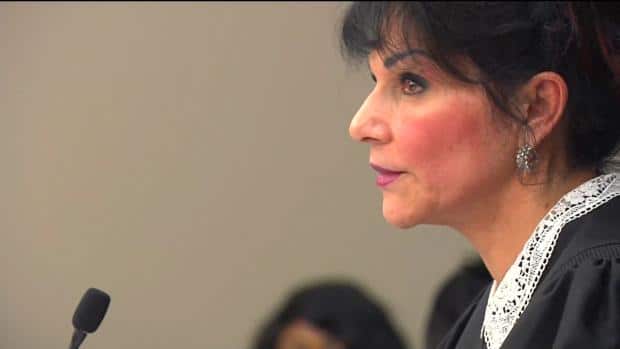 'Perfect place' for his crimes

Nassar found competitive gymnastics to be a "perfect place" for his crimes because victims saw him as a "god" in the sport, a prosecutor said Wednesday, shortly before the former osteopath was to be sentenced for years of molesting Olympic gymnasts and other girls and women.

"It takes some kind of sick perversion to not only assault a child, but to do so with her parent in the room, to do so while a lineup of eager young gymnasts waited," prosecutor Angela Povilaitis said.

She described the "breadth and ripple" of Nassar's sexual abuse as "nearly infinite."

Nassar turned to the courtroom gallery to make a brief statement, saying the accounts of more than 150 victims had "shaken me to my core." He said "no words" can describe how sorry he is for his crimes.

"I will carry your words with me for the rest of my days," he said as many of his victims wept." 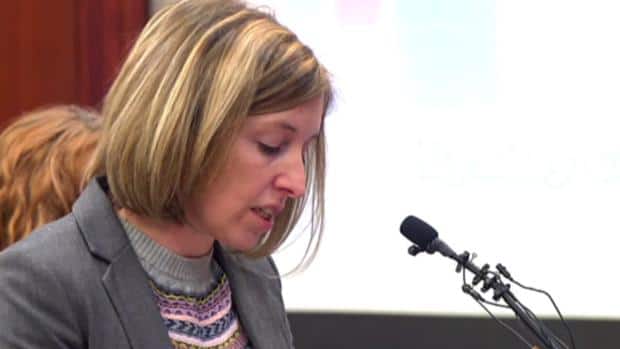 3 years agoVideo
9:08
'I was having suicidal thoughts, and depression,' says Lyndsy Gamet 9:08

The CEO of the U.S. Olympic Committee has announced an independent investigation intended to determine how the sexual abuse attributed to Nassar could have gone on as long as it did.

Scott Blackmun said the third-party investigation will attempt to determine "who knew what and when" when it comes to Nassar. He praised the recent resignations of three USA Gymnastics board members, but said all current directors in the organization must also step down.

Blackmun said the U.S. Olympic Committee is "incredibly sorry" and did not ensure that the girls and young women were not given a safe opportunity to pursue their dreams.

One of the first athletes to accuse Nassar of sexual assault was the last victim to offer statements at his sentencing hearing.

Rachael Denhollander is a Kentucky lawyer who stepped forward in 2016 after the sport's governing body was accused of mishandling complaints of sexual assault. She said Nassar groped, fondled and penetrated her with his hands when she was a 15-year-old gymnast in Michigan.

"You have become a man ruled by selfish and perverted desires," she told Nassar, who worked at the university and USA Gymnastics.

Hearing open to all victims

Nassar pleaded guilty to assaulting seven people in the Lansing area, but the sentencing hearing has been open to any individuals who said they were victims. His accusers said he would use his ungloved hands to penetrate them, often without explanation, while they were on a table seeking help for various injuries.

The accusers, many of whom were children, said they trusted Nassar to care for them properly, were in denial about what was happening or were afraid to speak up. He sometimes used a sheet or his body to block the view of any parent in the room.

Sterling Reithman, who saw Nassar for knee and foot problems when she was a young gymnast, told CBC's Carole MacNeil that she thought the sentencing was a "huge step" in the right direction — but said there are many questions that still need to be answered.

Reithman said survivors want details about what officials at Michigan State and USA Gymnastics might have known about Nassar's conduct.

"We need to know who knew what, and when," she said.

Reithman saw Nassar again for treatment when she was a college-age diver struggling with severe back pain.

"What he considered to be treatment wound up being, very much so, criminal sexual assault."

Brooke Hylek, a gymnast who plans to compete in college, heaped scorn on Nassar.

"I cannot believe I ever trusted you, and I will never forgive you," she said Tuesday. "I'm happy you will be spending the rest of your life in prison. Enjoy hell by the way."

Emily Morales had a softer message.

"I want you to apologize to me right here," the 18-year-old told Nassar. "I want to forgive you, but I also want to hear you tell me that you regret all the hurting you caused."

He did. She replied with, "Thank you."

'Your words are vital'

Victims had been giving their statements in court since Jan. 16, with Aquilina commenting on what they said and giving them praise. She called them "sister survivors," while also assuring them that their perpetrator would pay.

"Your words are vital. They are as strong as your martial arts," the 59-year-old judge told Christina Barba, who has known Nassar for decades and practises karate. "They will take him down quicker and cleaner than any kick you've got."

At one point in the court proceedings, the judge read an excerpt of a letter Nassar wrote to the court in which he says his experience with the legal system had been a "complete nightmare" and badly handled.

The judge — a family law expert who has hosted a radio show and published a novel — read part of the letter, held it up for the court to see and then tossed it to the side before asking "Would you like to withdraw your plea?"

The disgraced doctor said no.

The judge has told the media that the case isn't about her, but Aquilina's handling of the high-profile case drew praise from many — including Olympic gymnastics champion Simone Biles, who thanked the judge on Twitter and called her a hero.

Biles also praised "all of the survivors for being so brave & speaking like the queens that you are while looking at that monster. He will no longer have the power to steal our happiness or joy. I stand with every one of you."

Nassar had already been sentenced to 60 years in federal prison for child pornography crimes. He is scheduled to be sentenced next week on more assault convictions in Eaton County, Mich.

Watch the judge's full address to the court: