A former high-ranking gymnastics coach accused of sexual assault told his trial Thursday that when he apologized to his accuser for "crossing the line," he wasn't referring to any sexual transgressions.

Dave Brubaker has pleaded not guilty to sexual assault, invitation to sexual touching

A former high-ranking gymnastics coach accused of sexual assault told his trial Thursday that when he apologized to his accuser for "crossing the line," he wasn't referring to any sexual transgressions.

Dave Brubaker said he wrote a letter expressing his regret to a former trainee because he had gone beyond the bounds of a typical coach-athlete relationship by driving her to practice and taking her on family outings, among other things — but he insisted none of his behaviour was sexual.

Brubaker, once the director of the women's national gymnastics team, has pleaded not guilty to one count of sexual assault and one count of invitation to sexual touching at his judge-only trial in Sarnia, Ont. The charges relate to alleged incidents between 2000 and 2007. 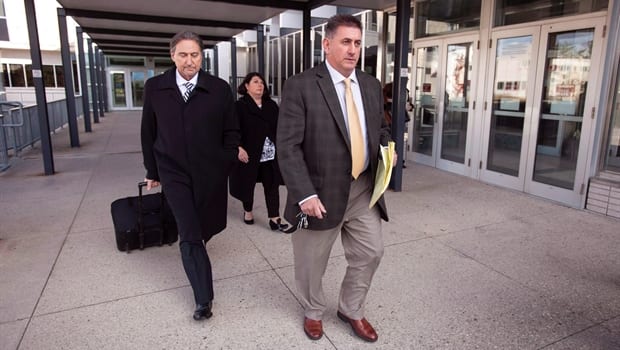 The complainant, who is now in her 30s, has testified that Brubaker would pick her up from school and take her to his house, where he would occasionally spoon her in bed and tickle her belly before driving her to practice.

Brubaker denied the allegations, saying there wouldn't have been an opportunity to lie in bed with the complainant because his wife was usually at home when he brought the then-teen to their house.

"It never happened," he said.

He said that when he wrote the letter containing his apology — a note written when he was being questioned by police — he was referring not to sexual misdeeds but to the family-like role he took on in the complainant's life.

Brubaker said he felt compelled to write the letter by the police officer who was interviewing him at the time.

Video of Brubaker's police interview was allowed into evidence on Thursday. Its admissibility had been called into question when court heard that the police officer questioning Brubaker, who was the only officer investigating the case, was related to the complainant by marriage.

The complainant also testified that Brubaker would kiss her on the lips to say hello and goodbye starting when she was 12 years old.

Brubaker acknowledged kissing the complainant on the lips, but denied that he had initiated the practice. 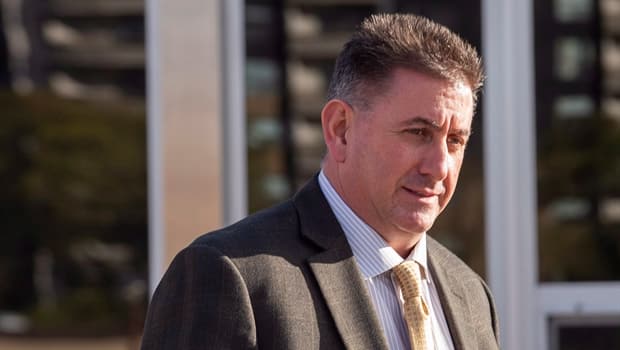 2 years agoVideo
4:03
As a gymnastics coach, Olympic champion Kyle Shewfelt describes his shocked reaction to the allegations against former national team coach, as well as how these developments could spark change in the sport's culture. 4:03

"I think it was just out of habit … that she started to kiss me," he said, insisting that the kisses were innocent. "I don't come from a kissy family, so to me it's just part of the gymnast culture. It's not something I need as a man."

Brubaker's wife, who also testified Thursday, said that while the complainant was the only gymnast she and her husband kissed on the lips, they also kissed the gymnast's parents on the lips as a greeting.

The gymnast has also told the trial that Brubaker occasionally touched her inappropriately during sports massages — an allegation Brubaker firmly denied.

He said he would palpate the area where her upper thigh met her pubic area, as well as the area around her breast to get at pectoral muscles, but maintained that it was all to improve her performance in the sport.

An expert witness who testified earlier Thursday said sports massages such as the ones administered by Brubaker were crucial to success in gymnastics.

"It's required," said Ronald Weese, a sports physiologist with a specialization in training gymnastics coaches. "You can't get [to an elite level[ from here without an emphasis on the small, finer details."

Weese said the muscles in those parts of the body are extremely important for gymnasts, who use them while doing splits or to lift themselves up. He also said it's possible for an inexperienced sports therapist to touch the wrong part of the body in these massages.

"I'm sure slips occur all the time, but the more expert you are about it the less they occur," he said.

When questioned by the Crown, Weese said it would be unusual for a coach to lie behind an athlete and rub her belly.

The Crown and defence are expected to deliver closing arguments Friday.