Canadian freestyle skier Mike Riddle calls it a career at 32

Edmonton-born Mike Riddle, the first Canadian skier to win an Olympic medal in halfpipe skiing, is retiring at age 32 after 12 seasons on the World Cup circuit.

2-time Olympian 'most proud' of 2014 silver-medal performance in Sochi, Russia

Edmonton-born Mike Riddle, the first Canadian skier to win an Olympic medal in halfpipe skiing, is retiring at age 32 after 12 seasons on the World Cup circuit.

Riddle leaves the sport having won a silver medal in his Olympic debut at Sochi, Russia in 2014, three years after his gold-medal performance at the world championships.

"Obviously, that was something hugely important in my life," Riddle told Freestyle Canada of his Winter Games achievement. "I had worked hard to get halfpipe on the Olympic freestyle skiing program — it all started when I competed in the FIS Worlds in 2005 — and to see all of our hard work culminate in that success was just an incredible feeling. That silver medal win for Canada is the thing I'm most proud of.

"I am extremely grateful for the career I've had, and although the decision to move on is not an easy one, I'm happy to have made the choice and excited about whatever comes next.

"I will enjoy following this season without feeling any of the pressure," he added.

Riddle, who grew up in Sherwood Park, Alta., won silver in his first-ever World Cup event in January 2006 and added silver at last year's worlds in Sierra Nevada, Spain. 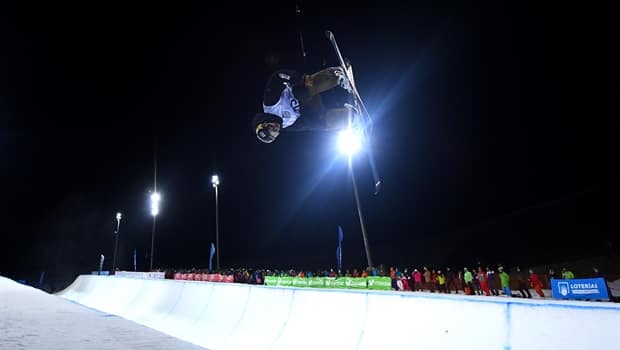 The 2012-13 campaign was his breakout season when Riddle earned the Crystal Globe as the overall World Cup champion for ski halfpipe. He reached the podium three times in four starts, including two victories and a third-place finish at the Sochi 2014 test event.

After Riddle captured his eighth World Cup podium and fourth World Cup victory in Tignes, France in March 2015, he endured a couple of injury filled seasons.

In February 2016, Riddle tore his left hip adductor while training for the Winter X Games in Oslo, Norway, and was sidelined six months. A broken shoulder marred Riddle's comeback season of 2016-17 before he re-broke it at the test event for the 2018 Olympics, where he finished sixth.

Riddle, who also enjoys mountain biking, golf and tennis, started skiing at three, transitioned to freestyle in his early teens and began competing in halfpipe at 16 because he was bored keeping his skis on the ground.