Freestyle skier Mikael Kingsbury had a dream year. His semi-invincibility in 2018 has earned him the Lionel Conacher Award as male athlete of the year, as awarded by the Canadian Press.

Mikael Kingsbury never had so much to lose as on Feb. 12, when he hit the track at the Phoenix Snow Park. As the odds-on favourite in the men's moguls event at the Pyeongchang Olympics, the 26-year-old ski star was well aware that only a victory would meet expectations.

Going second-last in the super final, Kingsbury rose to the occasion. In full control, he nailed a perfect descent that earned him the one title that had eluded him: Olympic champion.

"I was in the position where it was gold or nothing," the athlete from Deux-Montagnes, Que. said of his second Olympic experience.

"For those who follow my sport, even a second place would have been considered a poor performance. Yes, there was pressure but, at the top of the course, I had a really good feeling. And when that's the case, I have confidence and that's always a good sign."

Kingsbury's dream year earns him the Lionel Conacher Award from The Canadian Press as Canada's male athlete of the year.

WATCH | Kingsbury in the CBC Sports Olympic moment of the year: 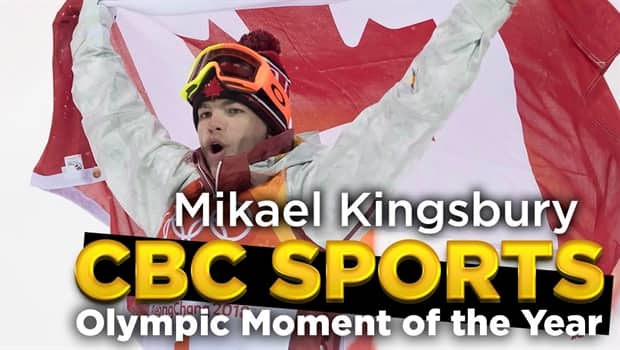 The Quebec skier was chosen by 30 of the 56 sportswriters and commentators from newsrooms across the country.

He beat out Edmonton Oilers centre Connor McDavid (12 votes), who won the Art Ross Trophy as the NHL's top scorer as well as the Ted Lindsay Award for outstanding player as selected by his peers.

"I could have chosen McDavid, as we chose [Sidney] Crosby at one time, but Kingsbury's gold was one of the strongest moments of the Korean games, leading into performances by other Canadian athletes," wrote Le Quotidien's Denis Bouchard.

"No other Canadian athlete dominates their sport as outrageously as Mikael Kingsbury," wrote Jean-Francois Begin of La Presse. 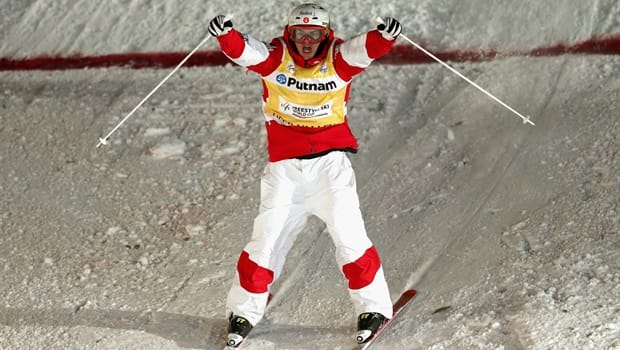 2 years ago
0:44
The Deux-Montagnes, Que., skier opened the season by winning his 50th career moguls World Cup title in Ruka, Finland on Friday. 0:44

While Olympic gold was undoubtedly the highlight of his year, Kingsbury continued to dominate the World Cup circuit with seven victories in 10 starts, including three in a row to end the 2017-18 season.

Kingsbury becomes the first skier to win the Lionel Conacher Award, which is named after the multi-sport champion chosen as the top athlete of the first half of the 20th century in 1950.

Golfer Brooke Henderson was awarded the Bobbie Rosenfeld Award as female athlete of the year on Wednesday for the third time. The sports team of the year will be named on Friday.

"It's crazy to have had this much success," Kingsbury said. "It's an almost perfect season. My worst 2018 result was a second place."

"Compared to other sports, like tennis, it's as if I won all the Grand Slam finals."

In January 2018 Kingsbury set a new record for World Cup wins with his 47th victory. He has 52 victories in 93 starts.

"I kind of feel like I have an aura around me. Without saying I intimidate the other competitors due to my repeated success, I have a great confidence in my abilities, I make few errors and that lets me find little advantages over them," he said.

"But I know I have a big target on my back and they all want to beat me. I've been first in the world for seven years, and every year there are those who say, 'Kingsbury, we're going to push him aside.' It makes the competition even more interesting."

And even if he's won everything, don't expect him to relinquish his throne. Kingsbury says there's still plenty to motivate him.

"I love to win and I still want to win, but my motivation isn't necessarily found in results," he said. "I'm aiming above all to reach my full potential, to innovate in my sport, to try new jumps. I want to see how far I can go."

"While perfection doesn't exist in my sport, my goal is to get as close as possible to it and to push the limits, in speed as well as the execution of my jumps."