Nathan Chen on top of the figure skating world

The future of men’s skating was laid out in Milan, Italy on Saturday. I am talking about American champion Nathan Chen who crushed his competition by over 50 points to take his first world title, writes CBC Sports' Pj Kwong.

American blows away competition at championships in Milan, Italy

MILAN, ITALY — The future of men's skating was laid out in Milan, Italy on Saturday at the ISU World Figure Skating Championships.

I am talking about American Nathan Chen who crushed his competition by nearly 50 points to take his first world title.

This is a man who knows his way around quad jumps. He attempted six quads in his free program, five of which were solid and one with a tiny error; an outstanding accomplishment that is his alone. 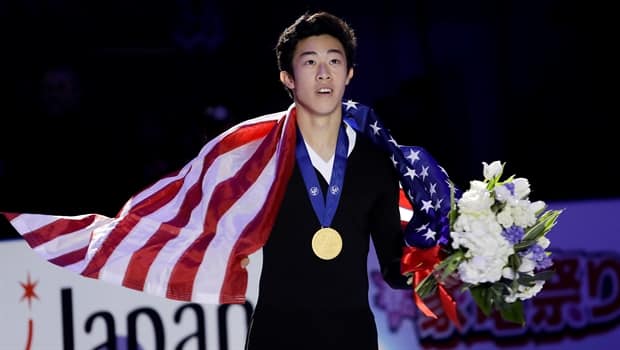 3 years ago
7:51
Chen skated to a total score of 321.40, nearly 50 points higher than any other competitor, to capture his 1st career world title at the ISU Figure Skating World Championships in Milan, Italy. 7:51

"I have a long career ahead of me, but I wanted to accomplish this here [at worlds]," said Chen.

Why am I so excited about this skater? He takes his technical wizardry and has started marrying it with beautiful choreography. Yes, that aspect of his skating is a work in progress and I am confident that with time he will continue to evolve artistically. 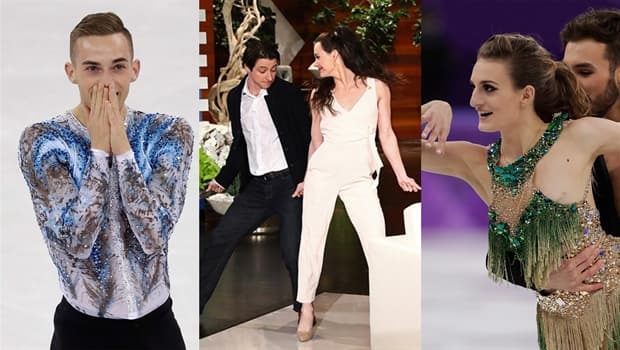 3 years ago
2:38
Who had the ultimate social media moment of this season? Tessa and Scott? Adam Rippon? Watch and see if you agree. 2:38

When I saw Chen at the Four Continents Championships in 2017, which was the test event for the Olympic Games, I thought I was witnessing a legend in the making.

Those skaters who change the sport don't always win, but their names go down in history — Evgeni Plushenko, Toller Cranston, Patrick Chan, Elvis Stojko, John Curry, Dick Button and Yuzuru Hanyu among so many others.

We can't forget Kurt Browning whose world performance in 1988 included the first quad which was the start of where we are today.

So, six quads all within a program. Where to next? After his free skate, Chen spoke to me about the possibility of a quad-quad combination down the road.

There are some moments in skating that are re-lived around the world in discussion by fans, skaters and aficionados alike.

Chen and his performance at this year's world championships is one of those times where we will all be saying 'Do you remember where you were when Nathan skated and won his first world title?'

I believe we are getting a glimpse into the future.