At the 2002 Salt Lake City Olympics, one of the biggest judging scandals in figure skating history deprived Canadian pair Jamie Sale and David Pelletier of their moment of glory.

At the 2002 Salt Lake City Olympics, one of the biggest judging scandals in figure skating history deprived Canadian pair Jamie Sale and David Pelletier of their moment of glory.

The Canadians finished second behind a Russian pair in an alleged vote-trading scheme. When the scandal was exposed, Sale and Pelletier were awarded golds to share with the Russians, a rare case of a ranking being revised during an Olympics.

The scandal ushered in sweeping reforms in the scoring system, mostly for the better, but the current system still has its drawbacks. 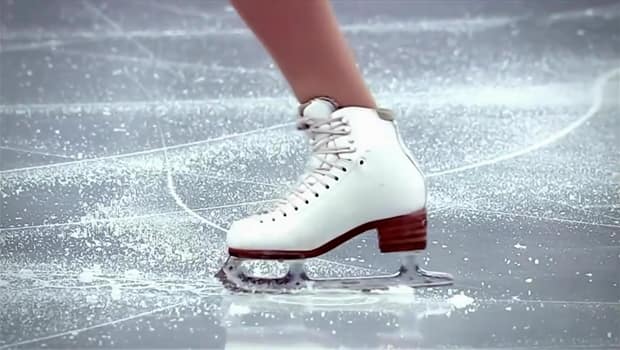 Consider This - The Figure Skating Spin

"The biggest problem... is people can't understand it," former skater and 1988 Olympic champion Brian Boitano told reporters on a conference call last month. "It's difficult for the audience. And this is a sport that needs the audience to get behind it."

The old system, in which judges ranked skaters using a 6.0 scale for technical merit and artistic performance, was replaced by a more complex points system meant to better calibrate performances.

Now, every programme element has its own numerical base value and skaters are rewarded for executing difficult moves. Skaters are given a technical and a presentation score. Their cumulative tally can reach more than 200 points.

Putting a number on difficulty

"What I like about the system is that as an athlete, when you are working so hard to win, the difficulty that goes into your elements is actually quantified," Sale told Reuters. "You're rewarded for it."

But Sale said the emphasis on accumulating points has seen the sport lose "a little bit of its artistry, a little bit of freeness to tell stories and be more creative."

"It pushes skaters to execute technical elements that are more complicated than those we were doing," said Pelletier, who retired from competition after the Salt Lake City Games.

"Of course, the drama of a perfect mark has been taken away, but things had to evolve. People watch figure skating for the athleticism and emotion that it can bring more than for the marks the athletes can receive."

"I think it's definitely that mix of strategy, science and mathematics to maximise your points and utilise every asset that you bring to the ice," Brown told reporters last month.

Skaters, he said, could play to their strengths and "really build their program and arsenal around maximising those points".

The scoring continued to evolve after more recent scandals.

The situation prompted online petitions asking the International Skating Union (ISU) to determine whether the judging had been skewed in favour of the crowd favourite.

Two years later, the ISU abolished judges' anonymity, which had been introduced in the aftermath of the Salt Lake City scandal.

The news came as a relief to skaters who viewed it as a way to bring more accountability and transparency to the sport.

"I don't think the scores should be [anonymous]," American figure skater Adam Rippon, who finished fifth at the Grand Prix Final in Japan in December, told Reuters.

"I think a judge should be able to explain their marks, if only for the fact that it helps improve the skater."