"This feels unbelievable for me," said Osmond. "Being world champion is something I never expected. 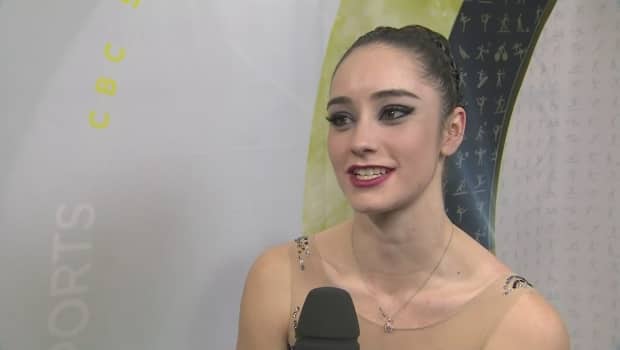 3 years agoVideo
1:28
Figure skater reflects on becoming the first Canadian female to win at the world championships in 45 years. 1:28

Osmond, a bronze medallist at last month's Winter Games in South Korea, became the first Canadian woman to win gold at the world championship since Karen Magnussen in 1973.

Osmond, who lives and trains in Edmonton, is the fourth Canadian woman to ever win a world title. Petra Burka took gold in 1965 and Barbara Ann Scott registered consecutive wins in 1947 and 1948.

What just happened !! Am I dreaming ?! Did I honestly just win worlds ?!

"Canada has such a strong history of competitors in all disciplines," said Osmond. "Just that gold medal was always a fight for the ladies. Hopefully now we'll be able to be champions a lot more."

"It took a lot of mental focus today to do that, it's been a really long year," said Osmond. "I wanted to show that my bronze at the Olympics wasn't a fluke." 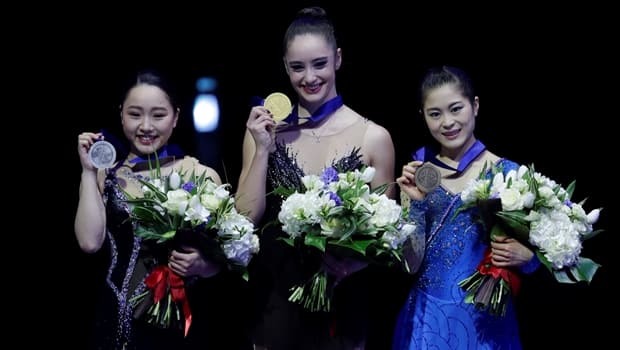 Japan's Wakaba Higuchi was second at 210.90 with compatriot Satoko Miyahara finishing third at 210.08. Gabrielle Daleman of Newmarket, Ont., was seventh.

Osmond hit seven triples with only a minor deduction for stepping out of a combination jump. That seemingly left the door open to either Kostner, who had an eight-point lead after the short program, and the young Russian jumping genius, Zagitova, to battle for the title. 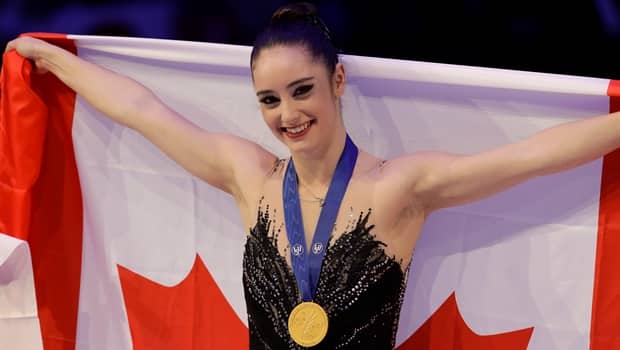 But Zagitova fell on a straight lutz, missing a combination, then fell again on two subsequent combinations. The 15-year-old waited two minutes to start her jumps, which in theory raises their value, but in this competition she seemed sapped of energy. The crowd rallied behind her in sympathy after the second fall, clapping rhythmically to urge her on.

All Kostner had to do was skate clean. But her nerves showed when she doubled a triple lutz. And she fell on a triple salchow late in the program. All of her artistic prowess couldn't make up for the errors in what could be her last world championship — in her home country no less.