Team Saskatchewan has captured its third Canadian wheelchair championship after defeating Manitoba 11-1 in the final Sunday afternoon in Leduc, Alta.

Team Saskatchewan has captured its third Canadian wheelchair championship after defeating Manitoba 11-1 in the final Sunday afternoon in Leduc, Alta.

In the process, Marie Wright became the first female skip to win a national wheelchair title.

"That's incredible. I hadn't even thought of that. It makes me feel really good," she said. "We worked hard and the hard work paid off." 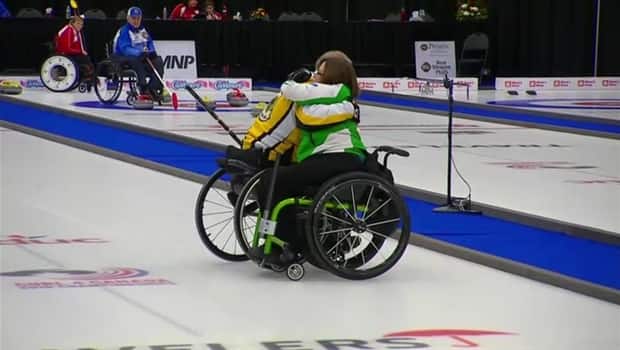 The final game pitted Wright against two of her Paralympic teammates: Manitoba skip Dennis Thiessen, who played second for Team Canada at the Games in February; and fellow Manitoba team member Jamie Anseeuw, who was an alternate in Pyeongchang.

Wright said she knew she was going to have at be her best Sunday, facing two very strong curlers.

"I was nervous," she said. "I had butterflies. I knew we'd have to play well and that's what we did."

Marie Wright became one of the faces of Team Canada at the Paralympic Games. Her positive attitude and contagious smile captured the imagination of fans across the country.

Two weeks ago, she won bronze alongside the aforementioned Thiessen and Anseeuw, as well as Mark  Ideson and Ida Forrest. Now, she has a gold medal to add to the collection.

"Two medals in one year," she said with a smile. "It's amazing."

She's been through a lot in life. Thirty years ago Wright was in a horrific vehicle collision on a rural Saskatchewan road that left her paraplegic and her youngest daughter suffered a serious head injury. 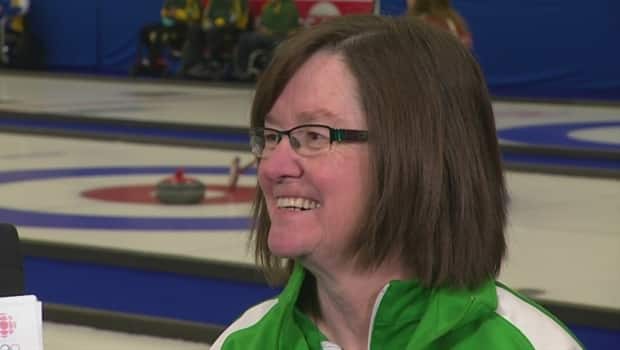 To make matter worse, her husband left her with four young daughters two years after the accident.

But Wright never gave up. She credits her daughters for giving her reason to move forward when she wanted to quit.

One of her daughters was in the crowd Sunday afternoon as well as her grandchildren.