The Canadian women's basketball team flexed their muscles and showed off their depth against Sweden in the second half on Saturday in Belgium to punch their ticket to the Olympics with an 80-50 victory.

The Canadian women's basketball team flexed their muscles and showed off their depth against Sweden in the second half on Saturday in Belgium to punch their ticket to the Olympics with an 80-50 victory.

It marks the third-straight appearance at the Games for the program and seventh appearance overall.

They become the eighth Canadian team to qualify for Tokyo 2020 and join China, USA and Japan as the three other teams who have also qualified for the women's basketball tournament.

These are high times for the Canadian women's basketball program that continues to be a model of consistency. In fact, on their journey to Olympic qualification the Canadians have only lost one game in 11 outings – that one loss came against the United States. 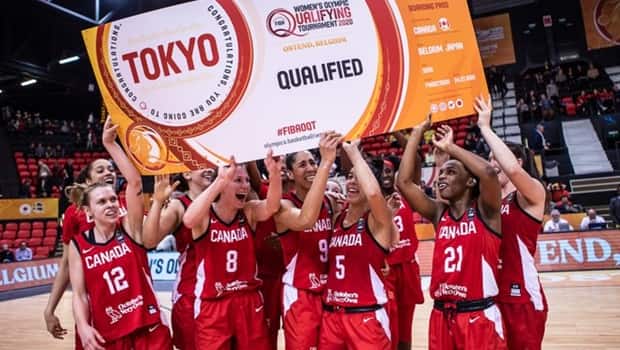 Outside of that game, the team has been unbeatable and throughout many of those games, dominant.

In Saturday's Olympic-clinching victory over Sweden, 11 different players scored for the Canadians – Natalie Achonwa led all scorers with 16 points in nearly 17 minutes played.

"There have been so many sacrifices and people playing through injuries. We've just kept competing. I wanted this for them and for me. I wanted to leave everything on the floor." 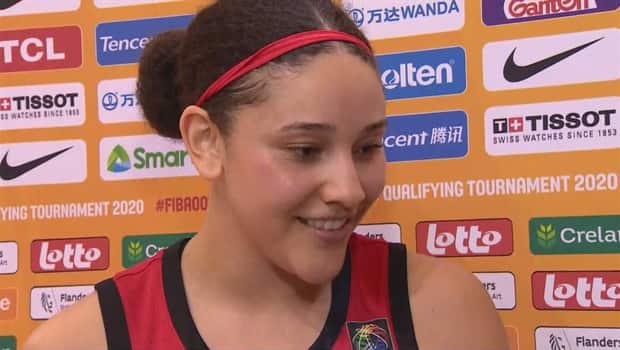 Achonwa is one of three Canadian players who will now be making their third Olympic appearance for Canada – Kim Gaucher and Miranda Joy Ayim are the other two veterans who have been there before.

Head coach Lisa Thomaidis is also making her third Olympic appearance on the bench. She was the assistant coach in London before becoming head coach prior to the Rio Olympics.

Their veteran leadership will be valuable in Tokyo. And don't forget about the star-power and dynamic play Kia Nurse brings to the court.

Every player on the roster logged valuable minutes for Canada on Saturday, showing off their depth and wearing down Sweden as the game progressed.

When the final horn sounded, the Canadian players went wild on the court after the game, jumping around and celebrating the victory that sends them to Tokyo. It was a complete team effort.

"It's been some years and some time coming so I'm glad to be able to celebrate this right now."

It was a sluggish and sloppy first half for the Canadians, filled with too many turnovers and a lack of energy on both sides of the court. They took their 37-31 lead to halftime before regrouping. That's when the game changed.

They outscored the Swedes 22-10 in the third frame before pouring it on in the fourth quarter, outscoring Sweden 21-9. Their offence was clicking and their defence was tenacious.

While the victory to clinch yet another Olympic berth is sweet and the Canadians will celebrate for a night, there's something different about this team, this time around.

And while just being part of the Games was an accomplishment in the past, this is so much more than just showing up to the party – this is a Canadian team that wants a medal.

Watching it all from Toronto were two-time Canadian Olympians Bev Smith and Lizanne Murphy.

Smith was part of the 1984 Canadian team which finished fourth before becoming head coach of the Canadian team at the 2000 Olympics – after Saturday's game she reflected on how emotional the journey of qualifying for the Olympics can be.

"It is difficult to express. But it's joy," she said. "It's the power of the collective. Each person coming together to make the team better. I'm just so proud."

Murphy, who was part of the last two Canadians teams at the Olympics, was emotional watching the team celebrate in Belgium.

"This is emotional. It's so fun to watch. I'm so proud of these women. They fought through so much. To get there is so hard but when you do it, it's so cool and so worth it."

But you get the sense qualifying for the Olympics is not enough anymore. Players past and present hope this Olympic journey ends in a podium finish seemingly decades in the making.

WATCH | The full match between Canada and Sweden: