'Thankful we took a stand': Athletes react to Canada not competing at Tokyo Games in July

It's a phrase gaining in popularity among several of Canada's summer athletes as they flood social media in support of Sunday's decision by the Canadian Olympic Committee and Canadian Paralympic Committee to not send a team to Tokyo if the International Olympic Committee decides to start the Games on July 24 as scheduled.

The two committees are urging the IOC to postpone the Games at least until after this summer, citing the safety of athletes and general public amid the COVID-19 pandemic.

"It's an honour to represent Team Canada in a sport I love. I am so proud to be a part of a team that has prioritized the health of the true Team Canada and the world. Postpone today, conquer tomorrow," veteran gymnast Rosie MacLennan wrote Monday morning to her Twitter account. Canada 'putting their foot down': COC says athletes will not go to 2020 Olympics

12 months ago
3:58
CBC Sports' Jamie Strashin discusses the Canadian Olympic Committee's decision to refuse to send athletes to the Olympics if they do go ahead as planned, instead calling for a one year postponement. 3:58

"One thing is for sure — when these incredible (Canadian) athletes get to compete on the world stage next, they're going to be the strongest they've ever been," she wrote Monday. "They will have faced the greatest challenges, to achieve the highest victories."

Retired rower Marnie McBean, Canada's chef de mission for the Tokyo Games, believes there will be an Olympics in Tokyo but until later this year or 2021.

'We need to make sure everyone is safe'

"When the IOC didn't take July 24 off the table, we felt we needed to," McBean told CBC News, adding the COC wasn't comfortable waiting for the IOC's self-imposed deadline of mid-April. "We would have had to ask our athletes to figure out how to train.

WATCH | Marnie McBean on her belief there will be a Tokyo Olympics: 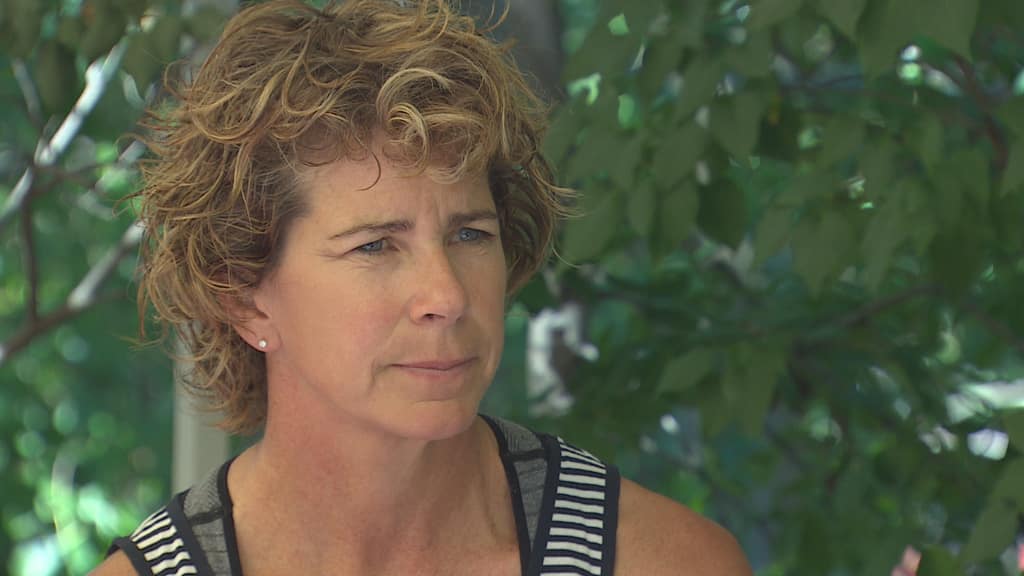 12 months ago
9:07
Marnie McBean, Canada's chef de mission, believes the Tokyo Olympics will go ahead with Canadian athletes, just not this summer. 9:07

"We need to make sure everyone is safe — safe in their training and that it's safe for travel and competition later."

It’s the greatest privilege of my life to play for Team Canada.<br><br>I get to do what I love and represent a country that stands for integrity, passion, and is a true leader on and off the field of play. I stood on the podium in Rio and I wanted to do it again in Tokyo. <a href="https://t.co/rTm3L0x1Qw">pic.twitter.com/rTm3L0x1Qw</a>

Seyi Smith, chair of the COC, said the organization needed to act Sunday.

"We were hearing stories of athletes still continuing to train outside, even though we were getting directions from our prime minister (Justin Trudeau) and (Canada's Chief Public Health Officer) Dr. (Theresa) Tam to stay inside and social distance yourself. It didn't look like it was a safe situation for athletes to be doing their part to reduce this pandemic." 12 months ago
1:25
With the COC announcing they would not send Canadians to the Olympics if they remain as scheduled, athletes took to social media to voice their opinions.  1:25

Distance runner Rachel Cliff, who withdrew from the recent Tokyo Marathon due to concerns about the spread of the coronavirus, feels the COC made the correct decision to pull of Tokyo for this summer and thinks the Games will be postponed.

"I think the reason for the (IOC) delay is that more information is needed before making a decision on the best plan forward," said Cliff. "I respect the IOC's right to be patient and wait this out.

"As a Canadian, I am thankful we took a stand. Attending the Games [in July] will likely not be safe from a public health standpoint or even feasible, given our inability to compete or train in the lead up."

As an athlete, sometimes competitions happen and you just aren't ready. This time the world isn't ready. I feel for my friends who are training hard for this moment, but I strongly believe this hurdle will be overcome &amp; you'll get your moment to shine <a href="https://twitter.com/hashtag/StayStrong?src=hash&amp;ref_src=twsrc%5Etfw">#StayStrong</a>

"I praise the COC for making this difficult decision," said Middleton, the top Canadian women's finisher at the 2018 Toronto Waterfront Marathon. "Competing at the Olympics remains my No. 1 goal but I think this decision is about putting our individual goals aside for the moment to try to help the world get through this pandemic and heal."

'Best decisions often the ones we don't want to make'

Two-time Canadian women's cross-country champion Gen Lalonde said it's important for athletes to strive to be role models as human beings and shift their perspective "towards a different tomorrow."

Veteran swimmer Brent Hayden, who was pursuing a spot in the Olympics again after ending his seven-year retirement last fall, wrote "the best decisions are often the ones we don't want to make.

"Until recently, I never would have imagined a situation where Canada wouldn't send a team. But given the news unfolding every day, this is the right call. I expect we will see many other nations follow suit."

Now that <a href="https://twitter.com/TeamCanada?ref_src=twsrc%5Etfw">@TeamCanada</a> has made the bold decision to withdraw Canadian athletes from the 2020 Tokyo Games and demand a postponement, it is time for other nations to do the same. <br><br>Who’s next?