1988 Calgary Olympics were the start of something big

Canada's medal count at the 1988 Winter Olympics in Calgary was modest. But, like the host country itself, several Canadian athletes used those Games as a springboard to bigger and better things.

Canadian athletes used home Games as a springboard to success

This year marks the 30th anniversary of the 1988 Calgary Olympics — the first Winter Games held on Canadian soil.

And for several athletes, the experience of performing at the highest level, for millions of Canadian fans who supported them regardless of the outcome, would elevate them to bigger, better things.

Few Olympians can claim to have driven their own car to the Games, but Kurt Browning can. In 1988, the native Albertan was 21 years old and participating in his first Olympics. He was, in his own words, a "wide-eyed wonder" — a sponge to everything the Calgary Games offered.

He'd finish eighth in the men's figure skating event, but what stands out for him three decades later is the quadruple jump he very nearly landed. It didn't happen for him then, but a month later, in Budapest at the world championships, Browning became the first skater to nail a quad in competition.

For Browning, who went on to win four world titles but retired without an Olympic medal, the Calgary Games provided him with the experience of learning from and empathizing with his fellow Olympians — especially the figure skaters who finished prominently among Canada's medallists.

"I had no concept of what it took to get to an Olympics — I was oblivious," Browning says. "But I watched [women's silver medallist] Elizabeth [Manley] convince herself she was going to skate well. I learned from that. I watched [ice dance bronze medalists Tracy] Wilson and [Rob] McCall enjoy their moment, and I learned from that. And I watched [men's silver medallist] Brian Orser take his loss so incredibly hard, and I promised myself I'd never do that to myself if I lost.

"But the reality of the dream not becoming a reality was something that I learned, and unfortunately would have to implement — not once, but twice, in two other Olympics. So I definitely learned something from not one, but all three of those medallists." 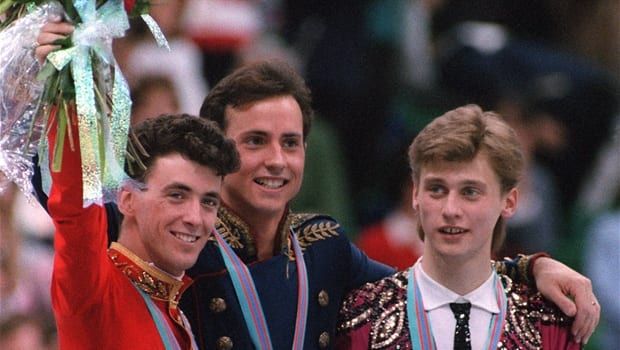 Greats of '88: The Battle of the Brians

Kerrin Lee-Gartner also learned much from her teammates' battles in Calgary. Like Browning, she was only 21, a B.C. kid and an up-and-comer on the alpine team. She'd held the Olympic dream in the deepest parts of her heart since she was a neighbour of Canadian Olympic icon Nancy Greene and literally played with Greene's trophies and medals.

An eighth-place finish in the combined event was her best result in Calgary, but there was a reason why her career took off like a rocket after the Games ended: she'd seen Canadian Karen Percy (with whom she'd come through the Alpine Canada development system together) surprise many by winning a pair of bronze medals (in the downhill and super-G) and winding up as Canada's closing ceremony flag-bearer.

The realization that success was within her grasp — that her lifelong aspirations were attainable and not just a grandiose notion — catapulted Lee-Gartner to new heights in the wake of the Calgary Games. Four years later in Albertville, France, she won Olympic gold in the downhill, and she remains to this day the only Canadian to finish atop the podium in that event.

"Seeing my roommate, someone my own age, even with the same name for that matter, win two bronze medals and become the sweetheart of Canada during those Games, it really put the stamp of approval to my dreams," Lee-Gartner says. "And it really allowed me the confidence to go forward in that direction that much more committed."

Sean Burke's first Olympics were different than either Browning's or Lee-Gartner's. He too was just 21, but Burke had a bigger profile in Canada, what with his status as a second-round draft pick of the NHL's New Jersey Devils and his performance leading Canada's 1986 world junior team to a silver medal. The Windsor, Ont., native and the Devils felt four years of major junior hockey wasn't right for him, though, so he joined the Canadian national team for the 1986-87 and 1987-88 seasons in preparation for Calgary.

It wasn't a bad team by any stretch, but it didn't have the depth of skill possessed by the fearsome Soviet Union. With a defence led by Slava Fetisov and Alexei Kasatonov, and a group of forwards including Igor Larionov, Sergei Makarov, Vladimir Krutov and Alexander Mogilny, the Soviets were a leviathan. And when the Canadians shocked them by beating them to win the 1987 Izvestia tourney in Moscow — and again in Saskatoon in the final pre-Olympic exhibition game between the teams — Burke knew he and his teammates would be in for a mountainous task in Calgary.

"We poked the bear," says Burke, now the general manager of the Canadian men's team at this year's Olympics. "We all knew how good they were.

"One thing I always tried never to do was go to watch the Russians practise, or even watch them in warmup. They were so intimidating."

Unfortunately for Burke and Canada, Russia handled them with relative ease face-to-face in Calgary, winning 5-0 en route to claiming gold. Canada finished fourth, and so although Burke used the experience as a springboard to blossom in the NHL — he backstopped the Devils to within a single win of a 1988 Stanley Cup Final appearance — he had unfinished business on the international front. He returned to play for Canada in Albertville (on a team that, while still without the best NHLers, now had talents including then-20-year-old Eric Lindros and Joe Juneau) and won a silver medal.

Just as it was a different Canadian hockey team that learned from the 1988 Games to get to the podium in 1992, so too was it a different Burke four years after Calgary. He was intent on avenging on-ice disappointment, and was equally determined to drink in the Olympic experience to a much deeper degree and participate in the highs and lows with his larger Olympic group.

"I was so focused in Calgary, I didn't really take in as much of the Olympics as I should've," Burke says. "When I went back in 1992, I didn't make that mistake. I learned if you're going to be a real, true Olympian and enjoy it, you've got to see other events. You've got to cheer on the skiers and the figure skaters and everyone, because that's really the camaraderie that the Olympics is. You're part of a bigger team, and that's an experience few people have."

The other element of the Calgary Games that lives on with its athletes is the support they received from across Canada, and the overwhelming sense of community and pride that washed over them in the opening ceremony and beyond.

Lee-Gartner, Burke and Browning all have their special memories — and make no mistake, they are special. Browning had beers with unlikely Olympic hero Eddie "The Eagle" Edwards and gave bus directions to the Jamaican bobsled team; Burke sat beside Edwards before the world knew who the British ski jumper was and tried in vain to figure out what type of athlete he was looking at; Lee-Gartner and her fellow skiers were tucked away in the Albertan woods, far from the athletes village, and read books in quiet preparation for their events. 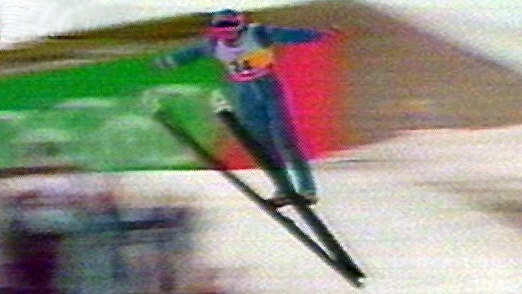 33 years agoVideo
3:40
The affable 24-year-old British plasterer leaps into the hearts of millions. 3:40

All three still rave about the way Canadians embraced them, and the fans' ferocious, unwavering support. Lee-Gartner recalls the opening ceremony, with 60,000 people packing McMahon Stadium and the Canadian team entering last, and marvels at the moment.

"When I look back at '88, surprisingly to me, it wasn't competing that resonates the most — it was the opening ceremony," Lee-Gartner says. "I was in the second row of athletes walking in, and the feeling of the energy rush from the crowd as a physical form — like, we felt the energy from the crowd — that is a memory and an experience I've never had before. It was goose bumps, it was tears, it was joy.

"I definitely can't find the words to express it, except that it was truly a force of energy that you could almost feel pushing against you and propelling you."