Marcel Aubut, the head of the Canadian Olympic Committee, has stepped aside following an allegation that he sexually harassed a female colleague.

Complaint received Sept. 25 about remarks made to a female colleague 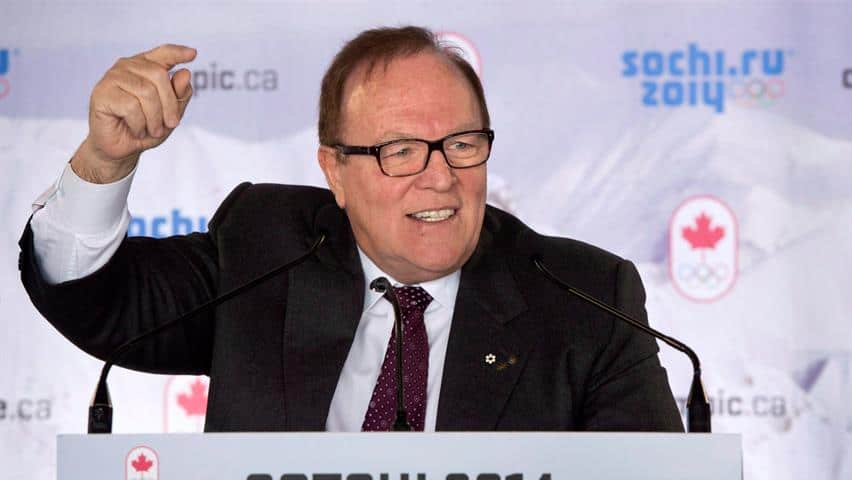 Marcel Aubut steps down from the COC

5 years agoVideo
0:36
The head of the Canadian Olympic Committee is stepping aside amid allegations of sexual harassment. 0:36

Marcel Aubut, the head of the Canadian Olympic Committee, has stepped aside following an allegation that he sexually harassed a female colleague.

Sources tell CBC News that the complaint relates to repeated verbal comments directed at the woman, who has hired a lawyer.

The complaint asks the organization to take immediate steps to deal with the situation.

Aubut, 67, issued a statement Wednesday night in which he promises to co-operate fully with those responsible for investigating the remarks attributed to him and "setting the record straight."

The statement also says Aubut "never intended to offend or upset anyone by anything he might have said in the performance of his duties."

In a statement, the COC said it had received a formal complaint against Aubut on Sept. 25. The COC says it has retained François Rolland, former chief justice of the Quebec Superior Court, as an independent investigator.

"He has indicated that he will co-operate fully with the investigation, which, by its nature is confidential, out of respect for the parties."

Aubut, the former president and owner of the Quebec Nordiques NHL franchise, has been the president of the COC since 2010.