Australian Scott McLaughlin won IndyCar's virtual race from a virtual Barber Motorsports Park in Alabama, while Canadian Robert Wickens, who suffered a spinal cord injury in a 2018 crash, returned to racing in a modified simulator with hand controls.

"My eyes were burning," the Canadian told NBCSN after getting behind the wheel for the first time since a near fatal crash two years ago.

"It was a ride," Wickens said of working his way through the turns of the virtual Barber Motorsports Park in Alabama while sitting in his basement as he finished eighth behind Australian winner Scott McLaughlin after an embarrassing moment in qualifying.

"I was so mad at myself," Wickens said. "I spun out in the last corner, which I had never done in the entire time on the simulator. 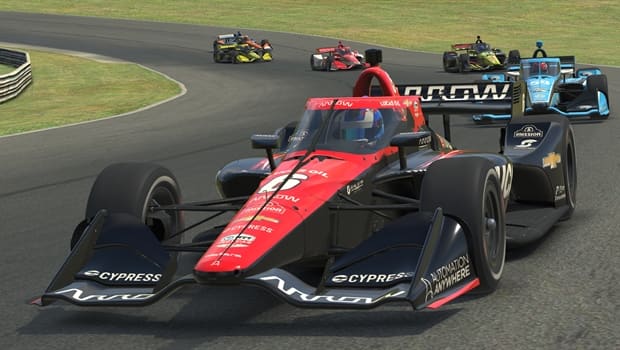 8 months agoVideo
1:03
More than a year after a crash that nearly killed him, Guelph, Ont., driver Robert Wickens competes for the first time in a virtual racing event. 1:03

"So I started last and so we made the bold strategy of trying to make it on one stop under yellow. I felt there was a better chance of me not spinning out by saving fuel. We just made it with 0.02 gallons left at the finish. So good team work."

While other drivers treated the iRacing IndyCar Challenge as a diversion and a bit of fun, for Wickens it was serious business that he hoped would take him closer to his stated goal of getting back in the cockpit of an IndyCar.

That had seemed an impossible dream in the aftermath of his horrific crash on Aug. 19 almost two years ago when his car became airborne, catapulted into the catch-fencing and disintegrated across the track. 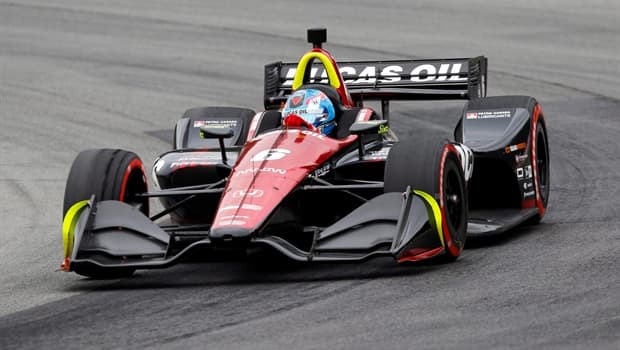 2 years agoVideo
1:35
Guelph, Ontario's Robert Wickens was taken to hospital after a violent crash at the IndyCar ABC Supply 500. Teammate and fellow Canadian James Hinchcliffe was also involved in the crash. 1:35

Along with a thoracic spinal fracture and a spinal cord injury that left him paralyzed, Wickens also suffered tibia and fibular fractures to both legs, fractures in both hands, a fractured right forearm, a fractured elbow, four fractured ribs and a pulmonary contusion.

His courageous efforts to walk, dance at his wedding and get back into a race car have been documented with regular posts on social media as the 31-year-old Canadian made remarkable progress, regaining some feeling in his legs and standing on his own.

He raced on Saturday in a field that featured drivers from around the world as motor racing sought ways to entertain fans while the sport is shuttered during the coronavirus pandemic.

McLaughlin, who said he was a long-time virtual driver, noticed the clock at 10 minutes to 6 in the morning as he chatted about his win from Brisbane, Australia.

"I started iRacing 10 years ago and it was one of the best things I did," said McLaughlin. "For an aspiring race car driver coming up through the ranks, I think to able to drive and keep sharp between races it's fantastic.

"I think it is worth the investment in your future. When you get on the track in real like you just feel that little bit of ready. It's been an awesome tool for me and it's great fun." 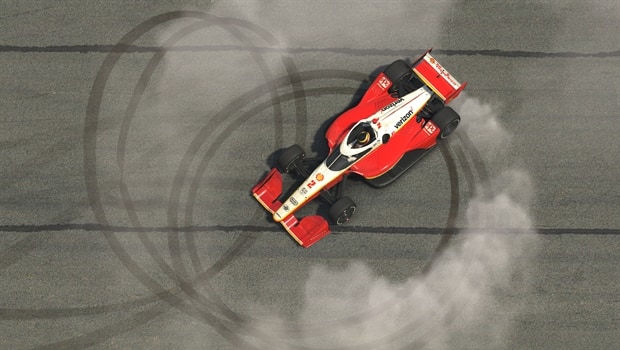 8 months agoVideo
1:10
IndyCar series drivers competed in the second of six virtual racing events that are being held weekly each Saturday. 1:10

The Australian held off Team Penske mate Will Power for the victory.