The Spengler Cup has been cancelled this year because of the COVID-19 pandemic. The annual hockey tournament in Switzerland for the Canadian national men's hockey team and European club teams was scheduled for Dec. 26 to 31.

The Spengler Cup has been cancelled this year because of the COVID-19 pandemic.

The annual tournament in Switzerland for the Canadian national men's hockey team and European club teams was scheduled for Dec. 26 to 31.

It marks the fifth time the tournament has been cancelled since it started in 1923, and the first time it has been off the schedule since 1956.

The organizing committee says it would have been nearly impossible to stage an event because of safety and travel concerns.

"The health of all participating teams and that they could return to their home countries in good health, was always the highest priority in our evaluation. We cannot make that guarantee," organizing committee president Mark Gianola said in a statement. 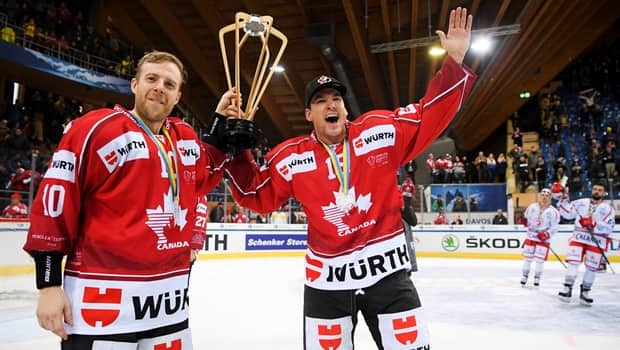 10 months ago
1:28
The Canadians grab their fourth Spengler Cup title in five years with a 4-0 victory over Trinec Ocelari of the Czech Republic. 1:28
CBC's Journalistic Standards and Practices|About CBC Sports