The International Ice Hockey Federation has cancelled 19 tournaments in both 2020 and 2021. But IIHF president Rene Fasel is optimistic about Canada's ability to pull off the 2021 world junior championship currently scheduled to open Dec. 26 in Edmonton.

The IIHF has cancelled 19 tournaments so far in both 2020 and 2021. Canada, a prominent participant in and host of international hockey events, has felt the impact.

IIHF president Rene Fasel is optimistic, however, about Canada's ability to pull off the 2021 world under-20 men's hockey championship currently scheduled to open Dec. 26 in Edmonton.

Alberta's capital city has hosted the NHL playoffs since Aug. 1 with "secure zones" walled off from the general public and no spectators at games.

"The NHL's experience will help very much," he told The Canadian Press on Monday from Switzerland.

"[The junior tournament] is not as long as the NHL's been out there since August. We still have to work on some details, but the [IIHF] council accepted the proposal from Hockey Canada. The participating nations are ready also to go to Edmonton." 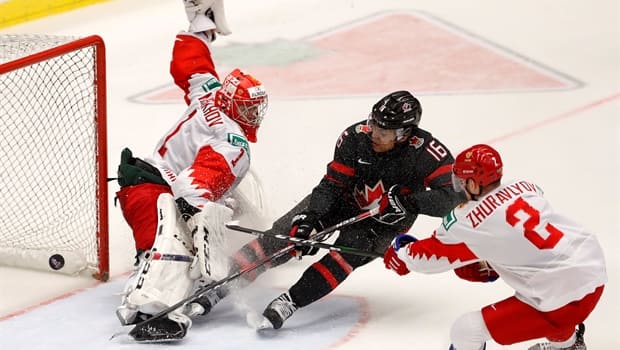 The 2020 world women's championship in Halifax and Truro, N.S., was among the first IIHF tournaments called off when the virus advanced upon North America in March.

Nova Scotia was compensated with the right to hold the tournament in 2021.

But while declaring with Hockey Canada last week that the world juniors in Edmonton still has the green light, the IIHF simultaneously cancelled 10 other tournaments.

Nine of them, including the women's world under-18 championship in Sweden, were scheduled for January and February in 2021.

Fasel said there are more unknowns planning the women's world championship, scheduled for April 7-17 in Nova Scotia, than there are for the world juniors in Alberta.

"I really hope we have some vaccine or the virus will disappear somehow, some way," he said. "On the other hand, we should also work on a bubble.

"I don't know if it will work on the same concept. We have to speak to Hockey Canada and the organizers.

"We have to see and do everything possible that we can run this tournament in Halifax. What are the costs actually to make such a bubble in Halifax, if we need to make a bubble? It's a little bit too early to make a decision." 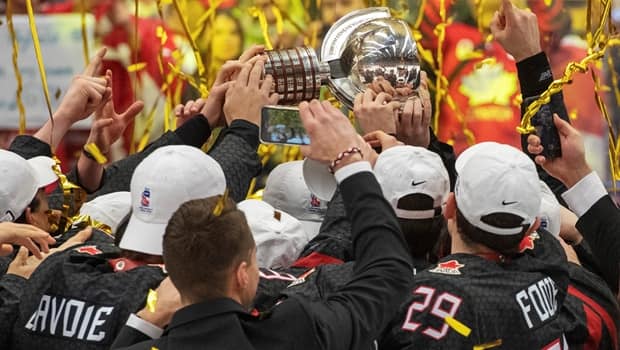 10 months ago
2:29
Akil Thomas scored late in the 3rd to cap a three-goal, third period comeback as Canada edged Russia 4-3 to win the 2020 World Junior Championship. 2:29

The IIHF was spared a devastating financial hit in 2020. The men's world championship generates roughly $25 million US in revenue which largely funds the IIHF's annual operations, according to Fasel. The cancellation of May's championship in Switzerland because of the pandemic was covered by insurance.

"That was lucky," the president said. "We could actually compensate some of our organizers and also pay some COVID support to the member national associations thanks to the insurance money."

The IIHF also draws revenue from a world junior championship in Canada.

Under an agreement with Hockey Canada to regularly hold the tournament in this country, where lucrative sponsorships and high television ratings and tickets sales make it profitable, the IIHF receives a share.

The women's championship, even in Canada, is not profitable, said Fasel.

"The under-20 worlds, I won't say it's a money machine, but it's huge," he said. "Hockey Canada makes money.

"We invest between $3 million and $4 million every year in women's hockey. We invest $1 million U.S. dollars in the women's world championship and it generates no income."

The IIHF, International Olympic Committee, NHL and NHL Players' Association met in February to discuss what it would take to get NHL players back to the Winter Olympics.

NHL players competed for their respective countries in five straight Winter Games before the league passed on Pyeongchang, South Korea in 2018.

July's memorandum of understanding between the NHL and the NHLPA to resume a season interrupted by the virus stated an intention to participate in 2022 in Beijing and 2026 in Milan and Cortina, Italy.

But Fasel acknowledged the pandemic's financial impact on both the NHL and IOC could affect negotiations on who pays for what, including insurance, to get NHL players on Olympic ice.

When the NHL will open the 2020-21 season is still uncertain. The postponement of 2020 Tokyo Summer Games to 2021 will hurt the IOC financially, said Fasel.

"We cannot travel. I would love to meet [NHL commissioner] Gary [Bettman] and Don Fehr from the NHLPA and continue the discussion," he said.

"If the NHL is not able to play the next season starting in December, then I think it's a very good question we have to ask Gary and Don, 'are you ready to come to Beijing and shut down the league for two weeks?"'