'We like our road game': Jets confident as series shifts to Vegas

After Monday's 3-1 loss to the Vegas Golden Knights tied the Western Conference final best-of-seven series at one game apiece, the Winnipeg Jets were taking their lumps and confidently looking ahead to Wednesday's Game 3.

The Jets won't be flying to Nevada carrying a heavy load of anger or desperation.

After Monday's 3-1 loss to the Vegas Golden Knights tied the Western Conference final best-of-seven series at one game apiece, the Winnipeg players were taking their lumps and confidently looking ahead to Wednesday's Game 3.

"You win one and all of a sudden they get one and we lose one. You think you have the momentum. We view this as it's a fresh start."

The Jets are 4-2 on the road during these NHL playoffs, winning once in Minnesota in the opening round against the Wild. They upped that to three wins away from home versus the Predators, including a series-clinching Game 7 victory.

The Nashville clash had also been knotted 1-1 and 2-2. 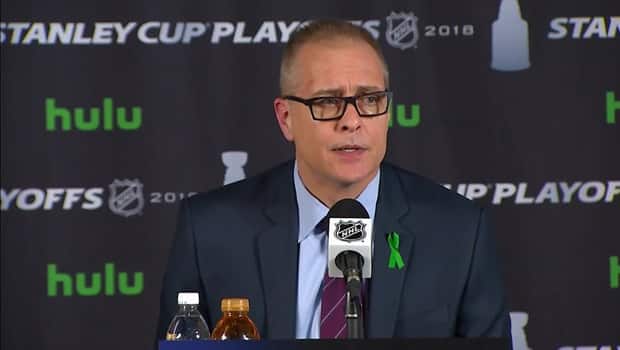 "I don't think anybody is panicking," Jets defenceman Jacob Trouba said. "We've been here before.

"It's a long series. We're going to go to Vegas. We like our road game, we like where it was in the Nashville series and we're going to try and bring the same effort."

The Jets were 1-1-1 against the Golden Knights during the regular season. They lost 5-2 in Vegas in November, won 7-4 at home the next month and lost 3-2 in overtime in Winnipeg in February.

The expansion Vegas squad quelled doubters in the first round with a sweep of Los Angeles. They moved on to eliminate San Jose in six games.

"We know their crowd's going to be excited," Stastny said. "They're going to feed off that, but we've played in hostile environments.

"We know how to play on the road." 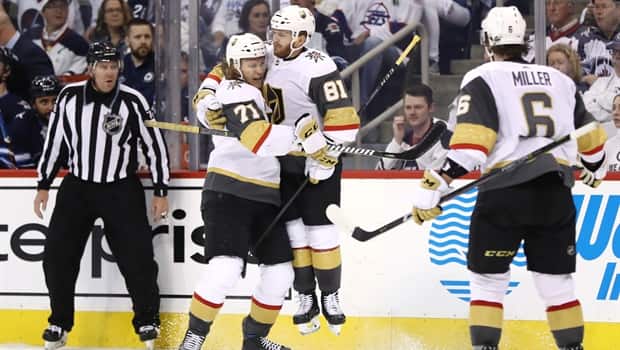 Vegas went up 2-0 in a four-minute span late in the first period Monday. Jets rookie Kyle Connor squeezed it 2-1 early in the third, but Jonathan Marchessault regained the two-goal lead 1:28 later with the top-line winger's second of the game.

"They're opportunistic, kind of in the same sense we can be," Trouba said. "If you give them a little light or a little day, they're going to take advantage of it.

"It didn't really matter what line it is, each line brings a little something different to the table and they can all rattle around in the offensive zone."

Jets captain Blake Wheeler said the team, which was practising in Vegas late Tuesday afternoon, needs to improve its response. 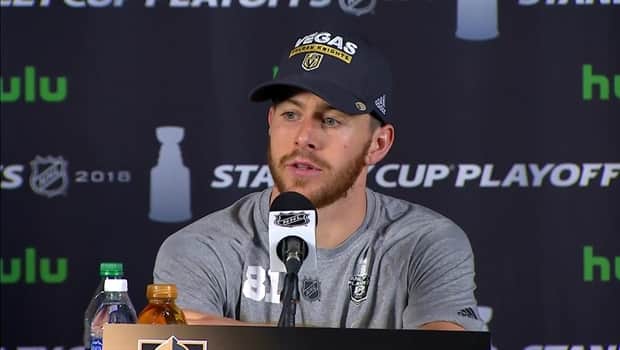 Jonathan Marchessault: 'Every time we need a big game, we show up'

"We've just got to stay with it better, realize that they have some guys on their team that can make plays as well," he said.

"There's going to be moments in this series where they get scoring chances. They're going to create some momentum and put the puck in the net. It's just a matter of how you react to it."

Despite the loss, it was the kind of game he enjoys.

"That was a playoff type game. Heavy on both sides," Wheeler said. "Outside of the few minutes there, it was back and forth. It was a great hockey game."