Hockey legend Wayne Gretzky is optimistic the NHL will be able to come back from the COVID-19 pandemic, "albeit in a different way," at some point this summer.

Wayne Gretzky is optimistic the NHL will be able to resume at some point this summer.

"The Great One" told The Associated Press on Sunday he's hopeful hockey and other sports will be able to come back from the coronavirus pandemic and serve as a positive sign that conditions are improving.

"I really believe somehow, someway, that the leadership in this country and in Canada, that we're going to figure this out," Gretzky said. "And I really believe that we'll see hockey and some sort of other sports in June, July and August, albeit in a different way, but I really see it coming to fruition. I think it's going to happen."

Gretzky, who holds the all-time records for goals, assists and points, is self-quarantining in California and trying to help the NHL with content during its pause for the pandemic. He and Alex Ovechkin recently taped their first joint interview to air Monday, and they'll play the NHL20 video game against each other Wednesday. 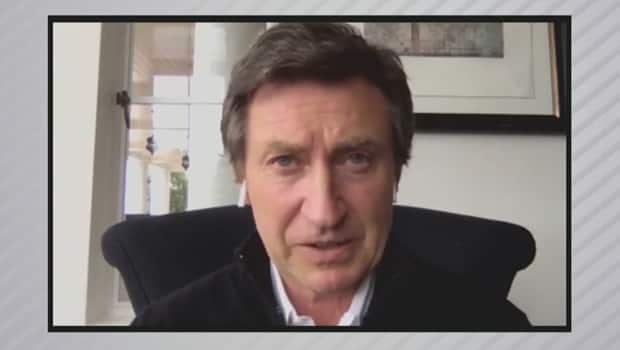 8 months agoVideo
2:47
During a video conference between the Great One and the Great 8, Wayne Gretzky encourages Alex Ovechkin to break his goal scoring record. The Capitals captain discusses the key factors that made No. 99 one of the greatest to ever play. 2:47

The league is considering several options on trying to resume this season, including going directly to the playoffs at several neutral sites. Gretzky believes the NHL will find a way.

"Maybe I'm wrong," he said. "Maybe I'm too optimistic. I think I'm not. I hope that that's a good sign for everyone that we're moving on in life, in business, in sports. I really see in the next couple months something good happening."