​Jimmy Patterson was a fresh-faced 22-year-old in the stands at the old Capital Center in October 1974 when the expansion Washington Capitals won their first NHL game.

From an 8-win inaugural season to the Stanley Cup final, it's been a long journey for D.C. hockey fans

Jimmy Patterson was a fresh-faced 22-year-old in the stands at the old Capital Center  in October 1974 when the expansion Washington Capitals won their first NHL game.

As he was leaving, an elderly man from Brooklyn told Patterson he'd always get to say he saw the Capitals' first win. The man smiled and added, "You can't lose 'em all." 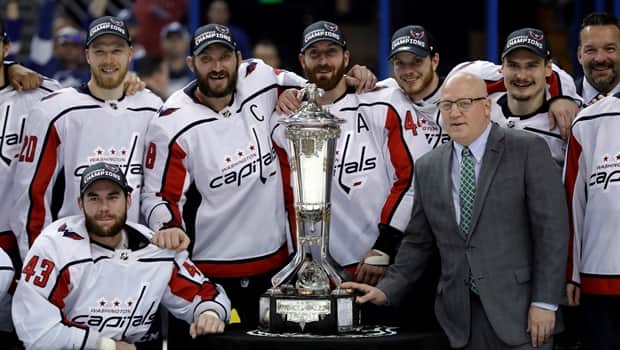 Forty-plus years, more than 3,000 games and 27 unsuccessful playoff runs later, Patterson and legions of longtime Capitals fans finally have a reason to believe that. Many who watched Wednesday night at an arena watch party far from Game 7 in Tampa Bay took to the steps of the National Portrait Gallery to celebrate the Capitals' first trip to the Stanley Cup Final since 1998. Game 1 in Las Vegas against the Golden Knights is Monday night.

"It's been really gratifying," said Patterson, now 65. "It feels a lot different, and it's a weird feeling."

Filling the area, fans chanted, "We want the Cup," "We want Vegas" and "DC! DC!" in an outpouring of joy decades and crushing losses in the making. Alex Ovechkin's Capitals are the first Washington team in the major four professional sports leagues to reach the final in a generation. To get this far, they had to not only outlast the Lightning but survive longtime playoff nemesis Pittsburgh, which has won the last two championships.

Chants of “We Want Vegas” from the Portrait Gallery steps. <a href="https://t.co/svn4ncMz9W">pic.twitter.com/svn4ncMz9W</a>

"It's been 20 long, dry years and we are back," Capitals public address announcer Wes Johnson said. "This is catharsis. Once we beat the Penguins, then you could see that the fan base was like, `Let's just play hockey.' As John Walton said, it's OK to believe. It's not just OK to believe. Just believe."

Among markets with teams in the NFL, NBA, NHL and Major League Baseball, only the Twin Cities in Minnesota has a longer championship drought going than Washington. The Redskins won their third Super Bowl title in January 1992 and it's been mostly grim since then. None of the Redskins, Wizards, Nationals and Capitals even reached a league semifinal from 1998 until this spring. 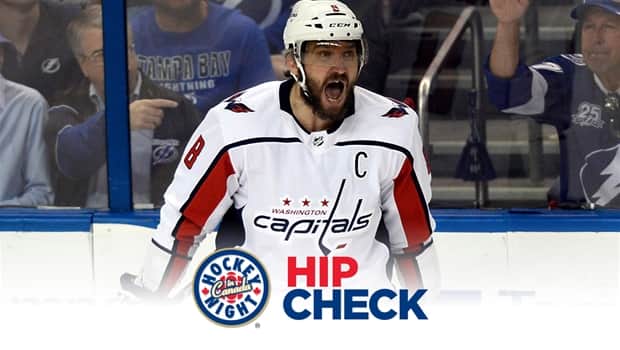 In that same time, Boston's teams have made 25 league semifinal appearances and won 10 titles. Maybe success is contagious.

"Last year all of those (other Washington) teams made the playoffs and then it was like, hey we got to do the same too, and we dropped the ball," Redskins running back Chris Thompson said. "If you see your D.C. teams succeeding and the Capitals now (in) the finals and stuff like that, it's a little bit of motivation."

The Capitals got over the hump in their 10th playoff appearance after early exits marred by sudden-death overtime winners, a hot goaltender named Jaroslav Halak, the New York Rangers and — of course — the Penguins.

"It's just been one nightmare after another," said Anthony Beverina, who has had season tickets in section 417 since 1997-98. "And it makes you wonder if there's some inherit either cosmic conspiracy or a core character issue in the core guys."

The reaction to Caps taking 1-0 lead 62 seconds in. Who else? Alex Ovechkin. <a href="https://t.co/GyHCkBkXNq">pic.twitter.com/GyHCkBkXNq</a>

The nightmare has slowly felt like a dream on this playoff run, which was unexpected following an offseason of salary-cap casualties in the wake of another crushing second-round loss to Pittsburgh. Players rallied around lower preseason expectations, and even going into the playoffs Washington wasn't supposed to do this.

"This team is so fun," said George Christo, a Boston transplant who has had season tickets since 1995-96. "This team is the most fun since that '98 team primarily because, both of those teams, who on earth expected either of these teams to be able to get this deep and to be that tough?"

After so many early playoff exits, Capitals fans are reluctant to feel too good about things. Christo said even his children have almost gotten sick of going to games —until this year, which has challenged a lot of the old conventions about doomsday D.C. sports. 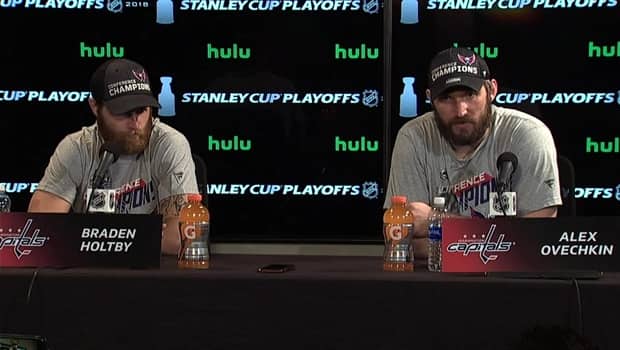 Alex Ovechkin: 'Been waiting for this moment for a long time'

"There are people sitting in season-ticket-holder seats because they're home mashing teeth and biting their fingernails," Patterson said. "A lot of fans around the country when their team is in the playoffs, they like to have get-togethers and parties, viewing parties for the away games and stuff like that. But if you've been through some of this stuff, after the second game of a playoff series, there won't be any of that because you can't have your friends over and watch a game and then have everybody in that awful mood when it's over and they're shaking hands and you're on the losing side."

It was the opposite Wednesday night when almost 10,000 people wearing red watched on video screens above a basketball court as Capitals players and coaches were on the winning side of their handshake line with the Lightning. Cheers greeted Ovechkin touching the Prince of Wales Trophy and then the flash of the Stanley Cup Final schedule before the series against former general manager George McPhee's Vegas Golden Knights begins.

"We're going to the Stanley Cup Final," Ovechkin said. "I think everybody is happy, but we still have unfinished, you know what I mean. I don't know, I'm emotional right now. I think we've been waiting for this moment for a long time." 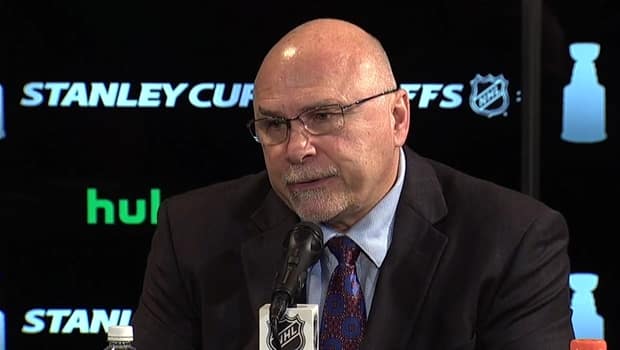 Barry Trotz: 'Our leaders were fantastic'

Game 3 on June 2 will be the first Cup Final game in the district since 1998, when the Capitals were swept by the Detroit Red Wings. One more win will make this the most successful season in franchise history, and though superstition and history keeps fans from thinking about the "what if" of four more, they're no longer afraid to enjoy the ride.

"Now you're excited by the win, you're not just dreading how are they going to blow this game," Beverina said. "It's been nothing but fun this year."

That fun extends to the Capitals' locker room, which looked to have much less talent on paper than in previous seasons. But players feel different about this year, too, and have embraced each other as much as their common goal.

"I think our group here really understands what it means to be a team and how to win," goaltender Braden Holtby said. "Maybe in the past we've had more skill or been better on paper or whatever. But this team everyone knows their role and everyone wants to pitch in and everyone is comfortable with each other. I haven't been on a team like this where in any situation we're confident and confident in each other."